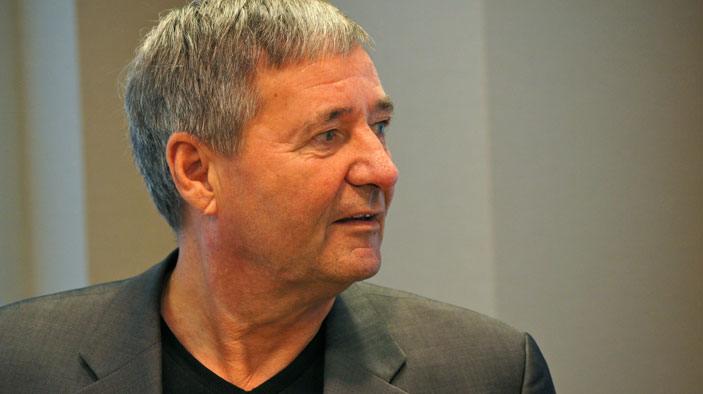 He joins Jimmy Wales, the founder of Wikipedia; Annette Campbell-White, a successful venture capitalist and founder of MedVenture Associates; and Peter Baldwin, professor and co-founder of the Arcadia Foundation.

Niels Christian Nielsen, an international leader in technology, research, and education, has been appointed to the Wikimedia Endowment Advisory Board as its fourth permanent member. He joins Jimmy Wales, the founder of Wikipedia; Annette Campbell-White, a successful venture capitalist and founder of MedVenture Associates; and Peter Baldwin, professor and co-founder of the Arcadia Foundation.

Niels will join the board that is entrusted with overseeing the Wikimedia Endowment, a permanent source of funding to ensure Wikipedia and the Wikimedia projects thrive for generations to come.

“Wikimedia is increasingly one of the most influential forces in the twenty-first century,” Nielsen says:

It’s a global community of tens of thousands of contributors, and serves hundreds of millions of users globally. It offers an open model that enhances the commitment to free knowledge and verifiable fact. In a time of fake news, alternative facts and changing roles of technology platforms, the value of Wikimedia is indispensable. We need to ensure its longevity and vitality—its ability to innovate itself—for decades, centuries to come. I want to contribute my part towards that purpose.

Niels serves or has served on the boards of some thirty companies, including twelve as chairman. These include both public and privately held companies around the world and in multiple sectors: IT, financial services, advanced manufacturing, media, professional services, edtech, biotech and venture capital.

“Niels Christian Nielsen has the kind of global connections and experience that mirror Wikipedia’s range and influence,” says current Endowment Board member Peter Baldwin. “His voice will be crucial to securing Wikipedia’s continuing presence.”

Earlier in his career, Niels was the founder and CEO of Catenas, a venture to create a globally leading professional services corporation. He was part of the team that, through a sequence of mergers, created the Danish Technological Institute (DTI), a technology consultancy and industrial research lab.

Niels has initiated a number of large strategic projects, involving multiple participants and public-private collaboration. He designed the Danish Network Cooperation program, which was subsequently adapted in a number of other countries, often with Niels as strategic advisor. He proposed the creation of the Learning Lab in Denmark and was a member of its Board and briefly its interim CEO, helping to contribute to innovation in education. As Managing Director of World Refugee School he plays a central role in this private sector initiative to leverage technology and bring scalable, affordable quality education to the world’s refugee children.

Niels has also been involved in Green Tech initiatives for decades through his work with the Danish Energy Research Council, the Copenhagen Climate Council (which he helped form), the Turkish government’s Sustainable Growth Strategy for South East Anatolia, and large-scale green urban developments.

Niels speaks frequently on business, and he has contributed to a number of books on network cooperation; the knowledge-based economy; leadership; competitiveness and green growth strategies; technology, services and organizational innovation; and education, including the Danish bestseller Verdens Bedste Uddannelsessystem(The World’s Best Education System). He has advised governments in Scandinavia, Spain, Portugal, the UK, Australia, New Zealand, the US, Canada, and Turkey.

A native of Denmark, Nielsen holds a Master of Arts degree in Philosophy. He is a visiting scholar at The University of California Berkeley and an Adjunct Professor at Copenhagen Business School.