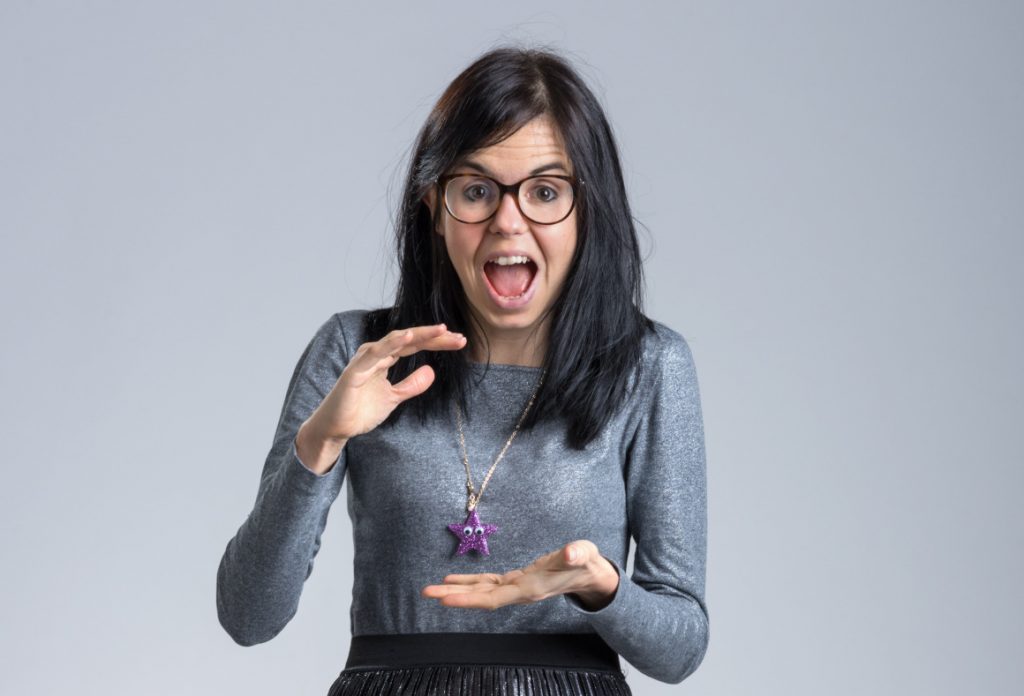 By day, Dr. Jess Wade is a physicist best known for her work on “polymer-based, circularly polarising, light-emitting diodes.” But in the evenings (and on the weekends, and as other time permits) Dr. Wade is a strong advocate for increasing diversity and inclusion in STEM subjects, speaking at conferences and starting a campaign on Wikipedia to promote more early-career women scientists and woman role models in STEM. Her Twitter account introduces the world to dozens of female scientists—people like molecular biologist Jenefer Blackwell and chemist Mande Holford—through their newly created Wikipedia pages. We reached out to Wade to learn more about her work on Wikipedia, where she’s currently working on a year-long to craft a page a day about an “awesome underrepresented group working in science and engineering.”

How did your interest in adding biographies of women scientists to Wikipedia begin?

I’m tirelessly pro-equality, and spend all my free time working with the Institute of Physics and Women’s Engineering Society (WES) to increase the representation of women in physics. About two years ago on International Women in Engineering Day I met Dr. Alice White, a Wikimedian-in-Residence working at the Wellcome Collection in London. Alice was running a wikithon training members of WES on how to use Wikipedia—uploading stories from the wonderfully archived journal The Woman Engineer onto the world’s favourite encyclopedia.

Whilst the training only lasted a couple of hours, my enthusiasm lived on! A year or so later, Alice and I applied for some money to run wikithons in schools, learned societies and universities—teaching other people how (and why) to create biographies of women in science. It wasn’t having a huge impact though—a few pages here, a couple of stubs there—but when I woke up on January 1, 2018, I figured I’d set myself a challenge: one page about an awesome underrepresented group working in science and engineering every day that year.  I guess we’re about halfway through now!

How do you decide who to include? I’m also curious about the research you do for each bio.

Sometimes I am just scrolling through Twitter and read a tweet about or by someone who sounds interesting, and look them up. Because that’s what scientists do right? When we’re inspired by an idea or a person, we do some researching to learn more.

Well, what I was noticing was that most of the time the first search result wasn’t a Wikipedia page, but a university site, or a blog, or a TED talk. These aren’t just early career noobs like me—these were Professors, award-winners, inventors. So those kind of people are high on my list of who to make. Then there are fellows of learned societies and prize winners. Sometimes I just search through the faculty at particular universities—maybe ones I’m collaborating with or visiting—and sometimes I just see people do a talk or read their papers. There isn’t much logic.

The Twitter account @blackphysicists has helped me find heaps of African-American scientists who are wiki-worthy. Then I spend a couple of hours searching for impartial sources—citations written when they’ve won an award, news reports about their research, announcements when they receive promotion. There are heaps of newspapers archived online for free, which helps, especially when trying to work out women’s maiden names. I love when I can find where they went to school, what their parents did and who inspires them—that sounds weird I know—I think it helps readers understand that scientists are just normal people who found something they love.

What has the reception been on Twitter? With the scientists? Within the scientific community?

It has been great! I have to admit for every sad thing I read about the toxicity of social media and Twitter, there are heaps of positives on there too. Sometimes people send me suggestions and ask for me to make the pages of their professors. Sometimes teachers respond with how happy they were to learn to share a story with their class. When we hosted a wikithon at Imperial, where I work, lots of members of faculty emailed suggestions of people who deserved a page. I think the stream of friendly tweets has inspired other people too—editing Wikipedia is so easy and rewarding that everyone can get involved, whether it is from their lab, bedroom or office.

At first I wasn’t great at sourcing impartial references—I relied on blogs or interviews, and as any experienced wiki editor will know, that won’t cut it when it comes to editorial review! (Editor’s note: For more information, see the English Wikipedia’s pages about verifiability and identifying reliable sources.) But I’ve learnt in the past six months, I get really sad when my pages get nominated for deletion—not because of the time investment, but because the people I’m creating are genuinely brilliant and don’t deserve to have their notability questioned. The notability criteria are a bit time-expired: academics are usually only deemed worthy if they are a Professor at an impressive university, have a high number of citations, or have won an internationally recognized prize.

Whilst that’s all well-and-good, it doesn’t take into account the amount of public engagement early career scientists are doing—they aren’t just sitting in their labs but writing books, newspaper articles, and doing TED talks. The notability criteria for early career faculty who are significant public figures hasn’t been written yet. I’ve recently become “autopatrolled”, so I don’t have to have my pages reviewed, but before then I noticed that it would take longer for the pages of African-American women to get reviewed. So I just got better at making their pages to avoid any criticism.

How does your Wikipedia work fit into the larger outreach work you do?

How does it fit into my life would be a better question! Really I talk about it with all the schools and academics I met, encouraging them to share biographies and images on Wikipedia. I’m trying to get more scientists to upload diagrams and lab photos onto Wikicommons. The overarching mission is to help the Institute of Physics on their decade-long campaign to increase girls’ participation in physics—their Improving Gender Balance project has just started to show big improvements when the whole school is on board with tackling gender stereotyping. Most outreach activities are aimed just at girls (the big “Girls in STEM” drive that seems to be worldwide at the moment), but won’t have any lasting effect unless parents and teachers are involved as well. The IOP have shown that working with teachers from every department (from psychology to physics to geography) has the most chance of helping girls recognise their ability and potential. We also need to improve careers advice, so girls and boys get up-to-date insight about the kinds of things people with degrees in physics and maths do. Wikipedia pages help a lot there!

What’s been your favorite biography to work on? Why?

Gladys West, the African American woman born in the ‘30s who did the original mathematics for GPS. She didn’t even know she was doing it! I saw a tweet about her in Black History Month, made the page that evening, and then a few months later she got picked by the BBC as one of their 100 women.

My first proper page was Kim Cobb, a climate scientist at Georgia Tech who studies corals. I’ll always look to her as an inspiration—she is a professor with 4 kids who still finds time to travel the world to collect samples with her lab. Roma Agrawal, the structural engineer from Mumbai who did A-Levels in London before completing a degree in physics—she’s great. Roma was responsible for designing and building the top of the Shard (the tallest building in London) – and has recently written her first book, Built. It’s amazing how much of their lives I can remember! I’m writing this on a plane with no wi-fi.

I am just grateful with every editor at Wikipedia for being patient whilst I found my feet and helping me out when I make spelling mistakes and grammatical errors. I’m forever in debt to Alice White, who first showed me how to wiki, then helped me to show others. 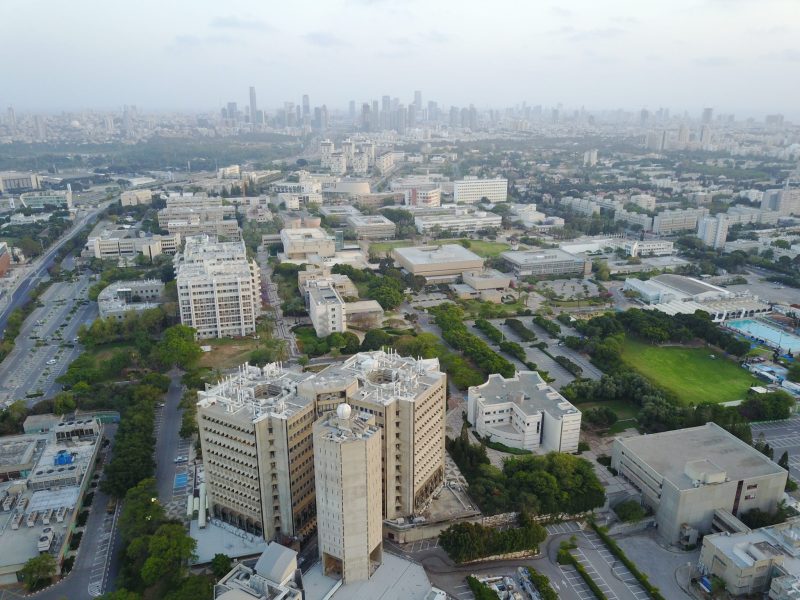 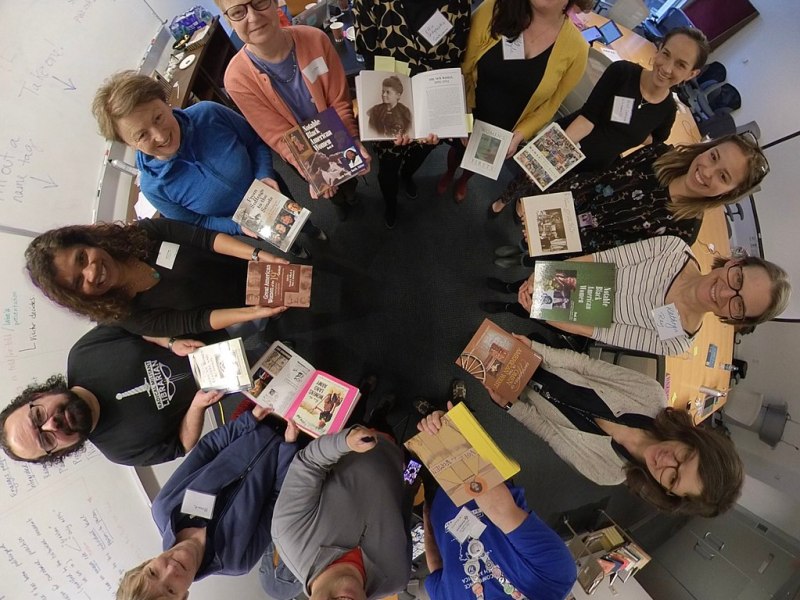