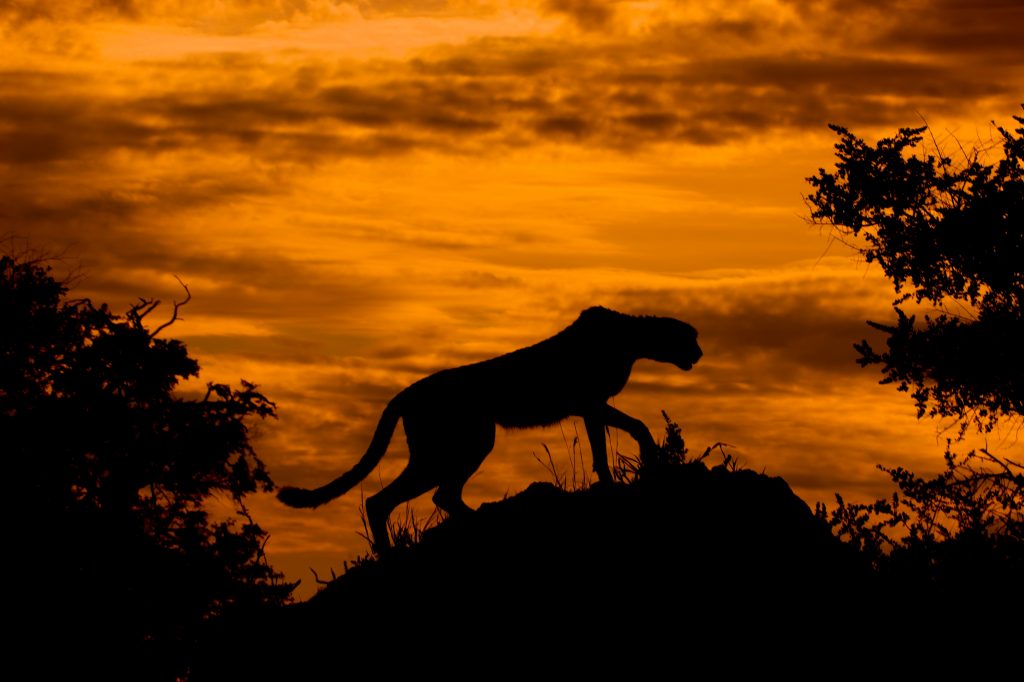 The Wikimedia movement has long prospered at the intersection of technology and social initiative. After all, the [edit] button on the top of every page is a deceptively simple piece of technology that allows communities of editors to continuously improve the “sum of all human knowledge.” As Wikipedia’s community has grown, so have technologies that allow increasingly sophisticated ways of advancing our amazing mission. How can we take these collaborations even further?

As part of the Wikipedia 15 birthday celebration (#Wikipedia15) in January 2016, the Wikipedia Library team (@WikiLibrary) ran a social media campaign asking librarians all over the world to “Imagine a World where Every Librarian Added One More Reference to Wikipedia.” We called it #1lib1ref.

We were inspired by how the skills and perspectives of librarians align with the Wikimedia community’s: valuing good research and citation practices, a tendency for organizing information, expertise in helping people find research, and a desire to preserve knowledge of all types. Though the campaign didn’t actually involve every librarian in the world, we found it to be a great success, reaching at least 30,000 readers and soliciting over 1,250 edits to Wikipedia. (To read more about what happened and what we learned, check out the lessons from the campaign). Our campaign helped librarians recognize how reaching out to Wikipedia’s global audience can serve their needs, interests, and mission as well.

This campaign was more than an outreach effort: it helped us to explore new technologies that facilitate diverse communities to participate in Wikipedia. To support a clear call to action for librarians, we incorporated three social technologies to grow the campaign: social media, hashtags (both inside and outside of Wikipedia), and microcontributions. Together they helped us share an inviting and compelling story of collaboration between Wikipedia and libraries.

The first experiment in our campaign focused on the use of social media for community programs. Wikipedia’s content emerged from a fundamentally social context: volunteers came together to help share knowledge. Growth of the early Wikipedia community largely emerged from participants’ social networks: listservs and personal relationships helped volunteers discover the project, and many of these editors continue to be motivated by the social good created by Wikipedia.

The Wikimedia community still uses social networks and activities to help organize and grow. For example, campaigns like Art+Feminism spread via Facebook to solicit interested Wikipedia readers to show up at physical locations where volunteers are hosting satellite events.

#1lib1ref explicitly targeted the library community through social media–specifically Twitter. Doing so tapped into a pre-existing and robust interconnected network of folks engaged in digital reference around the world. Twitter was the ideal tool for this campaign. To begin with, we harnessed our existing @WikiLibrary account, which had already followed thousands of relevant thinkers and potential collaborators. By sharing content regularly, we built up our follower base as well, creating a broad and receptive audience for our messaging.

Twitter has an infinite ‘feed’ of information, but moments are highlighted and rebroadcast as “likes” and “retweets”. A tweet from us might be picked up by a librarian in Calgary, retweeted to her network, and then retweeted from an official Internet Archive account. Twitter is the ideal venue for viral campaigns, because virally is the only way information spreads through its platform.

The dialogue on Twitter was so widespread, engaging, and fun that we captured it in a Storify, a narrative of tweets and posts that shows how the thousands of little pieces add up to something more impactful. The hashtag is a fundamental technology on most social media platforms today, helping connect disparate activities under a single label or tag, a collective set of tangentially related elements. Since its inception as a tool on Twitter, the hashtag has become a nearly ubiquitous strategy for social communities to spontaneously organize collaborative efforts, whether that’s on Instagram, Facebook, Twitter… or Wikipedia.

In March 2015, the Hatnote team (volunteer developers Stephen LaPorte and Mahmoud Hashemi) announced that the “humble Hashtag is now on Wikipedia”, launching the first hashtag search for Wikipedia edits: a tool that looks for hashtags in edit summaries and computes statistics about their usage. This was a key tool to track #1lib1ref edits. (Learn more about how the hashtag is being used throughout Wikimedia project.)

Usage on Wikipedia was easy because we already established a single, unique, unified hashtag for our campaign. This was in contrast to a previous and less successful global virtual event we ran around open access where we just piggy-backed on the general #OAweek15 hashtag, which yielded little uptake. The #1lib1ref hashtag provided a number of benefits:

The hashtag encapsulated the goal of the campaign, making it easy to recognize, decipher, and follow. Participants traveling from one communication channel, such as Twitter or Facebook, into Wikipedia were able to use one common communication tool to tie their edits to the larger campaign. It helped new editors learn the purpose of edit summaries. It provided a lightweight way for us to track the changes made by campaign participants, saving us from extra steps like collecting usernames or emails, and running Wikimetrics and Quarry reports.

As with other technologies, the hashtag was only adopted by some participants some of the time — many forgot to add the hashtag in their edit, or misused it on Wikipedia and other social media channels. That is okay, and part of the nature of working collaboratively and virally — it’s imperfect. But this one simple tool provided connection and brought together thousands of remote participants.

The hashtag challenges the Wikimedia community to think: How can we acknowledge the social connections that make Wikipedia editing compelling, in a way that meaningfully unites contributions across the myriad sites and silos of the digital world?

Readers of the larger Wikipedias, like English Wikipedia, often only see articles after many years of volunteer collaboration—with dozens or hundreds of footnotes and a large body of well-researched text. To these readers the knowledge we produce can look almost complete! But our regular contributors to Wikipedia know that a continuous flow of small changes is what creates our work of collective knowledge.

Dozens of small edits help take a Wikipedia article from the smallest unreferenced “stub” into a well-developed “Featured Article”. For experienced editors, the steps between these levels of quality are intuitive, but for readers who want to become editors, they’re often hard to understand. For #1lib1ref, we used a tool that highlighted just one of the steps: adding references to verify information. The tool we found for this campaign was called Citation Hunt.

Citation Hunt was created by volunteer developer Guilherme Gonçalves to answer a nagging question: how could he create a fun and simple way for him to contribute to Wikipedia? Citation Hunt’s answer was a simple interface with a single function: the tool shows you a piece of text tagged with [citation needed], then you find and add a reference for it (or skip to another entry). Unlike other tools, Guilherme explained to us, “it was not only made for new editors, but also by a new editor, so I got to shape it in a way that solved my own problem of trying to become a contributor to Wikipedia. Thankfully it ended up working for others too!”

Librarians during the #1lib1ref campaign were very excited by the tool, giving it praise on multiple occasions. “cool way to explore [paragraphs in Wikipedia needing citations]”, wrote one on Twitter. Some librarians even describing it as addictive: “Now I’m stuck on this Citation Hunt tool”, and another librarian responded “It’s like a pokie machine for librarians. DING dopamine hit.”

I’d suggest making sure that tools for new editors are very focused and specialized, even if that means omitting powerful features. Tools that target new editors should address individual problems that are easily understood, and the tool should ultimately prompt the user to perform clear, small and self-contained actions that, if possible, leverage their expertise to keep things interesting.

That’s an excellent definition of a microcontribution.

Imagine: hundreds of thousands of articles are in the English Wikipedia backlog of maintenance tasks and many parts of English and other language Wikipedias need additional maintenance. Though Guilherme is focused on expanding the utility of Citation Hunt, he already has other ideas about where else new editors could help if the editing worfklow was more “manageable”.

Category:Underpopulated_categories seems like a good candidate for gamification too, and it looks very suitable for absolute beginners. Category:Articles_needing_sections and Category:All_copied_and_pasted_articles_and_sections also look nice for slightly more experienced newcomers. I’d love to see the articles/sections in these categories made available for browsing in a clever way, and perhaps paired with mentors to give feedback on the new editor’s contributions if they’re nontrivial.

Other developers are capitalizing on similar opportunities, most notably Magnus Mankse’s Wikidata Game that allows a lightweight but engaging way to help clean up parts of WikiData without having to understand how all of Wikidata is organized. What an amazing and easy way to help others participate in Wikimedia projects!

There are a lot of opportunities for expanding both the #1lib1ref campaign and the social technologies that helped make it a success. For the first year, we found that the campaign spread best in languages and communities where volunteers and local Wikimedia affiliates committed to sharing the story in social media platforms and through strategic partners. The English, Spanish, and Catalan communities were particularly motivated. To truly help all librarians participate in their local Wikimedia communities, we hope to find more global leaders to share the message about #1lib1ref in their local contexts.

We are also seeing continuing impact, like librarians at Butler University writing Wikipedia Education Program Assignments on how to add a single reference or an Italian librarian and Wikipedian engaging her public library network with an umprompted presentation on the campaign.

Moreover, we think that #1lib1ref can offer a model for future campaigns using strategies for developing outreach for the Wikimedia movement. Engaging new communities is about finding the right intersection of technology and social initiatives, and what works well in one context is likely to find success in another.

1Lib1Ref spreads to the Southern Hemisphere and beyond

#1Lib1Ref is an annual campaign where librarians and other contributors to Wikipedia add references to improve statements with the ultimate objective of improving the reliability of Wikipedia. In 2018, the Iberocoop Network participated in the #1lib1ref campaign (1bib1ref in Spanish) in Latin America. The campaign ran for three weeks in May 2018, to commemorate the…. 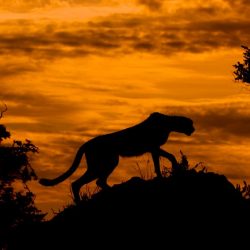 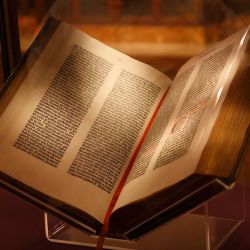 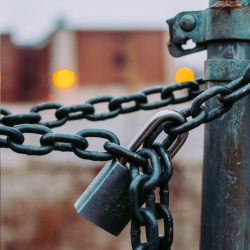