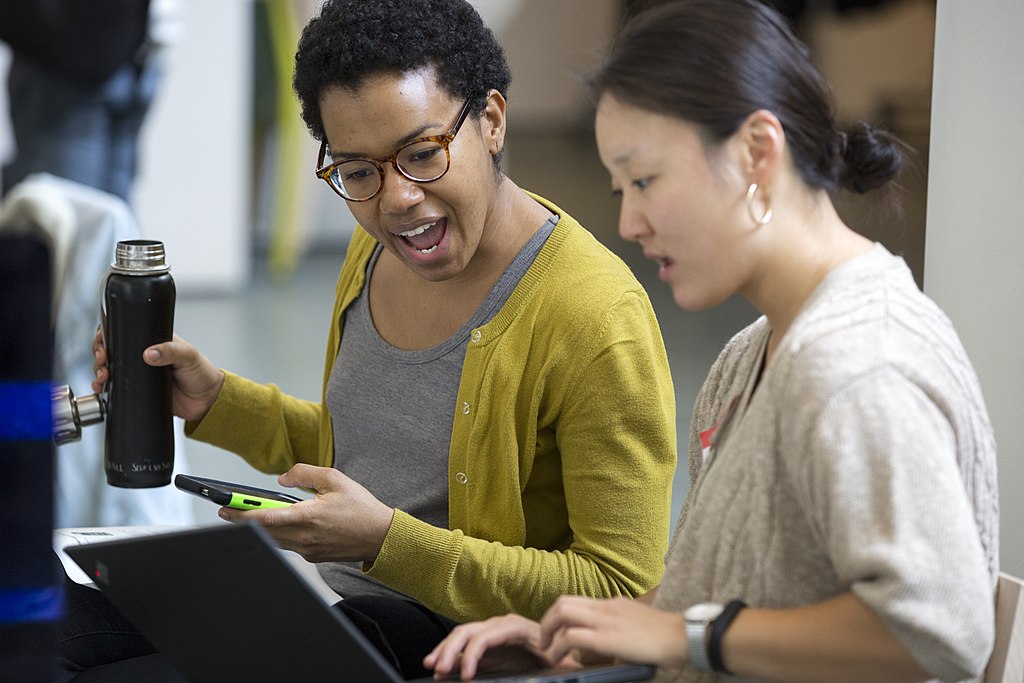 Editing Wikipedia at the Art+Feminism at The Museum of Modern Art, New York City, 3 March 2018.

Maybe you’ve already heard the story of how the global edit-a-thon known as Art+Feminism got started. It goes something like this:

Five years ago, four friends—Siân Evans, Jacqueline Mabey, Michael Mandiberg, and Laurel Ptak—gathered together to discuss an idea for promoting Wikipedia as a place to challenge one of the ways women are silenced: through the preservation of information. That discussion became the Art+Feminism campaign.

Our goals today still revolve around combating gender inequity on the internet, using Wikipedia as a tool for correcting the written record on cis and trans women. And in the last year, all of us—from the leadership collective to the thousands of organizers, artists, librarians, activists, and editors who make up our global Art+Feminism community—have experienced many lessons, challenges, and triumphs.

Take the month of March, for example. Over 4,000 people at more than 315 Art+Feminism events around the world came together to create or improve nearly 22,000 pages on Wikipedia, with a total of 43,000 content pages created or improved! That’s four times the output of our 2017 events. Four times. Out of 357 initiatives across 80 countries, we were named as 1 of 5 finalists in the #EQUALSinTech Leadership Award Category.

Our fifth-annual Wikipedia edit-a-thon at the Museum of Modern Art, an all-day event designed to generate coverage of feminism and the arts on Wikipedia, took place on 3 March 2018 with hundreds of partner events around the world. It featured tutorials for the beginner Wikipedian, ongoing editing support, training on combating implicit and explicit biases, reference materials, childcare, and refreshments, with the leading panel “Careful with Each Other, Dangerous Together,” about the relationship between structures of inequality on the internet, the emotional labor of internet activism, and creating inclusive online communities with Caroline Sinders, Sydette Harry, Salome Asega, and Sarah Jaffe.

Art+Feminism’s regional organizers continue to amplify the way the project resonates with and reaches people all over the world. This year, we focused on Latin America, where Melissa Tamani has done concentrated outreach, quadrupling the number of events in that region compared to last year.  These nearly 30 events stretched from Laboratorio Cultural del Norte, Chihuahua, Mexico, to the Museo Nacional de Bellas Artes de Santiago. 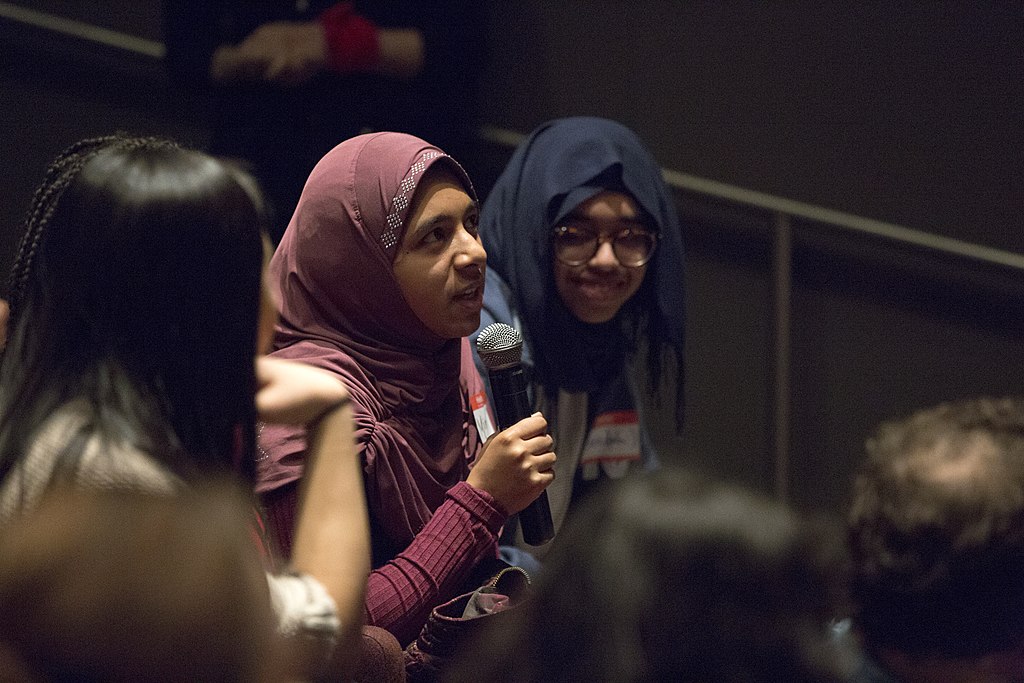 Our success is because of the commitment that we share with hundreds of organizers around the world to see the voices of cis and trans women made visible and their achievements shared just as widely as their male identified peers. We want to see justice done and each year,  we work to refine our strategies, our organizing, and our materials so that they are made even more accessible than the year before. With that goal in mind, we launched our Quick Guide for Organizers and our Quick Guide for (New) Editors. Both guides have been made available on our training materials page in English and Spanish. On 30 September of this year, we are launching our redesigned training guides for organizers in PPT form in English and Spanish with more guides to follow translated into French and at least one African language with the goal of translating our materials for new editors and organizers into at least five additional languages in the next three years of our campaign. In addition to content focused on quick tips for organizing edit-a-thons and editing Wikipedia for the first time; we’ll be launching even more materials in the future focused specifically on advancing gender justice on the internet, designing brave/safe space policies through a lens knowledge equity and anti-harassment, and more.

Beginning this project, we knew that our role would not only be to empower cis and trans women to edit online but to stand with them as they are challenged by those who do not see value in their perspective nor value in them. Art+Feminism is about making Wikipedia a more complete and representative source of information, but it doesn’t end there for us. It’s about dismantling systems of thought that diminish or erase entirely the place marginalized people and their communities have in our history.

As we have addressed many glaring omissions about women on Wikipedia, we have seen our focus turn towards improving existing articles: for example, the first year we created 101 new articles, and improved roughly the same number, while this year we improved 7 times as many articles as we created.

Our task is to take what we’ve made to the next level. From there, our task is to leverage the reach and impact of our social justice community to recognize that Wikipedia is just one of many tools that can be used to combat gender inequity and biased, informative content on the internet. We have so much to do, and we’re ready to take on the task of continuing to iterate and improve as our campaign evolves and adapts as it needs to.

Look at what we’ve done—and there’s even more to come.