Earning «featured» article status on Wikipedia is no small feat. Only ~0.1 percent of 5+ billion articles on the English Wikipedia achieved this designation, signified by a star icon to the right of the title. They’re considered the best articles Wikipedia has to offer.

Volunteer editors often spend hours researching, sourcing, and writing these articles. Take the article on Vasa, for example. It goes to show that any Wikipedia article can be a featured article—even one about a centuries-old Swedish shipwreck. But it wouldn’t have happened without the efforts of Peter Isotalo.

Isotalo helped rewrite the English Wikipedia article on the 1628 shipwreck. According to Vasa’s Wikipedia article, the ship “has become a widely recognized symbol of the Swedish ‘great power period’ and is … a de facto standard in the media and among Swedes for evaluating the historical importance of shipwrecks.” Today, Vasa is a museum ship in Stockholm.

Isotalo worked with fellow editor Henrik to re-write the English version of the Vasa article. He describes the ship as a time capsule, one that “offers an insight into a completely different, lost world. It has a physical presence that makes it easy to comprehend and size up even for non-nerds like myself.”

Isotalo is a trained records manager and archivist with a bachelor’s degree in history. Isotalo describes himself as a civil servant/bureaucrat of the Weberian variety, and works for the Swedish Committee for Afghanistan, a foreign aid non-governmental organization (NGO).

Born in 1980 in the-then Soviet Union, Isotalo moved to Sweden as a child. His interest in maritime history was kindled during this time, as he was able to visit the Vasa Museum and later work in the Vasa Museum’s gift shop.

The latter experience came in handy when writing the Vasa Wikipedia article. He had easy access to the museum’s staff—including its Director of Research Fred Hocker, who Isotalo called “one of the leading experts onVasa.”

These individuals were able assist him in learning about history of the ship and its recovery, what was happening in Sweden and its navy around that time, and Vasa’s preservation efforts.

After Vasa, Isotalo continued onto another lost warship raised hundreds of years after being sunk—England’s Mary Rose. It’s also a featured article.

Isotalo estimates that he has spent hundreds of hours on the two articles. “When I get hooked on a particular topic and really go for it,” he says, “I tend to pursue pretty much every lead I can get a hold of.” This sort of obstinacy has helped in ensuring that the articles are complete; he points to the “Causes of sinking/Modern theories” section in Mary Rose to make this point.

“I spent quite a lot of time tracking down different perspectives and made sure to check up even on fairly obscure references,” he said, including “a rather minor (but important) critical note about potential eyewitness bias from Maurice de Brossard in a 1984 issue of Mariner’s Mirror.”

Presenting all sides for a neutral point of view

Extensive research, however, posed its own set of problems. “The history of [Vasa and Mary Rose] is often subsumed under layers of dramatic storytelling,” Isotalo says. “There is a tendency to fit into a rather nationalist historical narrative—especially with Vasa, where the history of the ship itself has been presented through the perspective of being the personal property of an absolute monarch, which is clearly not true.”

The modern discovery of Vasa in the 1950s is often portrayed as the work of a single man (Anders Franzén), and previous knowledge of the ship’s location has been largely ignored or glossed over. The decision to salvage the ship is also portrayed as something more or less self-evident, though it really wasn’t. Today, most maritime archaeologists would consider it an unnecessary (and extremely costly) risk to salvage entire shipwrecks. To this day, there aren’t even rough estimates of what it actually cost to salvage Vasa, or who footed the bill.

Isotalo’s connections and Wikipedia work were also useful in obtaining a set of 57 images from the Mary Rose Trust, the charitable organization that runs the Mary Rose museum and is charged with preserving the ship’s remains.

Isotalo’s interest in maritime history on Wikipedia has continued after writing about Vasa and Mary Rose, manifesting itself in several more featured and high-quality articles: 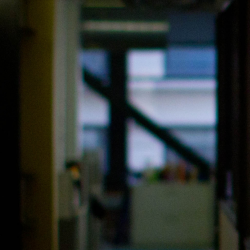