I am happy to announce that we have completed the most collaborative, interactive drafting of a proposed terms of use for any major website.   For more than 120 days, the Wikimedia community reviewed, drafted, and redrafted with more than 200 edits modifying the original proposal.  While accumulating 19,000 page views, community members offered comments, edits, and rewrites.  Complete or partial translations appeared in 20+ languages.   With over 4500 lines of text and as many words as Steinbeck’s classic “The Grapes of Wrath,” discussion helped ensure a thoughtful process.

If you’re interested in more detailed reasons why we are proposing updated terms of use, you can find a thorough discussion here.  Suffice it to say, we are consistent with other like-minded organizations, which have incorporated similar agreements, including Internet Archives, Creative Commons, Mozilla Firefox, Open Source Initiative, Project Gutenberg, Linux Foundation, StackExchange, WikiSpaces, and WordPress.com.

Specifically, in its more than 320 printed pages of discussions, the community raised, discussed, and resolved more than 120 issues.  There were many substantive and editorial changes that greatly improved the document.  Much language was deleted or tightened at community request.  As part of this process, the community addressed a number of interesting topics, such as:

From a process standpoint, the legal department will circulate the proposed terms of use within the Wikimedia Foundation internally, and then the department anticipates recommending their adoption to the Board.  We expect the Board will take some time to review before reaching a final decision.

Needless to say, this project would have been impossible without the hard work and expertise of our community. Through their tireless effort, the community mentored important and deep discussions on critical subjects for Wikimedia.  The process forced us to think about issues that we had never addressed directly. In short, the value of collaboration quickly became obvious. Its magic created a document many times better than the original.

Read more Community, Foundation, From the archives, Legal, Terms of use 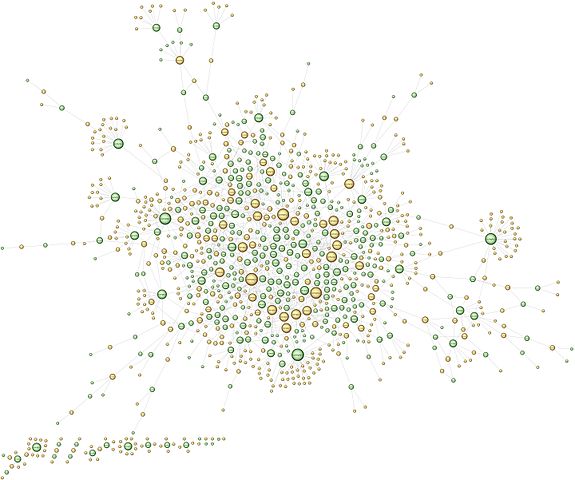 Communications Community From the archives Wikipedia

After weeks of investigation, volunteer editors on English Wikipedia announced today that they blocked 381 user accounts for undisclosed paid advocacy.

Making a change to our Terms of Use: Requirements for disclosure

This change will clarify and strengthen the prohibition against concealing paid editing on all Wikimedia projects.