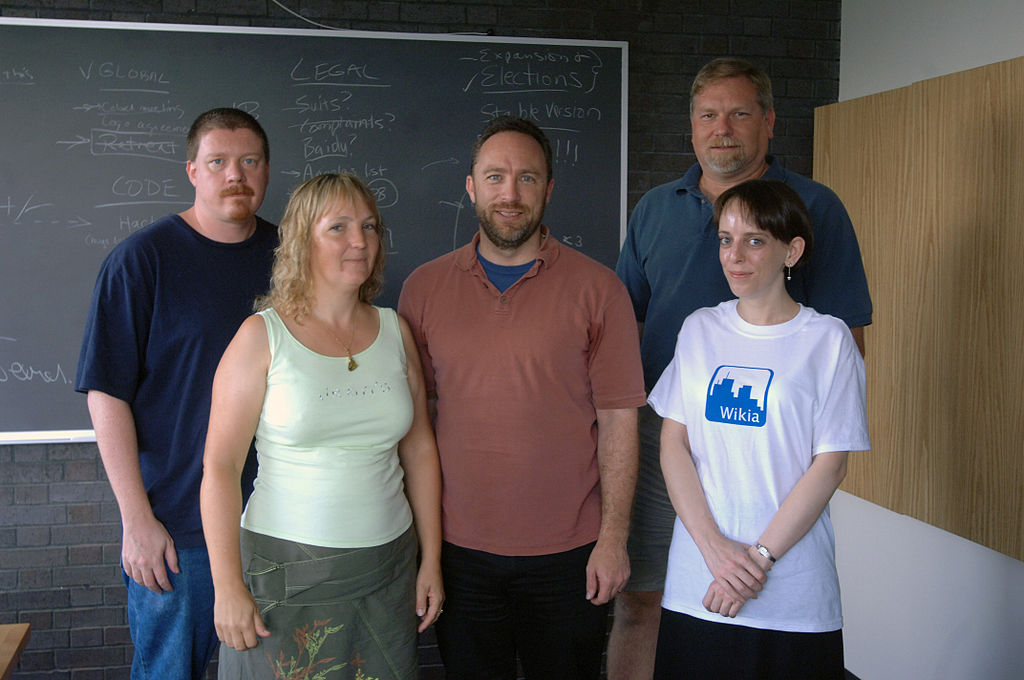 Ten years ago today, on June 20, 2003, Jimmy Wales announced the founding of the Wikimedia Foundation. He entrusted the new nonprofit with the operation of Wikipedia, launched two and a half years prior.

Wales recalled the early days of Wikipedia and marveled that it has grown to be such an important and ubiquitous source of free information for the world. “It is hard to imagine that in 2003, Wikipedia was still running on just two servers – which I used to administer myself in the beginning,” said Wales, who noted that he founded the Wikimedia Foundation because he believed Wikipedia would need the support of a stable and trusted institutional base for years to come.

“Ten years later, the Foundation continues to fulfill that role, thanks to the trust of our millions of donors, the hard work of its staff, the thoughtful oversight enacted by my fellow Board of Trustees members and last but not least the many thousands of volunteers who not only manage and build our projects, but also take an active part in the governance of the Foundation,” Wales said.

Those two early servers, which belonged to Jimmy Wales’ company at the time, have now grown to more than 800 servers operated by the Wikimedia Foundation. They are the backbone of the free knowledge projects that serve over half a billion readers each month, with 21 billion monthly pageviews. The Foundation also provides the legal basis for projects, defending them against legal threats and protecting the trademarks that have come to represent the global community’s work. 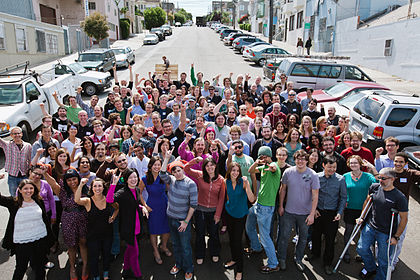 The name “Wikimedia” had been suggested earlier in 2003 by Wikipedia editor Sheldon Rampton for an endeavour that would “use Wiki-style rules to enable public participation in the creation and editing of all kinds of media: encyclopedias and other reference works, current news, books, fiction, music, video etc.”

During the following decade, Wikipedia was joined by several sister projects to realize parts of the vision of a world in which every single human being can freely share in the sum of all knowledge. The Foundation continues to work on creating a richer Wikimedia experience beyond text, making use of the web’s expanding possibilities. It has also taken on the challenge of sustaining and increasing editor participation, with projects such as the VisualEditor, the most complex software development project undertaken by the Foundation so far, which is already being live-tested on numerous language versions of Wikipedia, and slated for a full rollout next month.

As part of its commitment to increase access to free knowledge, the Wikimedia Foundation has launched Wikipedia Zero, a program to convince telecommunications operators to waive data charges to Wikipedia for the billions of people around the world whose primary opportunity to access the internet is via a mobile device. Keeping up with the mobile revolution on the internet, the Foundation has upgraded Wikipedia’s interface for mobile users, including introducing a “Nearby” feature and starting to enable contributions from mobile devices.

Erik Möller, a volunteer Wikipedian in Germany in 2003, and today the Deputy Director of the Wikimedia Foundation, highlighted the importance of this programmatic work. “Today, the Wikimedia Foundation is well positioned to modernize the user experience and the infrastructure supporting our projects, while dedicating all its efforts to the public, working transparently, and releasing code as open source,” said Möller. “This wouldn’t be possible if Jimmy hadn’t laid the foundation 10 years ago to dedicate the operation of Wikipedia and our other projects to a non-profit organization, supported by a community of donors.”

The Foundation works with a global network of chapters, affiliates and volunteers in achieving its mission. Several grants programs exist to support smaller projects by individuals and groups. Last year saw the launch of the Funds Dissemination Committee (FDC), entrusted with reviewing larger funding requests from movement organizations and giving recommendations on the most effective use of donation money to achieve the movement’s goals. The FDC is volunteer-driven, and two of its seats are currently up for election by the community, as are three seats of the Board of Trustees. If you are an eligible Wikimedian, don’t forget to cast your vote until June 22!

As for Wales, who could have made Wikipedia a commercial venture and monetized the site’s content with advertising, the decision to safeguard the future of the Wikimedia projects with a non-profit couldn’t have been wiser. “Wikipedia is something special. I like to compare it to a temple for the mind: A place we can all go to think, to learn, to share our knowledge with others,” he said.

“The Wikimedia Foundation is here to preserve and nurture that place, and make sure that Wikipedia remains a shining example of openness and freedom, a public good that is part of many people’s daily life around the globe.”

Read more Foundation, From the archives