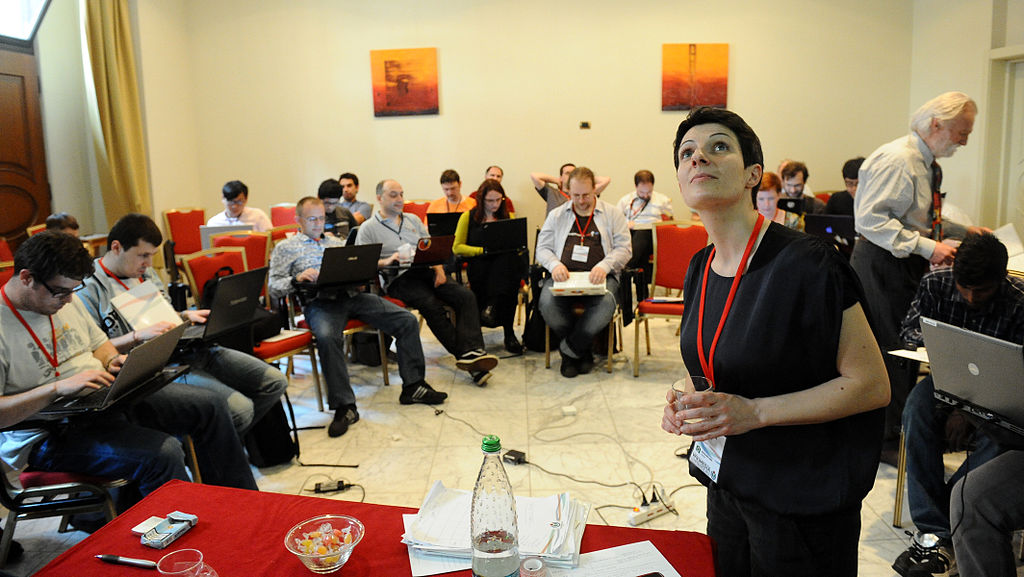 Iolanda Pensa is always on one deadline or another. This is not a source of stress, though. She embraces them.

As scientific director of WikiAfrica – which the Swiss-born, Italian-based 38-year-old calls “Africanizing Wikipedia” – Pensa gave the project some challenging deadlines.

“In 2010, we decided to create a quantitative milestone, to produce 30,000 African contributions on the Wikimedia projects by the end of 2012,” she recalls “something which needed a lot of partners, institutions and people involved to be achieved.”

“We wanted to create a critical mass of information, and more attention to Africa, basically.”

The project gave WikiAfrica some of the spotlight, but according to Pensa it also showed the challenges of adding content from Africa to Wikipedia.

Wikipedia’s notability rules were a particular obstacle, she said. The importance of burial rituals of the Ga people of southern Ghana, for instance, can become lost in cultural translation for average Wikipedia users. What’s more, said Pensa, because resources often are not accessible or are not acknowledged as reliable sources, information on African history and culture can be difficult to cite.

Pensa credited the support of almost 100 institutions and many volunteers with helping make the project successful. Thanks to festivals, African films are now on Wikipedia in English, French, Italian and Spanish; a dataset of municipalities of Botswana has been created and uploaded; 70,000 articles related to culture in Africa from South Planet can now be used to enrich Wikipedia; and institutions such as the art center Doual’art in Cameroon and the National Gallery of Zimbabwe have contributed images from their collections.

Slide from a presentation of WikiAfrica progress

With two months to spare in 2012, WikiAfrica surpassed 32,000 contributions. Deadline met. So naturally Pensa took on another deadline – this one even more ambitious.

“The idea is to look at the content that schools ask for, and add that information to Wikipedia,” she explains.

The goal is to cover 56 countries in Africa, plus her home base of Italy. She is still working on the initial phases of the project, but the plan is to make each contribution available in the school’s native tongue, which means dozens of different languages, in some cases multiple languages per country.

And she hopes to have this accomplished by 2015.

Not coincidentally, this is the same year that the Wikimedia movement hopes to reach a billion monthly readers. “One of the objectives of primary school is to give access to education for everyone on the planet,” she says. “And Wikipedia can contribute to it.”

2. Iolanda Pensa was scientific director of WikiAfrica for lettera27 Foundation between 2007 and 2012. She is currently a researcher at the Laboratory of Visual Culture, Department for Environment Constructions and Design, SUPSI University of Applied Sciences and Arts of Southern Switzerland. http://iopensa.it