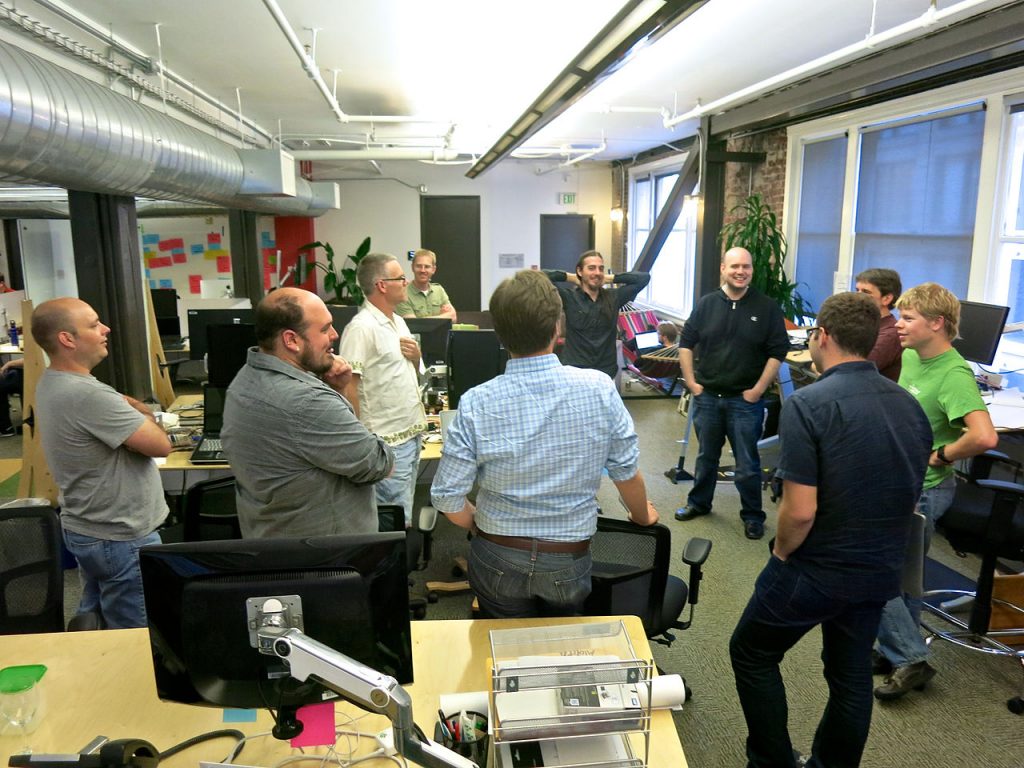 Wikimedia launches a space for collaboration open to all contributors: phabricator.wikimedia.org. Primarily devoted to software development, this platform also welcomes non-technical projects. Wikimedia Phabricator has been available since September for early adopters. Its prime time starts this week, after having incorporated 73,681 reports migrated from Bugzilla, the bug management tool that has served our projects during a decade. Farewell Bugzilla, welcome Phabricator!

As far as we know, we are maintaining the biggest public Phabricator instance in terms of number of tasks filed. Phabricator is a third-party open-source software development platform that we decided to use for project management, bug reporting, design of new features, and (one day not too far away) code review, all in an integrated fashion. Wikimedia Phabricator has already more than 800 users, who are getting their Bugzilla activity automatically assigned. New users can join and claim their Bugzilla history as well.

The Very Basics of Phabricator, a Wikimedia Tech Talk on video.

Phabricator comes with many improvements over Bugzilla:

In general, fluent Bugzilla users who are new to Phabricator will need a few days to get used to the different paradigms this tool proposes.

There are some areas that require improvement:

There is a complete list of known issues and we will keep working on them after the launch. Phabricator is free software available for anybody. The Wikimedia Phabricator team has worked on key features to adapt it to our projects:

Also, we have updated a lot of on-wiki documentation that was related to Bugzilla. Those pages now refer and point to Phabricator.

The Phabricator upstream developers have also implemented many features and bugfixes based on our feedback, and we really appreciate their support with this undertaking.

Existing links to Bugzilla reports are automatically redirected to their equivalent Phabricator tasks. Wikimedia Phabricator already had 1,391 tasks before the migration, and we could not assign to Phabricator tasks the same number as their Bugzilla counterparts. Instead, we are providing a memorable solution: just add 2,000 to a Bugzilla number, and you will get its Phabricator task number, i.e. Bug 123 is T2123.

Users can still check the old Bugzilla instance, now retired in read-only mode. They can log in to check their votes and their saved searches, which we could not migrate.

The migration from Bugzilla marks the first step of the migration of the Wikimedia Foundation software development teams (who also need to migrate from Trello and Mingle), and of the Wikidata team at Wikimedia Germany (from Scrumbugz).

The RT migration is underway, coming in a couple weeks. RT is the tool used by the WMF Operations team to handle requests. Expect some thousands of additional tasks coming to Phabricator through this migration.

Code review is the next frontier. The Gerrit Migration Bot has been updated. Diffusion, Phabricator’s code repository browser, is available already now. With Diffusion, developers can import existing repositories, beginning the deprecation of another tool, GitBlit. The migration of the Gerrit code review tool will take more effort and a few months. The actual bottleneck is MediaWiki’s continuous integration system, a tough nut to crack.

This is a very exciting project! We welcome your help.

And for Phabricator support and camaraderie, join #wikimedia-devtoolsconnect. See you there!