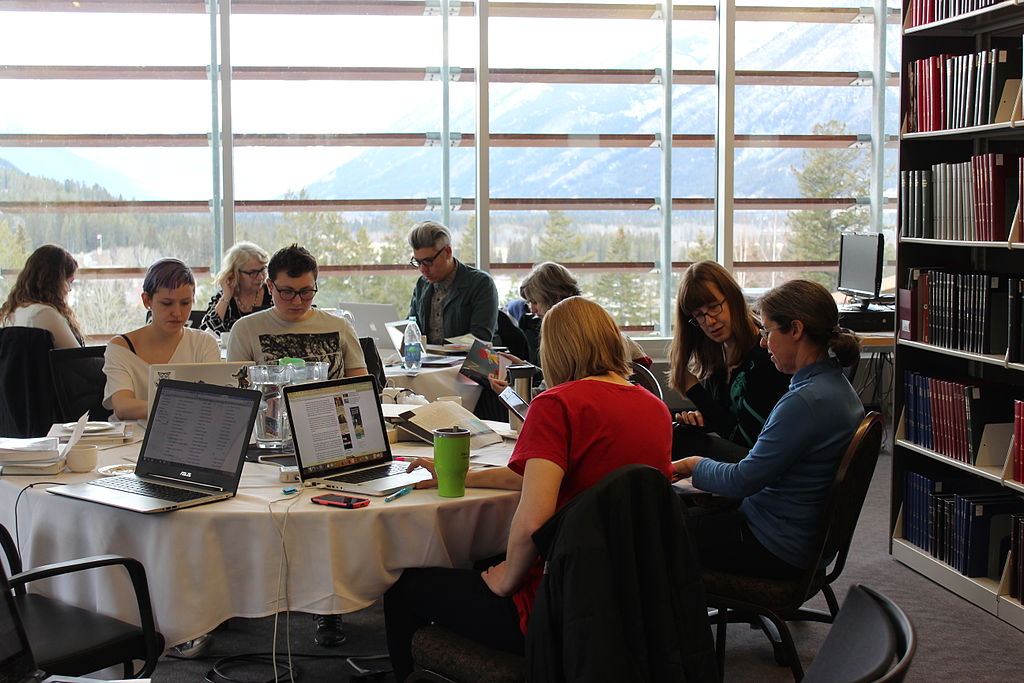 The month-long “Inspire” campaign seeking ideas for new initiatives to increase gender diversity on Wikipedia recently concluded successfully, with hundreds of new ideas and over 40 proposals entering consideration for funding.

During this campaign, there were a lot of questions about the empirical basis for the statement that women are underrepresented among Wikipedia editors, and in particular about the estimate given in the campaign’s invitation banners (which stated that less than 20% of contributors are female).

This blog post gives an overview of the existing research on this question, and also includes new results from the most recent general Wikipedia editor survey.

The Wikimedia Foundation conducted four general user surveys that shed light on this issue, in 2008 (in partnership with academic researchers from UNU-MERIT), 2011 (twice) and 2012. These four large surveys, as well as some others mentioned below, share the same basic approach: Wikipedia editors are shown a survey invitation on the site, and volunteer to follow the link to fill out a web-based survey. This has been a successful and widely used method. But there are some general caveats about the data collected through such voluntary web surveys:

Still, these caveats do not change the fact that the results from these web-based surveys remain the best data we have on the problem. And the overall conclusion remains intact that Wikipedia’s editing community has a large gender gap.

What follows is a list of past surveys, briefly summarizing the targeted population and stating the percentage of respondents who responded to the question about their gender with female in each. In each case, please refer to the linked documentation for further context and caveats. Keep in mind that the stated percentages have not been corrected for the aforementioned participation bias, i.e. that it is likely that many of them are several percent too low, per Hill’s and Shaw’s result.

(As detailed above, please be aware that the percentages from different surveys are not necessarily comparable, and are likely to be several percent lower than the real female ratio.)

There have also been several surveys with a more limited focus, for example:

Note: In this survey, the ratio of female editors was much higher than in the 2011 and 2012 surveys, in those countries where data is available. However, it is plausible that this difference can largely be attributed to different methodologies rather than an actual rise of female participation across the Global South.

“Wikipedians, and Why They Do It” (University of Würzburg, 2005)

Trend analysis: How the gender gap changed during 2012

As mentioned above, one can’t meaningfully compare the overall percentages of these two surveys, as they covered different populations. However, if we only look at editors from a particular country, we have two comparable populations. Here is the trend data per country from the two most recent general editor surveys:

(Only showing countries where more than 100 respondents stated their gender. See here and here for the survey instruments. A fuller report on the 2012 survey with more detail on the methodology will be released soon.)

Overall, there is no evidence that the general problem got more or less severe during that year, but the fact that several countries saw statistically significant changes indicates that the gender gap is not immutable. (It should be mentioned that during 2012 – i.e. for the time span between these two surveys – the Wikimedia Foundation supported the work of a US-based community fellow to encourage participation of women in Wikimedia projects. There isn’t enough data to assert a causal connection with the 3.4% rise in the US during this time, but it’s an encouraging data point nevertheless. The success of our current “Inspire” campaign will be measured by incremental numbers on female participation on a per-project basis, among other metrics, rather than trying to attribute changes in overall percentages to specific activities.)

Other data sources about the size of the gender gap

Besides surveys where editors are being asked directly about their gender, some community members and researchers have examined how users voluntarily publish their gender via:

While this can produce some interesting results, it is important to be aware of the limitations of these approaches when used to estimate the overall ratio of female users (see e. g. section 3.2 “Assumptions and Limitations” in the 2011 “WP:Clubhouse” paper by Lam et al., which uses a combination of them). As opposed to many other sites (e.g. Facebook), the gender information in the user preferences is optional; the setting is somewhat hidden, and the majority of accounts do not use it. There a good reasons to assume that the differing incentives distort that data even more than the anonymous responses to banner-advertised surveys. For example, the user has to be comfortable with stating their gender in public, and in several languages female users have to set that user preference if they want system messages to address them in the correct gender – e.g. the word “user” next to their nick show up in female instead of male grammatical gender form (such as “Benutzerin” vs. “Benutzer” in German). Male users do not have that incentive.

Other research about the gender gap

This post does not cover some arguably more important questions about the gender gap, e.g.:

For further research on these and other questions, see e.g. the “Address the gender gap” FAQ on Meta-wiki, or follow our monthly newsletter about recent academic research on Wikipedia.

Many thanks to Aaron Shaw, Alex “Skud” Bayley and Siko Bouterse for reviewing drafts of this post (all errors remain the author’s own).

Read more From the archives, Research