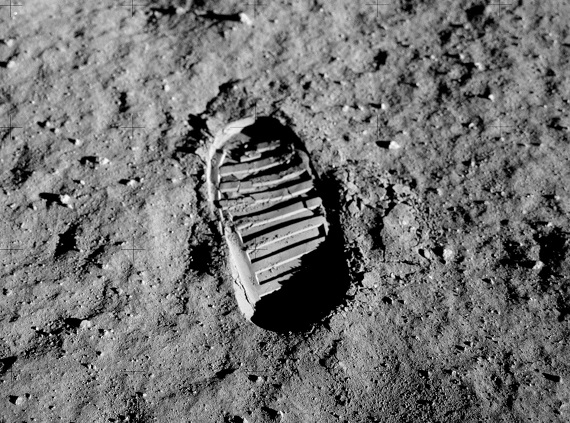 The video game No Man’s Sky has been subject to intense speculation: Polygon writes that “it doesn’t feel like a stretch to call No Man’s Sky one of the most anticipated games of this generation.” Although Polygon goes on to say that it isn’t the game they thought it would be, the game’s sheer depth (18 quintillion planets to explore) means that Gamespot‘s reviewer will continue to play:

A fascination with all of these destinations has driven Masem, a Wikipedia editor and video game player, to write a good portion of the game’s Wikipedia article. As an engineer with a background in math and computer science, “the idea of using procedural generation to create a whole universe intrigued me from the start,” and this interest grew after he learned “how many game systems they had in place for applying procedural generation across the scope of the game (not only planets, but flora/fauna, spacecraft, artifacts, etc.).”

He says that this “fundamental element” of the game, along with the lure of grand space exploration, “have been around before, but this is the first title that promises to combine these into a cohesive experience.”

Masem noted that No Man’s Sky has emerged as part of an indie trend in video game development, where a small team with limited resources creates a world where a tightly-scripted narrative is not necessarily needed. This is as opposed to the largest titles, where hundreds of programmers operating with hundreds of millions of dollars would be involved. “No Man’s Sky promises to deliver a fully procedurally-generated game world (the 1.8×10^19 world universe), with minimal tuning by human hands to make sure the game is fun and enjoyable,” he says. “If fifteen people can do that, there become endless possibilities of what slightly larger teams could do with more resources and time.” Casual readers may not notice that the English Wikipedia’s video game articles are usually written to a set of stringent guidelines that can set them apart from other articles on the site. These have been set into place by the Video Games WikiProject, founded and populated by editors who devote their time to Wikipedia’s coverage of video games. The project’s members maintain a quarterly newsletter and list 208 “featured” articles, 70 featured lists, and 1,089 “good” articles—quality designations that denote articles which have undergone a peer review process. Featured articles, for instance, are considered to be the best articles on Wikipedia.

The guidelines help steer articles on video games away from content that you would find in game or fan guides that give tips, ideas, and instructions on how to play and get through a game. “Some gameplay elements are needed to establish context and differentiation from other games as to establish the game’s role in the overall industry,” Masem told the blog, “but we avoid including specific strategies,” so Wikipedia is in line with what you could find in a survey of other sources.

Masem also points to the chore of ensuring that high-quality sources are used, as called for by the video game project’s and Wikipedia-wide guidelines. “Anyone can effectively start a video game news site, [so] there are literally hundreds out there,” Masem says. More-established sources with track records of accurate reporting are preferred, and to help separate the wheat from the chaff, the video game project has summarized these sources in a lengthy ranked list so false rumors and other problematic content can be minimized. Photo by NASA and the European Space Agency, public domain/CC0.

Upholding these standards is very useful for the number of readers who flood these popular culture articles in the thousands and hundreds of thousands. The article on Pokémon Go, for example, was visited 4.5 million times in the week after the game’s release. Destiny, another space-based original concept game, was visited over one million times in its release month. Call of Duty: Black Ops III, released last November, received over 700,000 views in the two weeks around its release; just a few weeks before then, Halo 5: Guardians got over 500,000.

“Wikipedia generally excels at covering contemporary topics, like video games, that are featured in online sources—it makes anyone that can access the web a good researcher in the area,” Masem told the blog. This low barrier to entry, combined with high interest, means that a number of editors focus their time on these articles. And thanks to Wikipedia’s lack of a print deadline—perhaps better expressed by the popular mantra “Wikipedia is not finished“—Wikipedia editors can curate all of the latest information into cohesive articles, so well that Masem says “the coverage of these pop topics tends to be some of the best up-to-date comprehensive coverage on the web.”

This is exactly what Masem does: he enjoys writing “from start to finish, from the game’s announcement through and beyond its release” because it allows him to work on the topic over a period of months or years, where he’s able to track “every element of the game as it comes to light from a scholarly, rather than gaming, standpoint.”

No Man’s Sky, an article he has been working on since 2014, will be one of these articles—but he’s done it before (and is still doing it) with BioShock Infinite, The Last Guardian, and The Witness, in addition to his featured articles on BioShock (the original game), the Crazy Taxi series, The World Ends with You, and the Guitar Hero series.