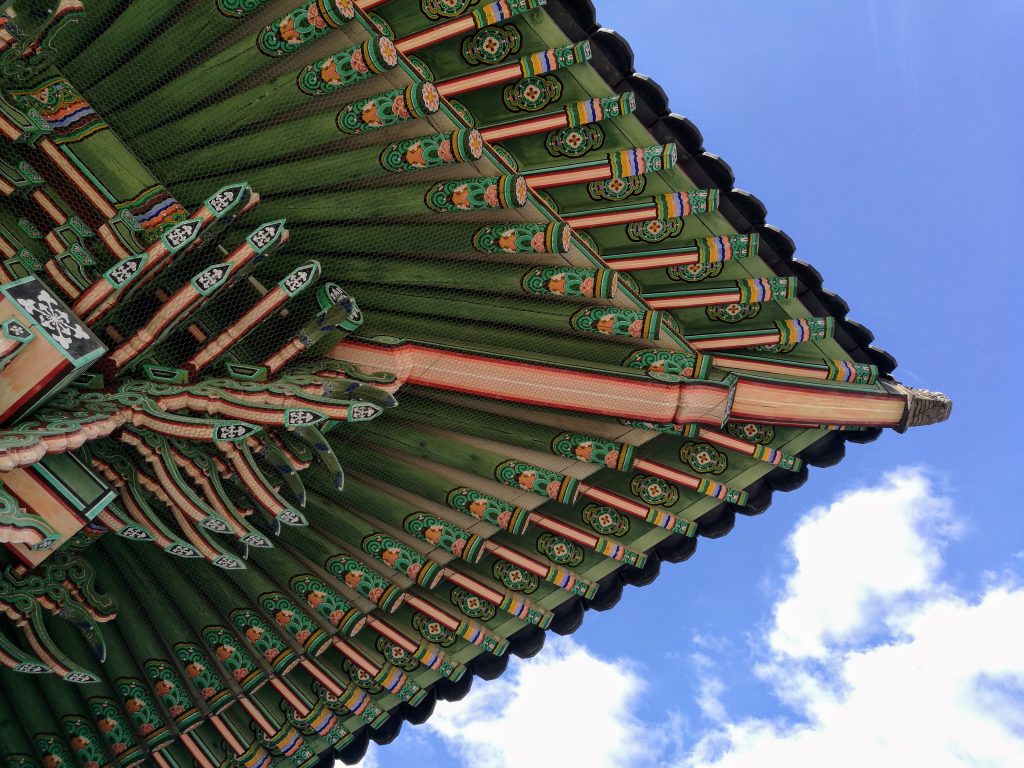 Tímea Baksa has been editing the Hungarian Wikipedia since 2005, picking up languages, cultures, and new friends along every step of the way. Over 135,000 edits later, she has written 56 featured articles on the encyclopedia (English equivalent), which undergo a peer review process to prove that they are the best Wikipedia has to offer. That total means that Baksa has had a hand in 6% of the entire site’s featured articles.

Most of those articles focus on South Korea and its distinctive culture, ranging widely from history to  economy, geography, transportation, literature, K-pop, and various TV series. Naturally, we wondered about how she got into this hobby.

What caused you to start editing Wikipedia?

Like many editors, I wanted to check an article about Tarkan, my then-favourite singer, and the article was subpar in quality. I decided that he deserved a good article, and that started me on my Wikipedia journey. I made a lot of mistakes as a beginner, of course, but it became my first featured article later.

What got you interested in Korean culture and East Asia more generally?

I can actually thank Wikipedia for my “Asian fever”. It all started with watching a Jet Li movie, after which I decided to take a look at the Hungarian article of the actor. Again, just like with my first edit, I found it to be in a miserable state. I decided to improve it, and so I went through Jet Li’s full filmography—watching all of his movies while gathering data for the article—and at the end of Fearless, a Jay Chou song was playing. It was so good, I immediately looked him up; in the process, I fell in love with his music and the Chinese language. And obviously I had to write his article too. (Naturally, both of the Hungarian-language articles on Jet Li and Jay Chou are now featured.) After that, like a snowball rolling down a hill, I ended up learning Korean and Japanese. Korean culture really struck close to my heart and I ended up researching a lot, buying history books and reading journals, which always results in sharing my new-found knowledge in the form of articles.

What do you feel like you get out of editing Wikipedia? What keeps you coming back, day after day?

I get to know about a lot of things, because Wikipedia naturally makes you click on internal links. When I write an article, I usually write auxiliary articles, as well (filling up “red links” so the topic is more clear to the reader). This sometimes drags me into totally different topics. For example, when I was writing about the history of the Turkish war of independence (en), some essential basic notions were red links, like “capitulation“. Alternative, I noticed that the article on “seafood” was completely missing when I was working on the article of Korean cuisine. I love that it is like a puzzle. The more articles I write, the more I learn. It’s addictive.

What kind of benefits do you get out of the Hungarian Wikipedia’s featured article process?

The process is not flawless and can garner criticism. Sometimes I think that because I worked a lot on an article and found enough resources to make it featured, it ought to be among the best immediately. Still, it’s good to see my articles go through peer review. Frankly, when you write something, there will always be errors—and it’s difficult to see your own mistakes, even if you re-read your text a hundred times (which I do).

How do you choose a topic to write about?

Usually they come totally randomly, or because I am into a topic off Wikipedia. That’s almost always the case with music and film related articles—if I really start to like an artist, chances are you’ll see that artist’s article on the Hungarian Wikipedia become featured pretty quickly. Other times I will systematically work on finishing a certain group of articles. For example, right now I’m into Seoul’s transportation system—which includes over nine hundred train stations on the Seoul metro that have to be written and organised. When I get tired of a topic, I temporarily switch to something completely different, so I don’t get bored. I also watch out for missing articles that are advertised on top of the personal watchlist page of editors in the Hungarian Wikipedia; sometimes it’s fun to dive into something totally unrelated.

What is your favorite article you’ve written?

This is a tough question—I have many favourites for different reasons. I am really proud of the Turkish war of independence article, because it took me quite some time to gather all that information, and it’s a one of a kind article on the Hungarian-language internet. You cannot find this topic in such detail anywhere else in Hungarian.

I’m also proud of my article on hangul (en), the Korean alphabet, as it was reviewed and approved by two Hungarian scholars of Korean studies. I think this is important because it shows that Wikipedia articles can please scholars as well. I do everything I can to be as accurate as possible, unbiased, and neutral, even when I write about my favourite things.

My top favourite articles are my “sweethearts”, like Japanese heavy metal legends X Japan (en) or Secret Garden, my favorite Korean TV drama,  I take writing about pop culture as seriously as writing about history or economy and do not believe that entertainment articles are worth less than “scientific” ones. People want information on these, too. And we should be a reliable source in every topic that interests our readers.

Where will you go from here? What kind of articles will you write next?

It will depend on my mood, I guess. Korea is still on the agenda, I have a bunch of red links to fill, because this is sadly not really the most popular topic to write about, so it’s basically me and another Korea-loving editor that are trying to fill in the gaps on Korean culture on the Hungarian Wikipedia. Japan came back into my sphere of vision recently, and there the biggest problem is that articles are inconsistent and mostly poorly written. In addition, many do not follow our transcription rules (we transcribe East Asian languages into a Hungarian system rather than using the English-oriented transcription). I will have to work on that, too. I also need to get back to work with photos—my “side job” in my home wiki is an image patroller, I started cleaning up our image database of copyright violations, and it’s a huge amount of work, ongoing for years now.

Writing Wikipedia has changed my life in so many ways. I got to learn two new languages, got introduced to new cultures, and met wonderful people from around the world thanks to this encyclopedia. I would like to encourage people who hesitate to push the edit button to not be afraid of starting this journey. Yes, you will encounter mishaps; perhaps some editors will not be very polite and welcoming. But you can shut all that out. If you seriously love knowledge, sharing what you know and what you learn along the way, and learning is a beloved pastime, Wikipedia is just the perfect place to do a hobby that will also benefit others.

“Why I …” is an ongoing series at the Wikimedia Blog. We want to hear what motivates you to contribute to Wikimedia sites: send us an email at digitalmedia [at] wikimedia [dot] org if you know of someone who wants to share their story about what gets them to write articles, take photographs, proofread transcriptions, or beyond.