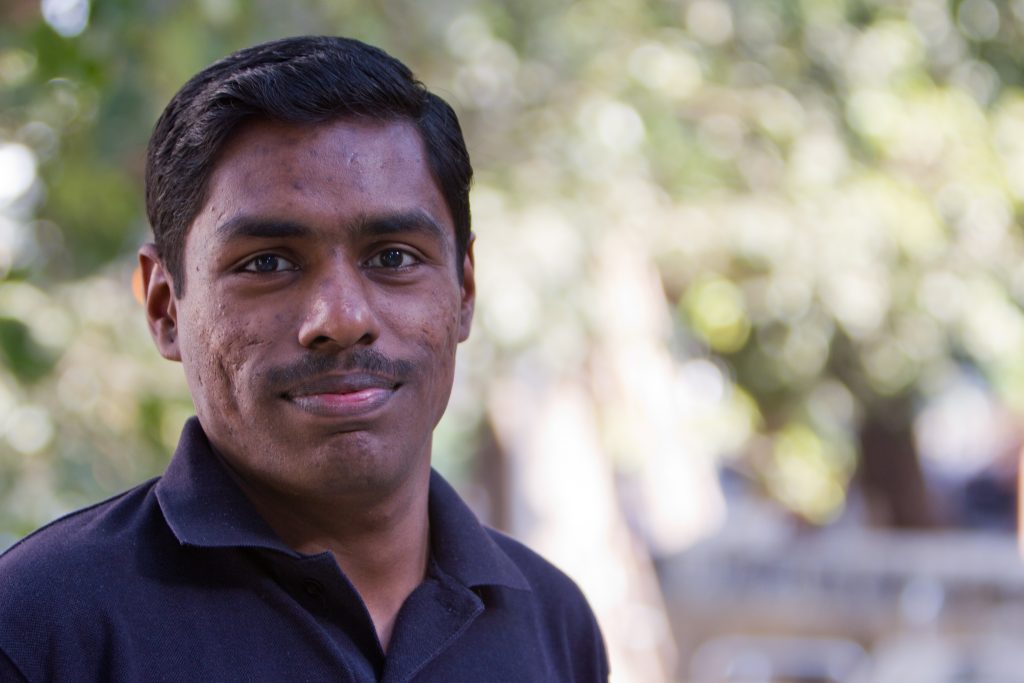 When the INR 500 currency was released last year in India, it featured a Malayalam font that was engineered by Santhosh Thottingal, a Senior Software Engineer on the Wikimedia Foundation’s Global Collaboration team. Thottingal led the engineering work on the Content Translation tool, released in 2014, and designs and then develops work that helps MediaWiki support hundreds of languages.

But outside of work, Thottingal is known for creating solutions that help languages be better supported by software. For the past decade, he has concentrated on creating high quality fonts for the script that is used for writing his native language Malayalam. Of the <20 fonts that are available for Malayalam, he maintains and/or has engineered about 12 (the others are maintained by organizations including Google, Microsoft, Indian Type Foundry etc.).

We reached out to Thottingal to learn more about creating fonts, and his other projects related to digital access.

What initially sparked your interest in helping Malayalam be more widely supported in digital spaces?

When I was studying at engineering college (2001–2005) I was introduced to the free software philosophy and fascinated by its impact and potential. After my education, I got my first job, and I started working on small free software projects and joined local free software community. It is at that time, I realized that, our computers had so many limitations with Malayalam, my mother tongue. I also found out that the Free Software Foundation of India did have some efforts in this direction, but that they had stalled because they did not get enough developers.

There was a community project named Swathanthra Malayalam Computing, which had also stalled. We decided to take that project forward. Malayalam did not have functional bug free fonts (not only in free software but in proprietary operating systems too). Rendering engines could not handle many complexities of Malayalam script. Input tools were not there. This was the first challenge we had to solve. I don’t have any training with computational linguistics. But I managed to self learn. By 2010, we had worked with various free software upstream projects to build this computing infrastructure for Malayalam. We developed input tools, fixed rendering issues, designed and developed new fonts, and defined and implemented many computational algorithms for Malayalam like collation, hyphenation. And we continued to work on more complex projects. The community project became a larger group of volunteers. We also participated in Google Summer of Code several times. Government programs and IT education helped to deliver these results to Malayalam users.

You write that Malayalam script is relatively new to the digital age. What factors affected the timeline, and how have you noticed Malayalam content changing online in the past decade?

The Malayalam script is one of the most complex scripts in India. It was encoded in Unicode in 2001. It took many years to have its technical infrastructure mature enough for day to day usage — such as input support, fonts, operating system support etc. Malayalam Wikipedia started in 2002. But it was around 2004 when some initial websites appeared on the Internet. Blogs presented the initial boost to the Malayalam content, and then in the past decade it became social media that drove more material.

You maintain the majority of fonts available in Malayalam. I’m wondering how you decide to create a new font, and how you think about the design.

As part of our community project mentioned above, Swathanthra Malayalam Computing, one of the initial challenge was how to fix many rendering issues with the script. I learned opentype technology and helped solve this issue. I started to maintain the technical aspects of the fonts, which is also known as opentype engineering. More fonts were designed and I worked on the technical parts of those fonts. By 2012, I was maintaining a dozen of Malayalam fonts – all widely used in digital spaces, including for government orders, news portals, and every place you can imagine a language would appear — including my own wedding invitation :).

Because of this, unintentionally, I was also closely watching the glyphs of these fonts, its design characteristics and some typographic elements. I started to observe wall writings, street boards, and handwriting more closely.

In 2013, I conducted an experimental attempt with typography to design a handwriting style unicode font for Malayalam. It took two months of my free time, but once released, it immediately became a hit. People loved it so much. Every day I could watch it used in some place when I open my social media. Handwriting font design is easy. Because of the irregularity is its characteristics, it takes less time to design. (Note that it was not my handwriting.)

It was during that time I read about a paper by Raph Levien called “From Spiral to Spline: Optimal Techniques in Interactive Curve Design.” It is about the optimal curve designs. I found that Malayalam script can have its curves defined by spiral splines. With this design theory in place, I ventured into my next font project — a regular font, with three style variants – bold, italic, and regular. This was not an easy project because a regular font require mathematical precisions with typography theories applied. It took 1.5 years of learning, too many reworks, but the result was getting better every day. The font, named Manjari was released in July of 2016. It surpassed all my expectations about acceptance from Malayalam users. Now it is there, everywhere. In newspapers, magazines, street side banners, commercial advertisements, movie titles and a children’s science magazine.

Including my own fonts, I maintain 12 Malayalam fonts. All are very popular, and maintaining these fonts, releasing new versions consume lot of our team’s time. And it is no longer a ‘hobby’ 🙂

Could you talk a little about the relationship between fonts and digital access?

If you don’t have a functional, bug free font for a script, you can not read the content. Wikipedia started in Malayalam in 2002. These issues with fonts, its availability, and bugs all got fixed to a satisfactory level, but it took more time to really reach to end users. I was active in Malayalam wiki projects and its awareness programs since 2007, and was advocating that Wikipedia should have technology to solve this gap between the content and its ‘effective reading’ by readers. Similarly Wikipedia wouldn’t be able to bring in editors who speak various languages, if those editors didn’t have tools to input in their languages.

I was not alone with making these arguments. In 2011, the Wikimedia Foundation created the Language Engineering Team with developing non-Latin reading and writing tools as its first priority goal. I was hired by that team. Here’s a presentation I gave in 2012 on some of what we accomplished in that first year.

But now, in 2017, not having the right fonts and input methods is not really an issue. These challenges for non-Latin scripts has improved a lot. One thing that Wikipedia has to improve though is its content presentation in languages including English. We are not giving enough attention to the readability by focusing on typography. Different languages have different typography best practices.

What has the reception been?

One major difference between designing and engineering a typeface for English vs. a non-Latin complex script is that the Latin typeface design field is so saturated – It has thousands of fonts in all possible designs you can imagine. It is very difficult to get attention if you design a new font there. But here, in Malayalam, there are only a dozen functional unicode fonts. People are eagerly looking for new fonts. People want to see their favourite writing style in the form of a digital font. So the attention, appreciation (or even criticisms) you get is enormous in comparison.

One of the font I maintain and engineered is Meera – this is the font you see in the Malayalam Wikipedia logo. This is also the same font used for Malayalam script in the INR 500 currency newly designed and released last year in India.

How does this relate and/or help with the work you’ve done at the Wikimedia Foundation leading the work on the the Content Translation tool?

My language computing related specialization and learning from my pet projects has helped in all my projects at the Wikimedia Foundation.