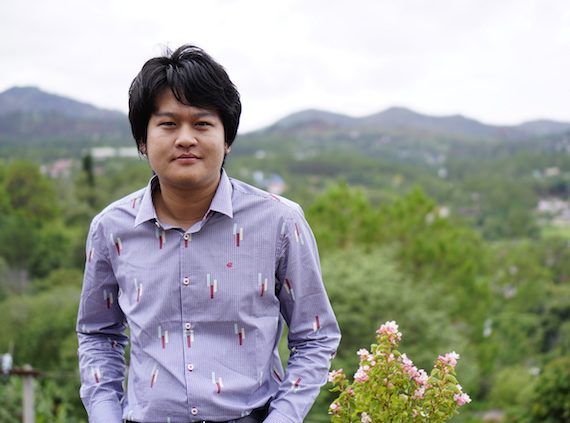 If you’ve visited Wikipedia to read up on Myanmar, formerly known as Burma, you’ve probably crossed paths with an article written by Kyi Phyo Htet.

Perhaps it was one about the country’s government, education system, political parties, or geography?

But if you only speak English, you’re missing out on the totality of Phyo Htet’s contributions. Specifically, about 54,000 of them. Phyo Htet has made around 2,500 edits to the English-language Wikipedia, and 54,282 to the Burmese-language Wikipedia.

Phyo Htet was studying for his first Medicine and Surgery degree at the University of Medicine in Magway in 2007 when he came across Wikipedia. He created an account and did some editing, but did not commit in earnest until 2014, when he started his own business.

That business was an internet café, which meant that he needed to find a productive way of spending the better part of ten hours a day on the internet.

The Burmese Wikipedia met that need. He found that he could make a significant difference in his native language knowledge base, which had very few editors at that time, and was hampered by its Unicode writing system—the standard for displaying text on the internet.

“The Myanmar Unicode writing system is not widely used by the Burmese,” Phyo Htet explains. “Wikipedia applies Unicode compatible fonts that are not favored here. As a fan of that Unicode system, I found myself enjoying the work in that small community. There were a few active editors on the Burmese Wikipedia (under ten editors in 2014) … It is also easy for a novice to start editing on the Burmese Wikipedia. Active editors [watch over] recent changes and help new editors.”

Today, Phyo Htet works on a public health project for an Italian NGO in Northern Shan State in Myanmar. He’s made a total of 75,000 edits to all Wikimedia projects, most of which are on the Burmese Wikipedia, where he’s created over 1000 new articles. He has also taken and uploaded thousands of photos from his country to share them with the world.

This comes on top of his sitewide administrative duties, and building out his technical bots, which welcome new users every day—something that he had to learn how to do from scratch.

“Reading pywikibot tutorials and python language tutorials were difficult for me,” he notes. “[but] when these bots have successfully worked, my feeling of accomplishment was incredible.”

Many blockers remain for the Burmese Wikipedia editors, like those font issues, lack of resources, and sometimes the need for some people to fill gaps with new skillsets—like what Phyo Htet did with bots. However, the motivation to share free knowledge helps keeping them to encourage others to do the same.

“Wikipedia is a free knowledge sharing website,” he says, but “the Burmese Wikimedia Community is a very small one. We need more active editors, we are happy to lend them a hand and give guidance on editing.”