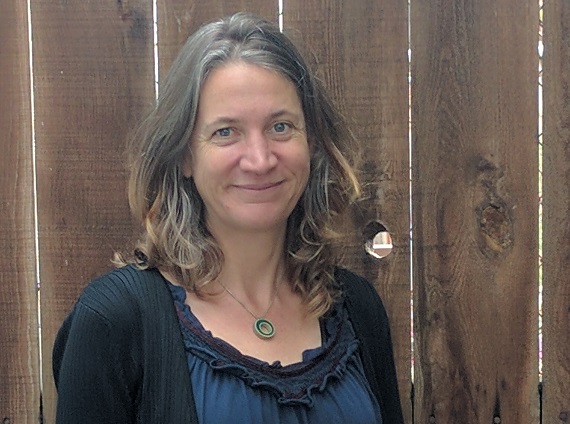 Earlier this year, Kirsten Menger-Anderson, a writer and researcher based in San Francisco, began thinking about the mathematician Paul Erdős and the network of mathematicians that he collaborated with or trained.

In an essay published in Medium, Menger-Anderson examines how the people who worked directly with Erdős—and therefore have an Erdős number of one—were represented (or not represented) on Wikipedia. Women, she writes, “were over four times more likely to have their importance questioned” and their pages marked for speedy deletion than their male mathematician colleagues.

Menger-Anderson’s examination comes at a moment when WikiProject Women in Red is focused on adding or improving biographies of women mathematicians and statisticians on English Wikipedia. The group has had a remarkable impact on the encyclopedia since its inception just under three years ago: volunteer members have added over 70,000 biographies of women on the English Wikipedia, and in the process has measurably changed Wikipedia’s coverage of women scientists, which have been improved at a rate significantly higher than the site as a whole.

What sparked your interest in Paul Erdős and a person’s Erdős number?

I started researching the Erdős number after an internet search failed to turn up a count that I’d assumed would be easy to find: the number of women with an Erdős number of one. If anyone has done this simple study, I found no record of it, and because I wanted the answer, I tracked down the list I mention in the story and I began to go through the 512 names [of people one degree removed from Erdős]..

I have always loved math, so doing a web search for each of the collaborators and learning a little more about the people and their work was fun for me, though time consuming.

I’m curious in your path from the Erdős number to Wikipedia—how did you decide to research who was represented on Wikipedia? What did you find?

If a person had a Wikipedia page, that page often came up first in the search results (about half of the Erdős Ones had a Wikipedia page, and I was always happy to see it because it made my work much easier). That was how I began to look at Wikipedia pages. I only started to study the pages more closely after I hit the 74th name on my list—the first woman, Phyllis Chinn—and discovered that she had a Wikipedia page, but that it had been nominated for speedy deletion. I sat there and thought, ARE YOU SERIOUS? That would never happen to a man. But I went back and checked all of the page histories to see if this was indeed the case. I discovered that in this cohort of Erdős Ones, the pages for women were over four times more likely than men’s to be nominated for speedy deletion.

It was through the page histories that I stumbled on the discussions about the Erdős number categories and whether or not they should be deleted. I was fascinated by these debates, and I realized that the Erdős number had a significance—or had been attributed a significance—that had many implications. Could it be used to establish notability? Was it already being used in this way? It seemed from the page histories that it has been. I open the essay with a quote from Le Guin about greatness as a cryptogendered word. The Erdős number, in essence, is a measure of the distance between oneself and a great man. And yet, how many women had an opportunity to work with Paul Erdős? 21 out of the 512, about 4 percent. When I think about the number of women who had an opportunity to collaborate with Paul Erdős, the meaning attributed to such a collaboration, and the relatively high rate of deletion requests for women’s pages, I realize that these patterns, unchallenged, ensure that women will continue to be underrepresented in our histories.

One of my favorite paragraphs in your essay is this one: “In the vast gray area between a Nobel prize winner and unpublished newcomer, what and who is notable enough for record cannot be separated from the community that feels passionate enough to document or delete this information. Nor can we separate greatness from the criteria we use to define it. As I thought more about it, judging human excellence seemed no less subjective than judging art.” I’m curious if you could expand upon this thought, based on your recent research.

When I wrote that passage, I was mostly thinking about the people who take the time to contribute to Wikipedia, as well as the impact that has. I was also thinking about the criteria we use to establish notability and how each is problematic or incomplete—I won’t go into detail here, but here, for example, is a look at the Nobel prize.

There is a passage that I cut from the essay about a Wikipedia page that was created because the list of Erdős One biographies incorrectly linked to the father of the mathematician who had actually worked with Erdős. The editor created a Wikipedia page for Stanisław Krystyn Zaremba to correct this. A few edits later, another editor questioned Zaremba’s notability, noting ‘erdos number is not claim of notability; it is a trivia.’ As of now, the page stands, even though the motivation for its creation is also characterized as trivia. Will the page remain? Will Zaremba be found notable, even if the Erdős number is not enough to establish this? Is there a woman, equally brilliant and accomplished, who won’t even make it to such a debate because she did not have the opportunity to collaborate with Erdős and therefore failed to come to our attention?

My answer is actually the passage you pointed out: “judging human excellence seemed no less subjective than judging art.” That is more or less my way of saying, “I don’t know,” but I’ll start speaking to this question with art and Bridget Quinn’s fantastic book, Broad Strokes. In the introduction, Quinn writes that she looked through  H. W. Janson’s 800 page History of Art and discovered only 16 women artists. Her professor laughs when Quinn brings this up and remarks, “You’ve got the new edition! Our version didn’t have a single woman in it with her clothes on….Not really, but you know what I mean. No women artists.” Quinn then tells the stories of fifteen women artists.

I think of Women in Red, of course, and the efforts to add women’s biographies to Wikipedia. On my Medium story, one person commented that Ruth Silverman, an Erdős One who I note does not have a Wikipedia page, actually has one. Silverman’s page went up a few days after I published my story, during the Women in Red math editathon. Another reader with domain expertise took the time to respond to my story with her own experience editing Wikipedia and her reasons for stopping. I suspect that you have more information about the breakdown of Wikipedia editors and administrators by gender, as well as the outreach programs that are intended to help make this demographic more inclusive and diverse. I think this is important, as well as efforts to support editors who may feel alienated. I think of Adrienne LaFrance and Ed Yong, who have drawn a lot of attention to the importance of balancing the gender of their sources. I think of organizations like VIDA, which keeps count of the gender (im)balance in the bylines and reviews in the writing world. I think that all of these efforts make a difference.

Kirsten is a writer and researcher based in San Francisco. She is the author of Doctor Olaf van Schuler’s Brain.