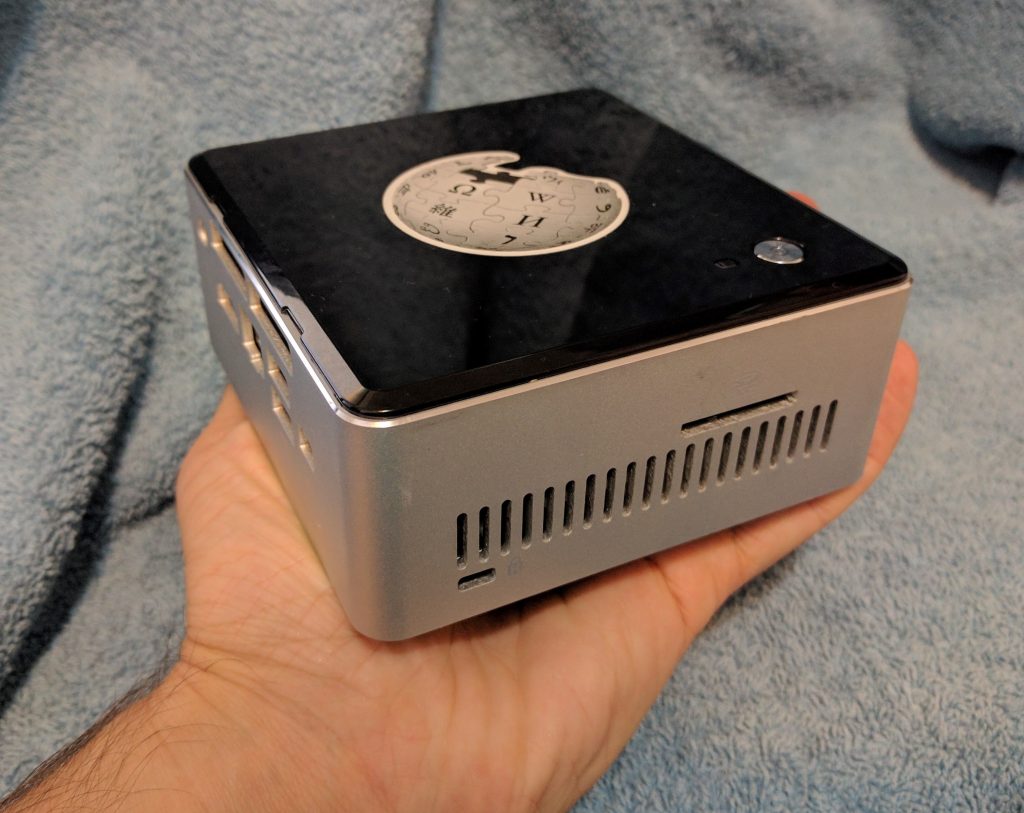 Over the coming months, Gomez will be interviewing people who work to remove access barriers for people across the world. In this installment, she interviews emergency room physician James Heilman, an active contributor to WikiProject Medicine and a member of the Wikimedia Foundation Board of Trustees. Heilman has also worked to get medical information into Internet-in-a-Box, a physical device that provides Wikipedia and other content in areas with no or limited internet access. His conversation with Gomez is below.

Gomez: We’ve talked about your goals of creating a production storefront for the Internet-in-a-Box with medical content. Could you describe your vision for our readers?

Heilman: The goal of the project is to allow anyone to package Wikipedia and other content for use in offline devices such that people without internet access can browse these educational resources. Currently we have to balance the cost of storage with the amount of storage space that typical users need for inexpensive devices preventing us from providing all of Wikipedia. While we have been concentrating on medical content as of late, the idea for a “production storefront” is for all areas of knowledge — not just medicine.

Basically the device I envision is made up of modules of content. Different regions and use cases need different content in different languages. I would love to see a simple interface where people can go through the collection of available modules clicking on all the ones they wish, in order to build the exact content library and exact size they want. Then with another click, they could either have the image file delivered to them via the internet ready to be written to a microSD card or have a microSD card with that content mailed to them. Ideally such a platform would also allow people to contribute modules of content and allow feedback by the wider community on both the modules and collections present.

You’ve been working on WikiProject Medicine for a long time, which has been building great medical content in many languages. Tell me about what got you started with offline Wikipedia. When was it?

My first work in offline Wikipedia was in collaboration with Kiwix and the Swiss Wikimedia chapter in 2015. They had developed offline versions of Wikipedia, which for English ran to nearly 70 Gb, which was simply too big to easily fit on a phone’s memory. We wanted to  see if an app closer to one gigabyte in size that would be specifically geared towards medicine would be successful. The app we developed turned out to be very successful in terms of downloads and user engagement. We now have versions of the app in 10 languages and these have been downloaded more than a quarter of a million times. Additionally around 80% of the downloads are from the developing world.

The next question was how could we push this further. At Wikimania Italy in 2016, I met a few folks (specifically Tim Moody and Adam Holt) from Internet-in-a-Box. They were showing me the system they were working on, which appeared perfect for getting health-related content out to the developing world. Within a few months, we had a prototype which cost about $US400 to build and weighted about a kilogram. Over the year the hardware improved such that the devices now weighed less than 25 grams and cost under US$40.

As you’ve started working in the offline space, what’s been the biggest surprise?

The biggest surprise has been the unmet potential that exists within this space. It is surprising that this technology is not already widespread as it appears to elegantly meet such an important need. It is surprising that only a handful of NGOs and basically no commercial entities exist within the space of packaging and providing offline access to educational resources. Many potential applications beyond that of medicine remain completely unserved.

What’s different about working for offline products as opposed to online content? What’s the same?

We are starting from the same content base. The efforts are simply to expand the reach of what we have already spent years creating. What is new is that we are moving into the hardware space, which comes with all the complexities of assembling, selling, and shipping something. There is also the issue of getting updates out to those with already existing devices.

You’ve been involved with researchers from Columbia looking into field studies with the Internet-in-a-Box. How did that connection happen? What are you hoping to get from those efforts?

The partnerships with Columbia and Mount Sinai came about via Adam Holt from Internet-in-a-Box and Lane Rasberry, a fellow member at Wiki Project Med Foundation. Partnerships with institutions, I believe, are key for the success of these efforts. We not only need people to bring devices to where they are needed most but to study the impact that they have.

The Wikimedia community can collect the content and package it for distribution but we need local partners to deploy it and administration professionals and researchers to be neutral in measuring the impact and efficacy.Without such research we are not going to be able to convince the wider public health community that this is an important development that they should engage with.

To date the Internet-in-a-Box has been deployed and studied in the Dominican Republic, Guatemala, and in a Syrian refugee camps.  Most recently, our collaboration with Columbia and Mount Sinai global health medical faculty has led to the deployment of Internet-in-a-Box for the Rohingya refugee crisis in Bangladesh.

What’s one thing the Wikimedia Foundation could do to help?

The Wikimedia movement’s funding of Kiwix has been very useful. This has been critical for getting videos to work within the offline apps. With respect to further efforts, I think getting offline functionality working within the Wikipedia app would be good. And then,of course, helping with raising awareness and maybe the selling of these devices via the Wikipedia store. I have built and shipped the first 100 devices from my home office, but this is not a scalable model as you can imagine. Finally, coming back to my initial comments regarding a production storefront, this is an idea I would love to stay involved with, but simply do not have the technical abilities to turn into a reality.

Where do you learn more and share information about offline access? What resources exist for people who want to know more?