Image via The Met, using CC0 imagery from its collections.

Ten years ago, it would have been difficult to imagine that a famous cultural institution and a popular volunteer-built website might partner around a common mission. The gulf separating the two appeared wide: one an institution renowned for the world-class quality of its art collection and scholarship; the other a collaborative online encyclopedia that had eclipsed its traditional forebears yet remained distrusted by the establishment.

Today, though, The Metropolitan Museum of Art and the Wikimedia Foundation, the nonprofit organization that supports Wikipedia and its sister projects, are partners on a simple shared mission: connecting audiences to open knowledge, ideas, and creativity on a global scale.

This partnership is founded on a decade of pioneering efforts by volunteers, community organizers, and museum staff committed to reworking and rethinking how to share institutional expertise with the world. Over that time, Wikimedians have helped The Met develop practices and policies of openness that extend its mission beyond the Museum’s physical and digital walls. By far the most visible result of this collaboration was the launch last year of The Met’s open access policy.

With the launch of this initiative, The Met joined a growing body of cultural institutions around the world adopting open access policies. Collection images and data are released under an open license, with the explicit encouragement to the public to share and reuse those collections for any purpose. These policies reframe how museums serve their missions in the digital age; they facilitate the dissemination of a museum’s collection, build audiences, generate goodwill, enable new acquisitions, and attract patrons and donors. Organizations with similar policies include the (pioneering) Rijksmuseum, the Getty Museum, the National Gallery of Art (Washington, D.C.), the National Gallery of Denmark, the New York Public Library, and, in just the past few months, the Barnes Foundation and the National Palace Museum in Taiwan.

As a result of these open access policies, anyone, anywhere is empowered to share these collections in new contexts and to connect them with new audiences. One of the most remarkable instances of this is the work done by the Wikimedia community. This global community of hundreds of thousands of volunteers is now actively using these openly licensed collections (uploaded to Wikimedia Commons) to illustrate Wikipedia articles on topics of all kinds. Across its nearly three hundred language versions, Wikipedia amasses a staggering fifteen billion page views per month. Even a fraction of that attention directed to a cultural institution’s collection can significantly increase the reach of that institution’s mission. At The Met, more people (ten million a month) are now experiencing The Met collection on Wikipedia than on metmuseum.org (two million a month). Furthermore, they’re doing so in languages and contexts that are near impossible for The Met to replicate and support on its own website. And this trend continues to grow.

Establishing a practice of openness requires a cultural institution to adapt the way they work—and resource—so that these acts of sharing can be sustained, analyzed, and amplified. Traditionally, this has been led within cultural institutions by a Wikipedian-in-Residence, a role that has evolved organically to become a critical unifying connection between the practices of the Wikimedia community and the processes, tools, and norms of a cultural institution. Starting with the first such residency at the British Museum in 2010, there have now been Wikimedian-in-Residence partnerships with nearly 150 organizations. These partnerships have ranged from the digitization of rare collections in Argentina, to documentary photography of Carpathian folklore, to organizing global equity initiatives to represent women on Wikipedia, to training librarians to contribute their research expertise to Wikipedia in Côte d’Ivoire.

We also need to look at more integrated and sustainable models for exchanging data between cultural institutions and the Wikimedia platforms, and we believe that Wikidata may provide this opportunity. Wikidata is becoming a nearly universal platform for connecting data shared by institutions about their collections. It makes practical something the cultural heritage sector has been discussing and experimenting with for years—the idea of an interconnected web of “linked open data” that bridges the concepts, vocabularies, and languages that institutions use to describe their holdings. We see this work with Wikidata as the next threshold for our collaboration: a way to unite The Met collection with related artworks from museums and institutions across the world. A critical part of that work will be establishing an automated and scalable means by which data from cultural institutions can be seamlessly ingested by Wikidata, and synchronized to the Commons on an ongoing basis,  removing the need for time-intensive, manual data upload and update processes.

The basis for this new approach to sharing knowledge was recently articulated by the Wikimedia movement in a strategic direction that called upon Wikimedia to embrace its emerging role as the essential infrastructure for the world’s free knowledge. This direction includes two main pillars: “knowledge as a service” and “knowledge equity.” Knowledge as a service describes the technical and social frameworks that support the kinds of collaborations we have been discussing. On the one hand, there is the technical infrastructure and platforms (Wikipedia, Wikimedia Commons, and now Wikidata) that we can use to share open knowledge at internet scale. On the other, it is the human relationships and networks that give the platforms purpose, direction, and meaning. It is about curators, librarians, and archivists working side by side with Wikimedians as partners and allies until this collaboration becomes second nature, until it becomes the service model. On this basis of collaboration and shared platforms, we can work toward the shared goal of knowledge equity. This is about a commitment to full representation of peoples, cultures, and languages on the internet.

Since 2010, Wikimedia communities and cultural institutions have built partnerships the world over because this commitment is shared, and is key to our mission. The Met and Wikimedia plan to continue experimenting and learning together, to be bold, and to explore ambitiously what this partnered future can achieve.

Questions we will be working on together:

Video via YouTube, recorded February 13, 2018, used with permission from the Met.

In February 2017, The Met launched its open access policy. Over 375,000 images of public-domain works in the Museum’s collection became available for unrestricted use under Creative Commons Zero (CC0).

To mark the first anniversary, The Met was joined by the Wikimedia Foundation to reflect on the policy’s impact and the future of museums in the digital age. This video offers highlights from the full event.

The Met’s open access initiative is made possible through the continued generous support of Bloomberg Philanthropies.

You can also read this post on The Met’s blog or on our Medium publication. 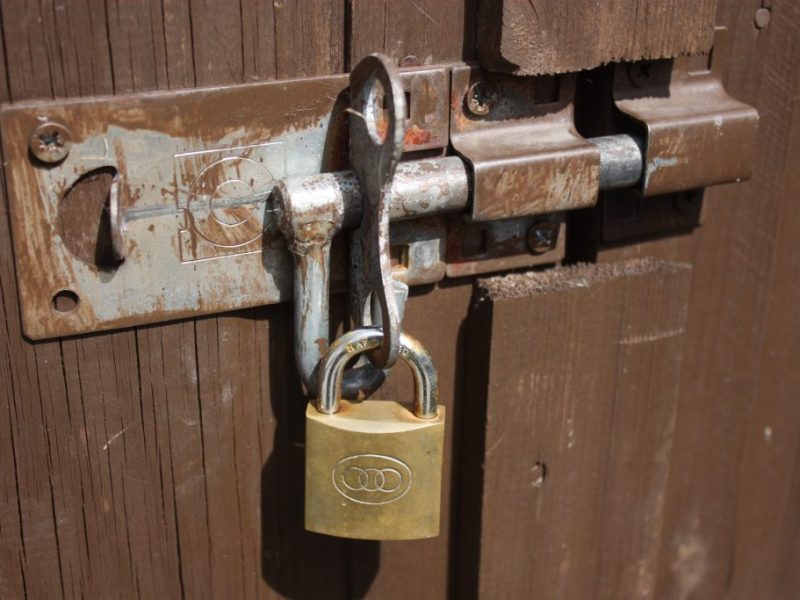 21 May 2018 By Wikimedia Foundation
Read more