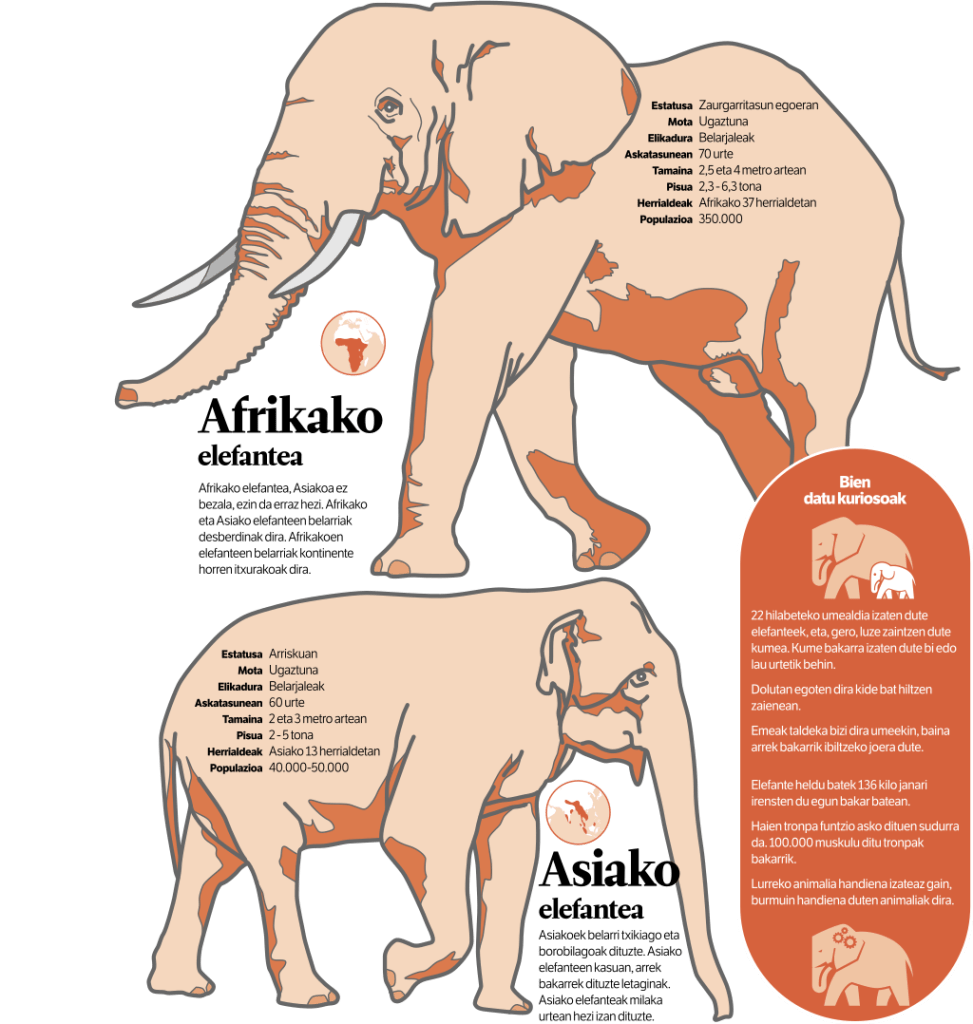 An inforgraphic comparing the African and the Asian elephants, labeled in Basque.

A Wikimedia community group is working with Berria, the only Basque-language daily newspaper, to get their infographics freely licensed and on Wikimedia Commons.

This year, the Basque Wikimedians User Group carried out an ambitious education project that aimed to improve a series of essential articles for high school students, in collaboration with university professors and lecturers. The project was accomplished with financial support from the Basque government’s Department of Culture, who additionally stipulated that a portion of the sum would be put towards freeing already-produced quality content into Basque language.

Berria is the only generalist newspaper in Basque, and they have extensive experience in publishing content. When we sat down with them for the first time in November of last year, proposing that part of our budget could be used to release content that they had, we still didn’t know the impact that this process would have.

The most difficult thing is always to get started—to determine what can be used and what is interesting. Before the meeting, we decided that two special websites’ texts could be very interesting: one called Oroiteria, about the Spanish Civil War in the Basque Country; the other one a website about the paramilitary group GAL. However, as the meeting progressed, we realized that one of the most interesting products Berria could offer was the daily infographics they publish. We asked for an estimate of how many there would be, and we finished the meeting.

A few days later we received the answer: about 16,000, many of them unclassified, because the new database system had been running for only a few years. We countered their simple offer—if we had a hard drive, they were ours—with an offer to allocate part of our funds to help them catalogue, archive, and upload these images to Commons. We thought that this collaboration would be more interesting, as it eliminated the problem of who should organize all of this data while also helping Berria catalogue a product that was not properly archived.

During the first few months of 2018, we discussed how to change licenses for all products. And Berria gave us another pleasant surprise: they changed the whole online newspaper to the Creative Commons BY-SA license. So, in addition to having all past content under a free license, we will also have future content freely available. And that is an advantage in a small language like Basque, in which little content is created, that does not generate a lot of content.

After analyzing the types of content they had, we came to the conclusion that the best tool to upload was Pattypan, as it allowed them too to save that data in a standardized way. And then came the great moment: uploading the first image and see how to improve that upload. We proposed that the images should be in the SVG vector file format instead of JPEG. (Their original files were EPS, so they could be exported to both formats.) We liked SVG because they can be easily translated, and the images can be enlarged without losing quality.

The next problem was categorization. Berria had a series of tags that they use for their own database. We decided that we had to keep those labels, in addition to having a general category. These tags serve as subcategories, and make it easier to search. In the future, these categories could also be the basis for offering content in more than one language.

Many of the infographics are simple. For example, there is a lot of economic data presented in graphical formats. It may be difficult to use these graphs in any article, as they are for very specific and time-limited topics. However, others are relatively timeless, such as maps of mountain routes, those that describe historical events, or those that explain concepts such as network neutrality.

By now, several thousand infographics have been uploaded, and more uploads are happening each week as Berria organizes the old infographics. And thanks to the CC BY-SA license, we can manually take new infographics uploaded to their newspaper. 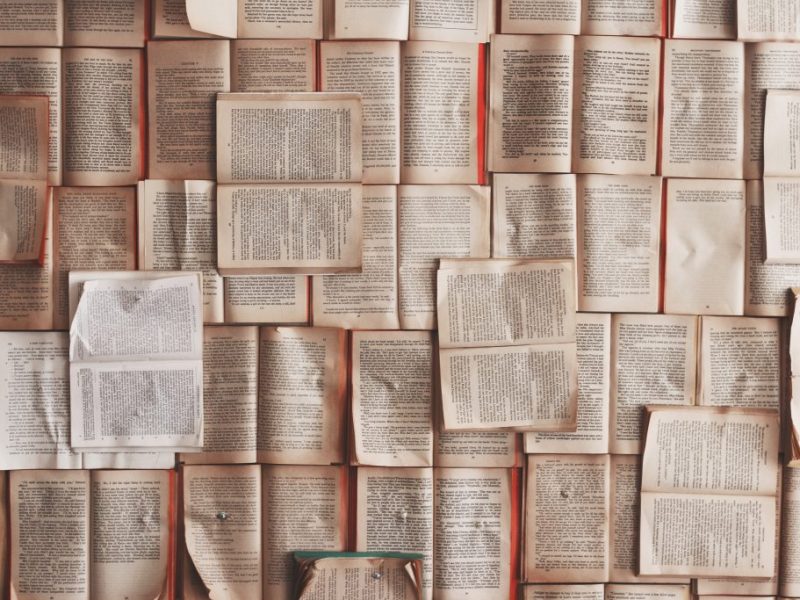