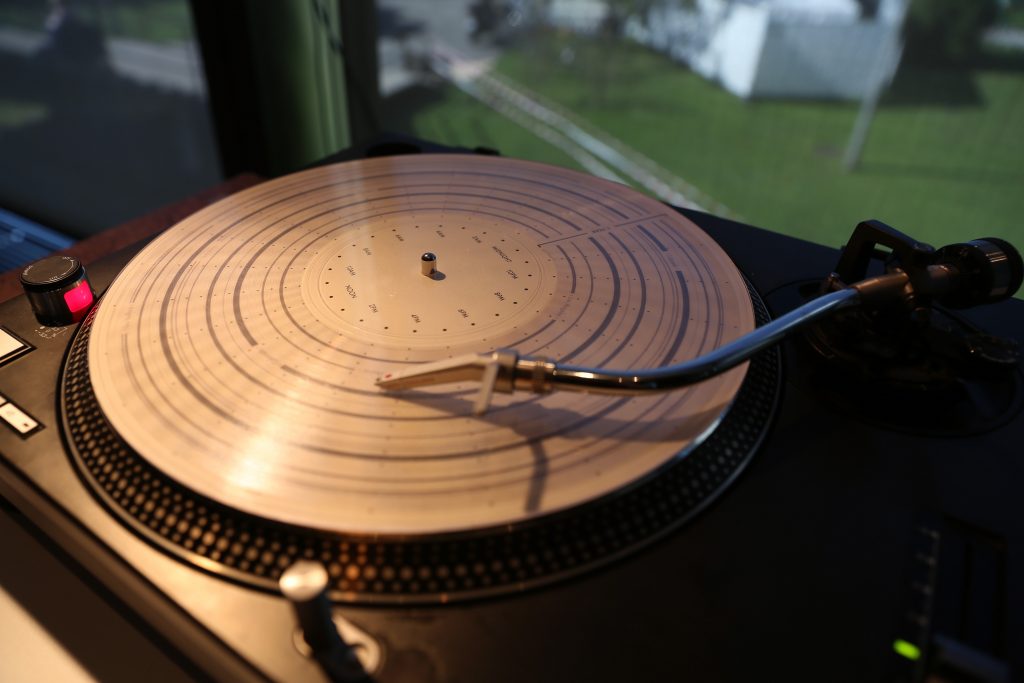 Much of the resistance to the current EU copyright reform has centered around proposed requirements for platforms to employ mandatory upload filters, or filters which would scan all user contributions before they are uploaded to any website. To illustrate how these filters can harm lawful free expression online, we present the story of a German music professor who encountered first hand how filters can miss the nuance built in to copyright law.

Imagine you are a teacher at a public school, and you want to use a free recording of Beethoven’s 5th Symphony in your classroom. As an author of music textbooks and a music theory professor, I am always looking for creative ways to develop teaching materials as Open Educational Resources (oer-musik.de), so that everyone can share and learn from these important recordings. In an effort to develop a set of these materials, I recently began to digitize both my own records as well as records from my employer.

Under German law, the copyright term for recordings which were made prior to January 1, 1963 has expired, meaning they have entered the public domain. Recordings taken after that date were given extended protection in 2013 and thus cannot be digitized. Aware of this rule, I only undertook to upload recordings which were taken before the 1963 date in order to fully comply with the law. Despite that precaution, the process that followed presented a number of unexpected challenges.

The first video I uploaded to YouTube promoted the website where my digitized copies of public domain recordings are available to download. In this video, I explained my project, while examples of the music played in the background. Less than three minutes after uploading, I received a notification that there was a ContentID claim against my video. ContentID is a system, developed by YouTube, which checks user uploaded videos against databases of copyrighted content in order to curb copyright infringement. This system took millions of dollars to develop and is often pointed to as a working example of upload filters by rights holders and lawmakers who wish to make such technology mandatory for every website which hosts user content online. However, these claims ignore the widespread reports of its often flawed execution.

In fact, when I replied to the claim on my introductory video stating that the claimant’s own website said that the date of the recording’s first publication was in 1962, and thus it was in the public domain, the claim was withdrawn with no further ado. This interaction sparked a curiosity in me: were other users uploading public domain music to YouTube receiving similar requests?

I decided to open a different YouTube account “Labeltest” to share additional excerpts of copyright-free music. I quickly received ContentID notifications for copyright-free music by Bartok, Schubert, Puccini and Wagner. Again and again, YouTube told me that I was violating the copyright of these long-dead composers, despite all of my uploads existing in the public domain. I appealed each of these decisions, explaining that 1) the composers of these works had been dead for more than 70 years, 2) the recordings were first published before 1963, and 3) these takedown request did not provide justification in their property rights under the German Copyright Act.

I only received more notices, this time about a recording of Beethoven’s Symphony No.5, which was accompanied by the message: “Copyrighted content was found in your video. The claimant allows its content to be used in your YouTube video. However, advertisements may be displayed.” Once again, this was a mistaken notification. The recording was one by the Berlin Philharmonic under the direction of Lorin Maazel, which was released in 1961 and is therefore in the public domain. Seeking help, I emailed YouTube, but their reply, “[…] thank you for contacting Google Inc. Please note that due to the large number of enquiries, e-mails received at this e-mail address support-de@google.com cannot be read and acknowledged” was less than reassuring.

I wish I could tell you that the ending to this tale was wholly happy. It is true that many of my contestations of these copyright violations were successful. However, I intended to release all of my videos under a free license, so that they could be used in the future for others to educate and inform students about these beautiful works. Even in cases where my defense to the ContentID claims were successful, the videos were not reverted to this free license, making it much more difficult for others to use and share these digitized works in the way I originally had intended.

Filters like ContentID can be useful for platforms that host large amounts of user-generated content, but as my story exposes, they have significant flaws which can lead to the diminishment of educational and cultural resources online. In addition to the copyright issues, the technology appears unable to always recognize the musical piece playing. For example, in one of my video’s Hans Hotter’s interpretation of Franz Schubert’s ‘Der Atlas’ was automatically recognized; however, the recording was actually by Dietrich Fischer-Dieskau. When lawmakers mandate the use of these types of filters for all platforms regardless of their size or existing effective practices, they miss the nuance of how the internet operates and the technical flaws in automatic content detection which still exist, just as these upload filters missed the nuance of my public domain uploads.

Dr. Ulrich Kaiser is Professor of Music Theory, Ombudsman for Good Scientific Practice and Head of the Multimedia Department for Teacher Education at the Munich University of Music and Theatre