Rhizome, an arts organization in New York City, was one of the early adopters of Wikibase, having been using it since 2015 for its archive of born-digital art and digital preservation activities. Sandra Fauconnier interviewed Dragan Espenschied (Rhizome’s preservation director), Lyndsey Moulds (software curator), and Lozana Rossenova (external Ph.D. researcher) to ask them why and how they use Wikibase.

Sandra: On your website, you describe Rhizome as an organization that deals with born-digital art and culture. What does this mean?

Dragan: Rhizome was founded in 1996, as an online initiative by net artists. Internet-based art or net art is an art form that uses new media, and specifically the internet, as its medium. So, we deal with art pieces that have been made especially for the internet, not digitized ‘classical’ artworks! In the mid-1990s, this art form was emerging and quite new; Rhizome and many other organizations around the world have helped to make it more established. Today, Rhizome is an affiliate of the New Museum in New York City.

Throughout its history, Rhizome has supported net art in various ways. In 1999 we founded the Rhizome ArtBase, which would grow into a repository of more than 2,000 artworks. Since a few years, we have become very active in preservation research and projects. This became a pressing issue, because net art is very vulnerable: after only a few years (as internet standards and software evolve quite quickly), online art projects may behave very differently, or may even stop working entirely. We try to document very well how the net art projects in our collection work, what they are about, what they need in terms of technical infrastructure, and how we use emulation (making sure that older digital projects can run, look and behave as originally intended, inside a newer technical environment). Rhizome also runs artistic programs: we publish essays and articles about digital culture and events, commission work and online exhibitions, and at this moment continuously publish the Net Art Anthology, a list of 100 notable net art works. One ‘historical’ net art piece is presented per week—this keeps our preservation department really busy!

Sandra: You are one of the first organizations that has started using Wikibase as database software, for your own purposes. Why did you decide to do that, and how do you use Wikibase?

Dragan: The original database of the Rhizome ArtBase was designed in the beginning of this century and has—typical for that era—a very fixed structure. It worked with a system of fixed fields and tags (keywords) indicating, for instance, which web browsers are most suitable for an art project, or whether the project uses specific scripting or programming languages, such as Javascript. It’s a challenge to keep these tags up to date, and we found that their cultural meaning and importance changes over time. Also, the art projects that we are dealing with often change and evolve radically: they may move between different URLs, exist in different versions, or be published under different titles. A good example is the work untitled[scrollbars] (2000) by Dutch artist Jan Robert Leegte. It can be viewed at scrollbarcomposition.com, and is archived by Rhizome at http://archive.rhizome.org/artbase/2549/untitled/index.htm. It looks very different, depending on the browser in which it is viewed, as documented on the artist’s own website: http://www.leegte.org/work/scrollbarcomposition-com/.

In general, we found that classic database systems are very limited for our purposes. Databases for collections in the art and museum sector tend to use categories that are assigned to classic art: there, an artwork usually has one creator, a single date of creation, it has a physical location and maybe dimensions. The Wikibase software, with its basic schema of items, properties and qualifiers, offers a lot more flexibility to describe an ever-changing field like internet art. You don’t need to have a fixed worldview in place before you can start describing your objects; you can experiment, feel your way into it, and change the meaning of concepts over time. And even if you have a few ‘outlier objects’—exceptional cases—in your collection, you can still describe them in a meaningful way, without disturbing the other objects.

Demonstration of how the artwork untitled[scrollbars] (2000) by Jan Robert Leegte is described in Rhizome's Wikibase installation.

Lozana: At this moment, we use Wikibase in an experimental way, but we are committed to adopting it as a long-term and sustainable solution for the ArtBase. In my research, I’m currently investigating how the ArtBase frontend on the Rhizome website can be redesigned. The current version still shows the old database, but we plan to relaunch it with an interface that is powered by Wikibase.

Sandra: Are you the only organization using Wikibase for digital preservation? And does your project connect to Wikidata as well?

Lyndsey: With funding from an IMLS (Institute of Museum and Library Services) grant, we work together with the University of Freiburg and Yale University Library; there is also the Software Preservation Network. So we are part of a larger group of projects that try to figure out how to maintain and preserve software, how to catalog it, and how to describe its technical dependencies. Until recently, there has not been a very good repository for that kind of knowledge. But Wikidata has turned out to be quite suitable to describe this required shared information. At first, Wikidata items about software programs were described from the perspective of a software publisher: for instance, that the Netscape browser (popular in the late 1990s) was released by the Netscape Corporation. Now, increasingly, Wikidata also stores data that is interesting from the perspective of end users and preservationists: what types of data can a software application handle? What kind of operating systems does it run on? People involved in the Software Preservation Network actively add this kind of information to Wikidata now. 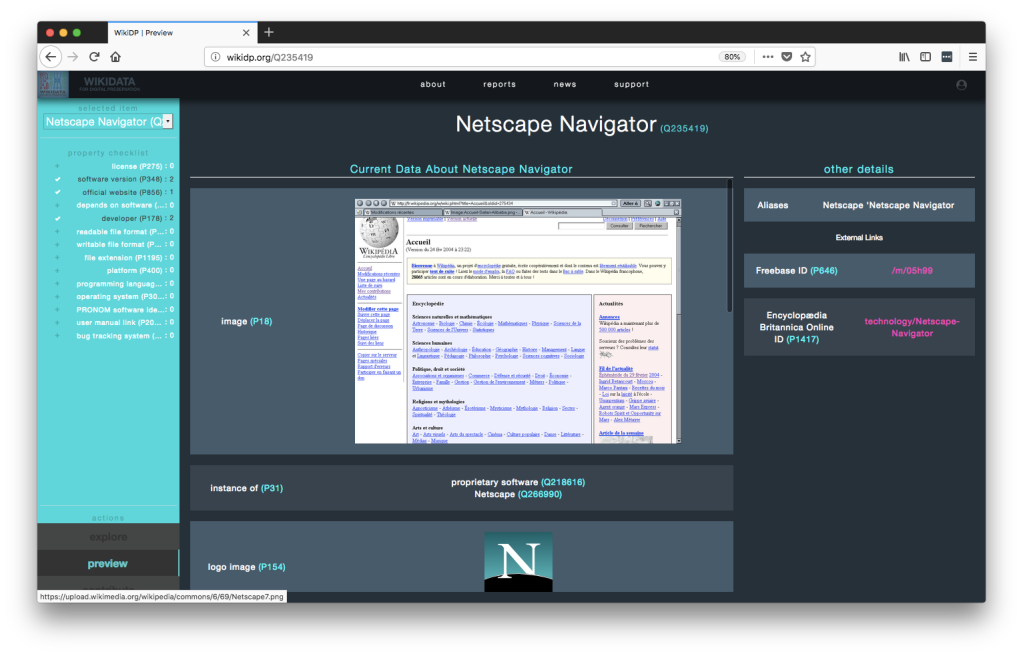 Information about the Netscape Navigator browser, as shown in the custom-built Wikidata interface of the WikiDP portal.

Dragan: This set of basic information is extremely useful for the software preservation field in general: if you have a binary file in a certain format from a certain time period—say, a RealAudio file from 2000 -, the information in Wikidata will help you discover which software you need to make sense of that file again.

We still decided run our own Wikibase because of several reasons: In the digital arts field, we deal with pretty specialized performance information that the world at large is probably not interested in, or the community hasn’t come to an agreement how to describe it. For instance, to adequately reproduce certain internet artworks, like Automatic Rain (1996) by JODI, we at Rhizome want to know if a browser supported the <blink> HTML tag. After we have found out about the right browser, we actually need to know where its executable binary is located so it can be run in an emulator. Wikidata doesn’t hold this type of information, but describes software in the abstract. And finally, licensing restrictions of Wikidata and Commons prevent certain information to be stored there: for instance, reference information about software would in many cases be contained in screenshots, which for Rhizome’s purposes is not permitted on Wikidata and Commons.

Additionally, net art is often about finding cracks in technological systems, or about using a mundane system in a poetic way. In digital art, artists have sometimes deliberately strayed away from standards, or have exploited very specific versions of software and file formats. Here we see a large need for federation [Ed. note: meaning individual but interconnected databases]: many different Wikibases, used by individual organizations, containing specialized data, while all pointing to the same Wikidata items, describing these items from the perspective of their own specialization. 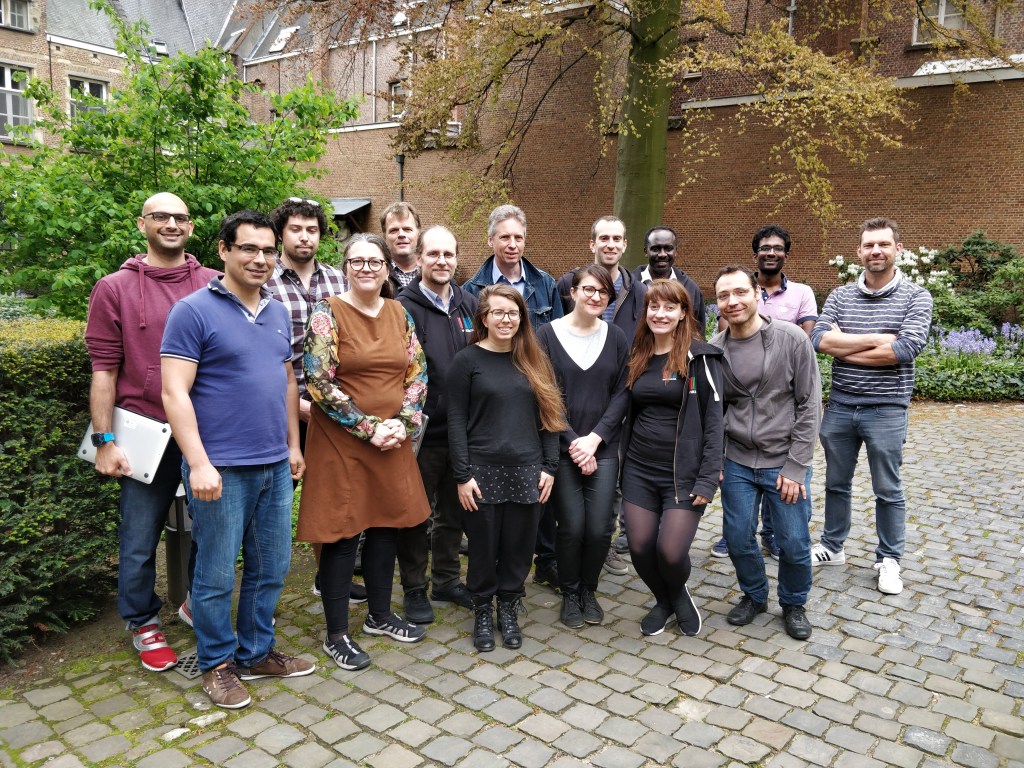 At this moment, we are co-organizing a series of meetings and workshops of Wikibase users and developers, where we discuss this topic of federation, and we try to solve the last issues to make it work well. Wikibase and Wikidata can be queried with SPARQL, which has been a fantastic design decision, because SPARQL is designed to support federation. If an institution similar to ours runs a Wikibase instance, they can query our software collection and check if we have the software application they need. At Rhizome, we have quite a lot of data and knowledge about the heydays of net art—the 1990s and 2000s, Windows XP, early web browsers… but another organization might be really well-versed in 8-bit computers, or consoles, which might again be very useful for us to query. The field of software preservation is huge, and it is very beneficial to be able to access other organizations’ specialized information via federated databases.

Sandra: What would you like to see for Wikibase’s future?

Dragan: Mediawiki is a major success in allowing anyone to run their own wikis, and Wikibase has a similar potential. Wikibase dramatically lowers the barrier of entry to Linked Open Data publication and editing. I hope the Wikimedia movement, the Wikimedia Foundation and Wikimedia Deutschland will continue supporting this in the future! Archives and libraries usually talk a lot about metadata—how their collections should be described, which fields should be used… Many of these problems have been solved with Linked Data. You still need to discuss metadata, but you don’t have to agree on everything down to the tiniest detail. In one database, a person can be called a ‘creator’, in another database a ‘programmer’; with Linked Data you can bridge these differences.

Lozana: The conceptual elements around modelling data and federation in Wikibase are absolutely fantastic. But the user experience and interface design—both in terms of the frontend and the very process of installing and configuring Wikibase—can still be improved a lot, if we want to make the adoption and enduse of Wikibase even more accessible. We are happy that Rhizome can play a role in this process. For example, on the frontend level, it would be very interesting to be able to create dynamic interfaces based on SPARQL queries. I will be working with Rhizome to develop prototypes for that, and will communicate with Wikimedia Deutschland about the possibilities.

Together with a group of other organizations using Wikibase, Rhizome participates in a Wikibase workshop series supported by the European Research Council. The next meetup (fully booked!) takes place in New York City on September 19–21. 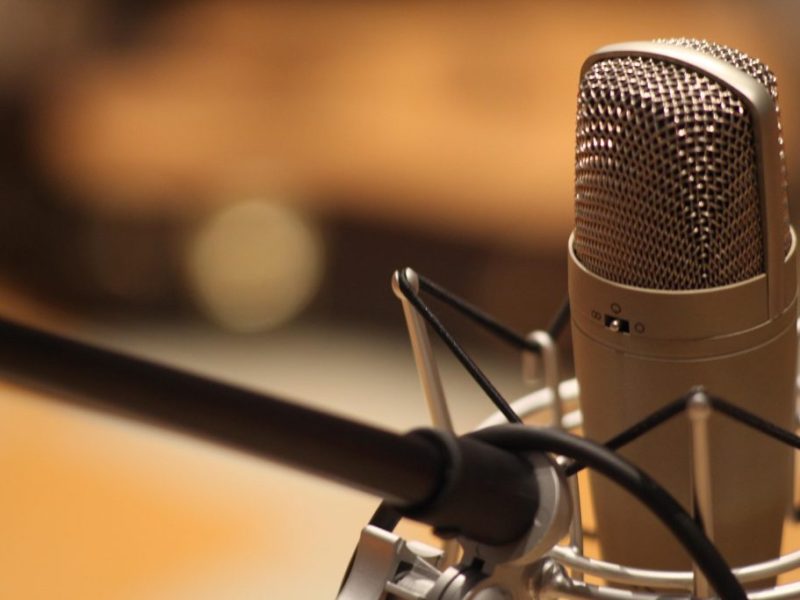 Languages and multilinguality have always been an important part of the Wikimedia projects. After all, Wikimedia projects are available in over 300 languages. But most of these languages are accessible as a form of knowledge of their own only in their written form. Lingua Libre aims to change that by making the sound of a…. 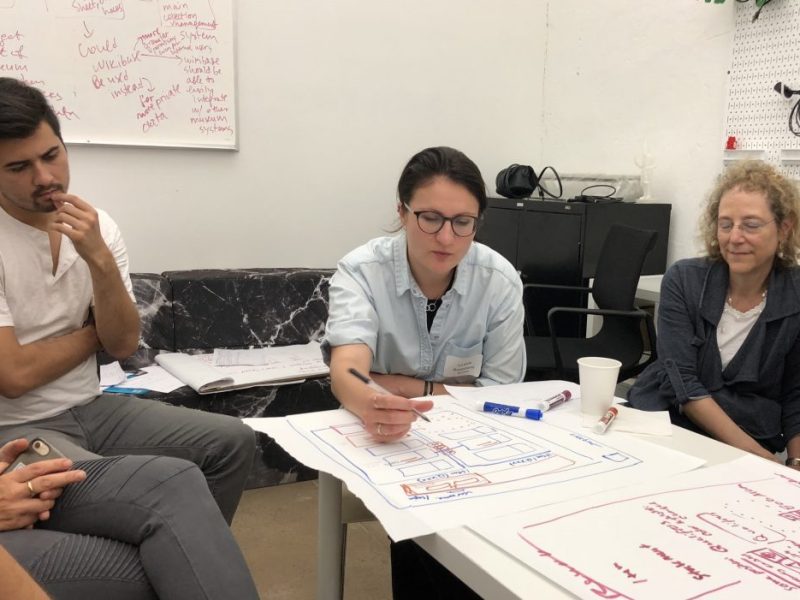 When you think about the work of art historians or genetics researchers, installing database software is not the first thing that comes to mind. Yet, from 19 to 21 September, Wikimedians, art curators, and scientists gathered at the New Museum in New York City’s Lower East Side for a three-day workshop to talk about an….