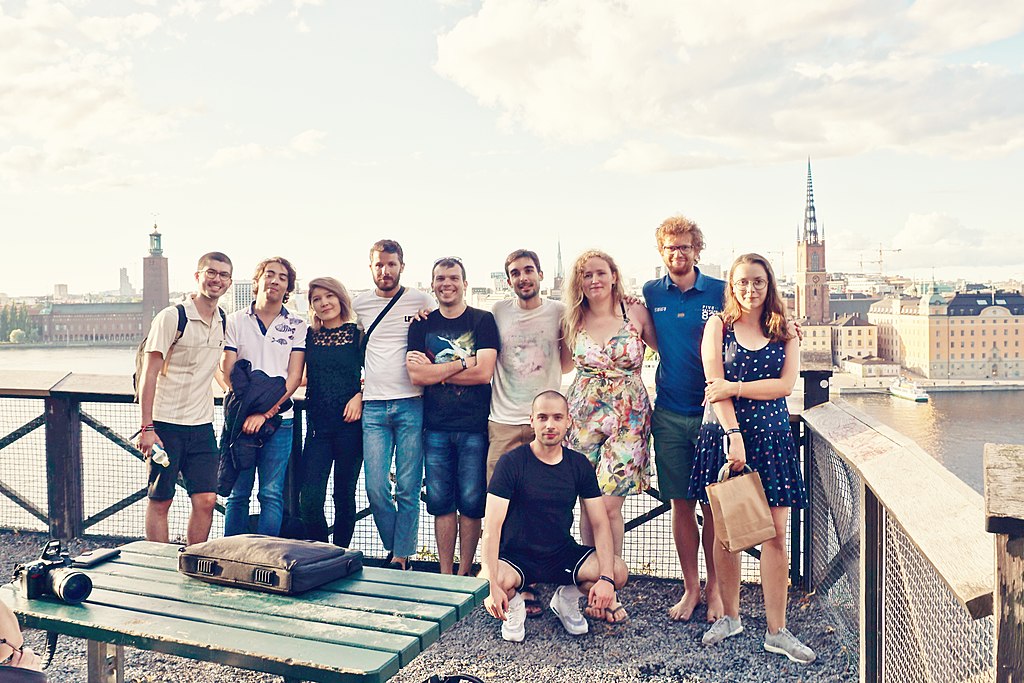 Members of the Wikimedia LGBT User Group from Europe, Asia and Africa met in August 2018 at Europride Stockholm. They walked in the Europride Parade and wrote 80 articles in 10 different languages. The group discussed ways in which they could support each other through an international network.

Have you ever heard of compulsory heterosexuality? This concept described how heterosexuality is assumed, enforced and viewed as an obligation regardless of one’s own sexual preferences, and it was the subject of one of the articles that members of the LGBT user group wrote about in different languages in Stockholm, Sweden, last August.

The event was organized by a group of Wikimedians coming from Asia, Africa, and Europe, all united by one single cause: promoting LGBT Culture and achievements online. For four days in August, 12 participants took part in EuroPride 2018 in Stockholm. In two days of editing, the participants created, translated, and improved over 80 LGBT-related Wikipedia articles in more than 10 languages, in addition to adding over 300 photos. They also participated in a human rights summit, and the user group walked in a pride parade for the first time. For some participants, it was the first time they had the chance to walk in a pride parade in their life, as they don’t exist in their home countries.

The meeting gave LGBT user group members the opportunity to meet and exchange their personal experiences both inside and outside the Wikimedia movement. They also strategized about how they could support one another through an international network. Next year, two similar events will be organized in Vienna for EuroPride and New York for World Pride.

We talked with two organizers of the Stockholm event: Houssem Abida and Saskia Ehlers. If you’d like to contribute to making the flag more visible on Wikipedia, join the Wiki Loves Pride initiative.

What’s the current state of LGBT content on Wikipedia? Where is it strong, and where is it weak?

Houssem Abida: I think LGBT content needs a lot of work on Wikipedia, especially in some specific languages. For example, you can find articles that cover almost all sexual concepts in English, but it is very hard to find them in Arabic. For example, drag kings are a very basic concept in LGBT culture, but they didn’t exist on the Arabic Wikipedia before the Stockholm edit-a-thon.

Also, many important activists are still not showcased enough through the platform; it is our role to write about them.

That said, I think a strong point of Wikipedia is that it gives a relatively good and updated general overview of the situation LGBT people are living in every country (through the articles “LGBT in X”).

How does the emerging Wikimedia 2030 strategy fit with improving coverage of LGBT topics on Wikipedia?

Houssem Abida: I think the strategy is very supportive to our case and in fighting for it. For example, the way it emphasizes partnerships is very important for us and makes our work stronger and structured (NGOs provide references and documents, help with logistics, help us access difficult communities, etc.). Also, focusing on local communities is something we need, as it provides us with deeper communication channels and allows to reach a bigger and more vulnerable community (when it comes for the sexual education role that Wikipedia plays, for example).

What gave you the idea to combine EuroPride with peace advocacy?

Saskia Ehlers: This is a somewhat longer story. My grandparents met through a peace organization after World War II. They took part in workcamps where they rebuilt churches and houses with teams of young people from different countries that had previously been at war. The intention of those kinds of exchanges and organizations was for the participants to get to know each other’s cultures and become friends, so that it would in the future it would not be possible to blindly hate and slaughter people just because they had another nationality, culture, or spoke another language.

When the time came I became active in such an organization as well. I was a camp leader and organizer in Germany and other countries. Through that I met Thomas Schallhart from Austria, who was like me active within the Wikimedia movement and the same peace organization. We decided to combine both passions in the Wikipedia for Peace project. In this, young people from different countries came together to write about a certain peace related topic on Wikipedia.

I had organized a LGBT-related Wikimedia event in Madrid in 2017 because the World Pride took place there then. It was truly great and very fruitful, so I wanted to repeat this in Stockholm—and as Thomas had lived in Sweden for several years, we had the necessary connections to make that idea a reality.

The reason why we see writing about LGBT issues as a topic suitable for the Wikipedia for Peace format is that aside from nationality, culture, and language barriers, people are also excluded or hated because of their sexual preferences. Both Thomas and I have experienced that personally. This format gives us the chance to spread knowledge in different language versions, and through education create tolerance and awareness. In Madrid, for example, participants wrote the first Kyrgysz Wikipedia article on sexual diversity. On the other hand people can have human exchanges and gain understanding through this. One thing that I can think about here is how one person in Madrid described how and why they had bullied homosexuals in their youth, and how the phenomenon is very present in their culture until today. That same person continued to work on the topic after the event was finished. I think that these events and sharing experiences with very different people can change a person’s mind and life.

How did you decide what topics to cover at the Stockholm edit-a-thon?

Saskia Ehlers: People had different ideas on what to write about, so at the end we covered a wide variety of topics. One person for example promised to their bisexual friend that they would write about biphobia in their language as there is sometimes discrimination within the LGBT community towards bisexuals. Another person who is a doctor in real life wrote about sex change surgery. We had a reflection round each day and talked about what each person wrote about during the day. So people also gave each other ideas and influenced each other on what to write about. We also had input in terms of talks from participants. In one talk different gender concepts from all over the world were mentioned, which led one participant to write about the Southern Mexican concept for the third gender Muxe. We took part in the human rights summit in which important activists and speakers from different countries were present. One of them was Sedef Çakmak who was the first openly gay politician to be elected into office in Turkey. Some people wrote about her in their language versions. We also took a picture of her at the summit, which is now included in her article.

It’s somewhat difficult to finance and organize such international exchanges through Wikimedia funds. Conference grants don’t really fit because the projects are designed to be low budget. Travel costs can only be reimbursed from chapters with a lot of money for community support, such as Germany, Switzerland or Austria. All of means that it is a lot harder for people from poorer countries or regions with no user groups or chapters to participate. This made the financing and logistics somewhat difficult and time consuming. A rapid grant alone is not sufficient to cover the flights, accommodation, and food costs during the event. Another kind grant to organize such exchanges like a European fund would be great. We proposed this idea at Wikimania in Cape Town.

Aside from that we’d like to thank the Austrian, German and Swedish chapter for the financial and in kind support of the event.

This interview has been minimally edited. 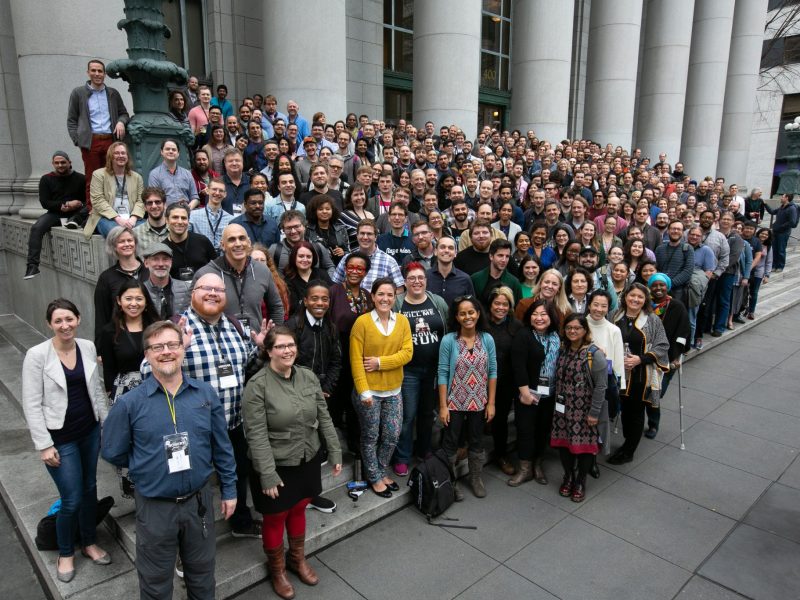 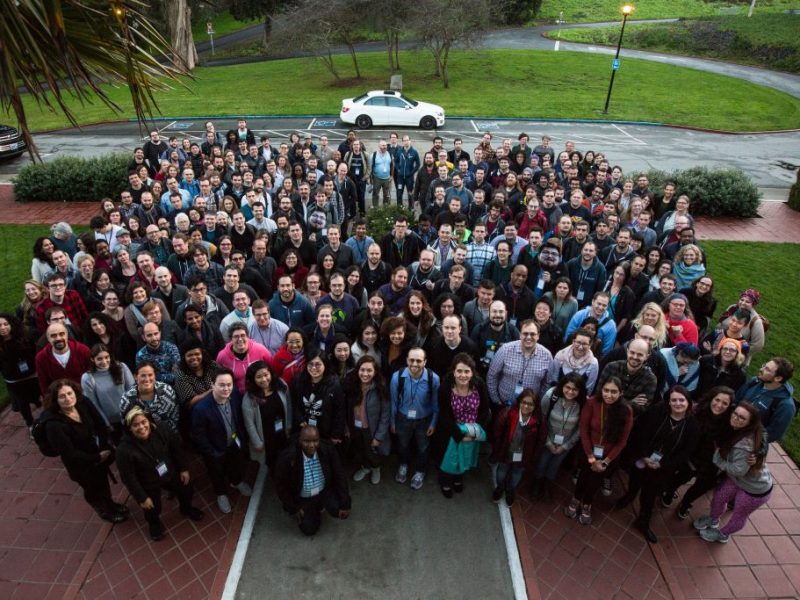 Diversity and inclusion information for Wikimedia workers, by the numbers

The Wikimedia vision is a world in which every single person can freely share in the sum of all knowledge. We believe knowledge belongs to everyone, and that people from diverse backgrounds should be empowered to participate in the collaborative creation of knowledge. While we often discuss diversity and inclusion in the context of the….