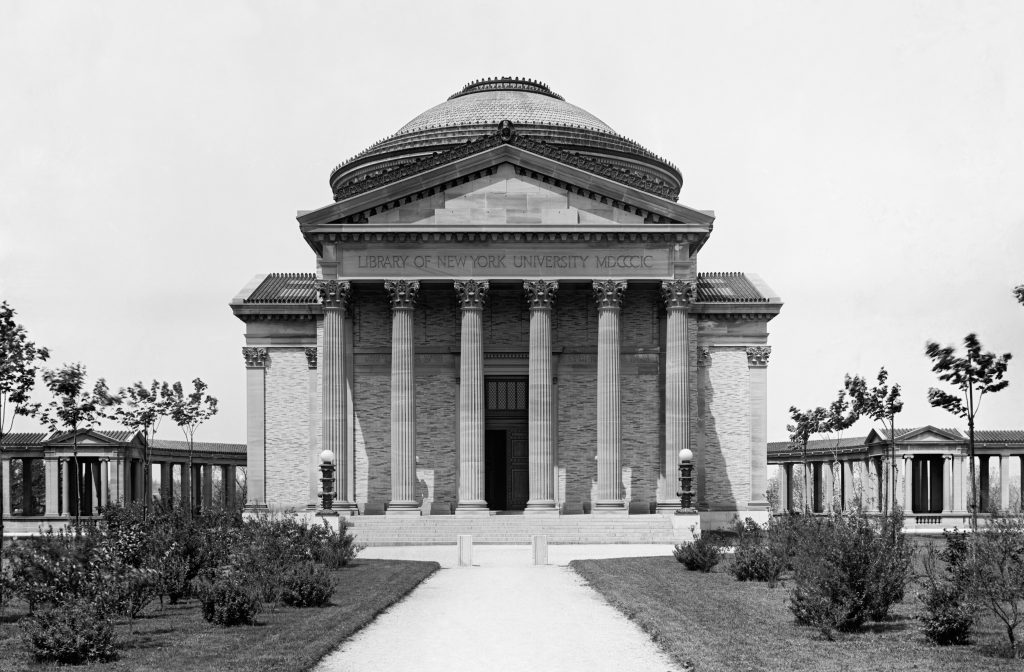 In recent weeks, the world learned about Dr. Donna Strickland, only the third woman to be awarded the Nobel Prize in Physics. It also learned that Wikipedia lacked an article on Strickland amongst its over five million articles. Wikipedia subsequently received justifiable criticism for its low percentage of female editors, its editing culture, and its replication of the world’s systemic biases.

Unfortunately, this coverage included little about more mundane problems encountered by editors who are trying to document academics and academic fields on Wikipedia.  Wikipedia is the encyclopedia anyone can edit, and of the 130,000+ volunteers who edit the English Wikipedia on any given month, the majority are not academic experts. They lack sources to cite and photos to use for the articles they want to write, and they don’t always know where to find them.

This is where academics can step in to help and ensure there are Wikipedia articles documenting the achievements of the next generation of Donna Stricklands. Contributing to Wikipedia is rewarding, but it can be a significant commitment of time and effort.  It’s important to have Wikipedia events at your institution, but there are plenty of other ways you can help that don’t involve one-off editing events:

1. Write about your field on Wikipedia

Follow the examples of future doctor Emily Temple-Wood and Dr. Jess Wade and take stewardship of the articles in your field. Write or contribute to articles on important people and topics in your area of expertise and encourage your colleagues to do so as well. Members of numerous organizations, from the American Chemical Society to the National Women’s Studies Association, are already engaged with Wikipedia articles in their relevant academic domains.

2. Have your students write about your field on Wikipedia

Encourage your students to do so as well, perhaps in the form of classroom assignments. The non-profit organization Wiki Education Foundation provides curricular and technical assistance to hundreds of college courses each semester whose students are contributing to Wikipedia as part of their coursework. Students who reluctantly write papers for an audience of one respond positively when presented with the opportunity to contribute to a globally-accessible web of knowledge.

3. Critique an article in your field

Even if you don’t have the time or inclination to contribute to Wikipedia, you can still help Wikipedia by critiquing an article.  For example, Karen Lemmey, a curator at the Smithsonian American Art Museum, offered a brief critique of the Wikipedia article on the sculpture The Greek Slave.  This critique, recorded by Professor Andrew Lih and made available on Wikipedia, provided direction for his American University students to significantly improve that Wikipedia article.  If you’d like to do this yourself, you don’t have to go to the trouble of making a video—you can simply leave a few quick comments and sources on the “talk” page, a discussion page for each article you can reach by clicking on the “talk” tab, to help Wikipedia editors with your expertise.

4. Document the important people in your field

There are other ways your expertise can help. Write and publish biographies documenting important colleagues and their contributions to your field.  Biographical articles about academics, especially if they are in a peer-reviewed journal, are one of the most important and useful sources a editor can draw on to write a Wikipedia article. The lack of these sources are a major reason why Wikipedia articles on academics like Donna Strickland don’t get written or get deleted. Consider contributing and publishing these kinds of profiles in your field’s journals if they aren’t already.

Even if these articles exist, they might not be accessible to most editors. For example, the journal American Psychologist publishes numerous short biographical articles about award winners and other major contributors to the field, but if you try to read them on the web, you’ll be confronted with a pay-wall charging you $11.95 to read each one. Unless a Wikipedia editor is affiliated with an academic library that subscribes to American Psychologist, they won’t be able to read that profile and a Wikipedia article on that particular academic likely won’t get written. Even if your journal isn’t open access, consider making these types of articles open-access to facilitate the creation of Wikipedia articles on people in your field.

5. Photograph the important people in your field

Writing isn’t the only way you can contribute to Wikipedia. We often hear complaints that many Wikipedia articles lack photographs of their subjects, but we simply can’t grab photos off the web. Like Wikipedia’s written content, almost all photos we use* must be freely licensed and reusable.  Wikipedia editors do their best to find, create, and contribute as many photos as they can. For example, Wikimedia District of Columbia volunteers go to events like the National Book Festival to take photos of people for their Wikipedia articles.

Academics can contribute in the same way. Document your conferences and colleagues and put the photos on Flickr or Wikimedia Commons.  Remember that we can only use freely licensed photos that can be redistributed, and non-commercial licenses prevent their use on Wikipedia. For example, the American Library Association does a fantastic job of providing photos of their conferences and leading contributors to our field. Unfortunately, they post them on Flickr with a non-commercial license, so many Wikipedia articles about important librarians, including about half of the most recent presidents of the ALA, lack photographs.

It’s important to remember that Wikipedia isn’t something created in a factory somewhere by people you’ll never meet. It’s the encyclopedia anyone can edit, and that includes you too. Scholarly communication shouldn’t be limited to conferences, journals, and your students.  Come help Wikipedia volunteers as they assemble the world’s most widely-used and largest information resource.

Professor Robert Fernandez is an academic librarian and a member of the board of directors of Wikimedia DC, an independent Wikimedia outreach organization. The opinions expressed are those of the author alone and may not be reflected by the Wikimedia Foundation or the Wikimedia community.

*Wikipedia image policies vary by what language edition you are on. The English-language Wikipedia, for example, has an extensive policy on when images can qualify for a fair use exemption.