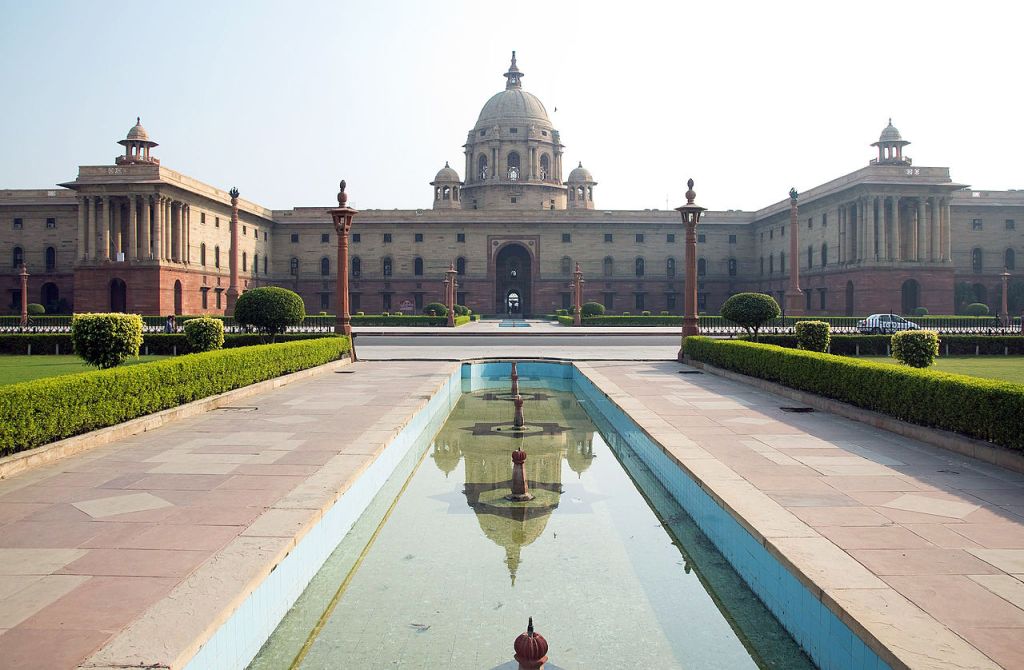 The Wikimedia Foundation is deeply concerned about new proposed changes to India’s intermediary liability rules — the rules that govern how websites with users in India host content on their platforms — which are currently being considered by the country’s Ministry of Electronics and Information Technology.  The proposed changes may have serious impact on Wikipedia’s open editing model, create a significant financial burden for nonprofit technology organizations and have the potential to limit free expression rights for internet users across the country.

To address these concerns, the Wikimedia Foundation has issued the following letter to the Minister of Electronics and Information Technology, Shri Ravi Shankar Prasad. We are publishing this letter openly here to raise our concerns and emphasize the risks that the proposed rules will have on the fostering of open and free knowledge across the globe. #ForFreeKnowledge

I am writing today on behalf of the Wikimedia Foundation to express our concerns regarding the Ministry’s proposed changes to the intermediary liability rules and its negative impact on access to knowledge and participation for Indians online. The Wikimedia Foundation is the nonprofit that hosts and operates Wikipedia, along with a number of other free, collaborative  projects aimed at providing access to knowledge for everyone. We write on behalf of our organization, but also on behalf of the hundreds of millions of volunteer readers and editors who use and contribute free knowledge to Wikipedia and the other Wikimedia projects every month.

This November, readers in India visited Wikipedia over 771 million times, the 5th highest number of views to Wikipedia from any country in the world. Not only do Indians access Wikipedia in large numbers, they are integral and valued contributors to the encyclopedia, which is available in 23 languages spoken across India. Since 2017, the Foundation has sponsored a content creation contest aimed at growing the number of available articles in local languages across India. The 2017-2018 contest resulted in the addition of almost 4500 new articles to Indic language Wikipedias. Given the prominence and popularity of Wikipedia among internet users and contributors across India, as well as its status as a vital learning resource, we hope that you will take our comments into account when considering and notifying the new draft rules on intermediary liability.

During the consultation on these rules at the beginning of 2019, we joined a coalition of organizations to voice our worries about the negative effects of the draft proposal on freedom of expression and innovation. We appreciate the opportunity to submit that letter and welcome the Ministry’s willingness to consider comments on the bill. Unfortunately, it has been nearly a year since the official consultation on these draft rules was closed, but neither participants in the consultation nor the public have seen a new draft of these rules since that time. We trust the Ministry has taken the valid concerns that we and many others have raised into account when revising the draft rules. We encourage the Ministry to release the current draft and make sure there is  a robust and informed debate about how the internet should be governed in India.

We remain concerned that requirements in the bill will hinder our mission to provide free access to knowledge in India, rather than support it. The most negative effects on websites posed by the requirements in the draft bill might be mitigated by the introduction of definitions of social media intermediaries and a layered approach to obligations like those laid out by the Data Protection Bill of 2019 (section 26), which sets different requirements for significant fiduciaries. Yet, even with such an approach we remain concerned about requirements which encourage or necessitate automated filtering of user uploads, either explicitly or implicitly through short takedown times, and could severely disrupt the availability and reliability of Wikipedia. Both of these qualities depend on a unique and effective content moderation system that allows people to decide openly what information is appropriate for the encyclopedia.  The information that is included on Wikipedia is collected and curated by thousands of global volunteers who work together to make knowledge available for everyone. Wikipedia is structured by individual languages, not geographic markets. People work together in real-time to write articles about topics of interest on Wikipedia. Some people make larger changes to the articles and add substantial sections with new information, others focus on incremental improvements by correcting grammar. Together, they work to ensure information stays neutral and is based on reliable sources. They also remove content that does not meet the site’s quality standards. This collaborative system of people would be severely disrupted by obligatory filtering systems that monitor for and automatically remove illegal content across the website. Short response times for removals that would essentially require the use of automatic systems would interfere with people’s ability to collaborate in real time “on Wiki”, the collaborative, open editing model that has been crucial to Wikipedia’s growth.

Requirements to quickly and automatically remove content that may be illegal in one jurisdiction without meeting globally accepted human rights standards are also antithetical to Wikipedia’s global perspective and reach. People around the world see the same content on Wikipedia—someone in New Delhi could collaborate on the same English Wikipedia article alongside an editor in Berlin. This process makes Wikipedia articles richer and more reflective of how the world understands a given topic. As such,  it is impossible to restrict changes inside a Wikipedia article from being visible in one country and not another. Fulfilling mandatory content removal requirements from one country would leave problematic gaps in Wikipedia for the whole world, break apart highly context-specific encyclopedic articles, and prevent people from accessing information that may be legal in their country. Wikipedia’s broad reach and cross-cultural collaboration is integral to our goal of providing access to knowledge for everyone, and these requirements significantly hinder that goal.

We are also concerned about the material burden that some requirements in the draft bill would place on the Wikimedia Foundation’s nonprofit model that operates to serve people around the world. While it may be possible for larger companies to comply with local incorporation rules, it would be an unrealistic burden for a global nonprofit with limited resources to comply with local incorporation requirements. Rules which require the removal of content or cooperation with law enforcement within short time periods could also prove impracticable without significant additional investments in either new employees or technology. We fear that such burdens will consume vital resources that would otherwise be directed to providing access to knowledge and reliable, neutral information to Indian citizens.

Finally, we believe that imposing traceability requirements on online communication is a serious threat to freedom of expression as it could interfere with the ability of Wikipedia contributors to freely participate in the project. An important feature of Wikipedia is that the website does not track its users. This is important for data protection reasons and readers’ and contributors’ autonomy alike. However, it is also crucial for the safety of Wikipedia contributors who contribute or moderate content on sensitive topics, or who contribute from regions where their personal safety could be at risk for editing Wikipedia. Requiring websites to track their users will discourage free communications and has the potential to even discourage legal economic activity on the internet, especially in countries where online censorship is prevalent —  but not only there.

Based on the concerns raised above, we are worried that the Ministry may set rules that could have serious implications for Wikipedia and its mission to provide free access to neutral, reliable information. We humbly ask that the Ministry release a new draft of their proposed intermediary liability rules, which we hope have taken into account our comments in the public consultation from last year, and work with civil society groups to address any remaining concerns before notification of these rules.