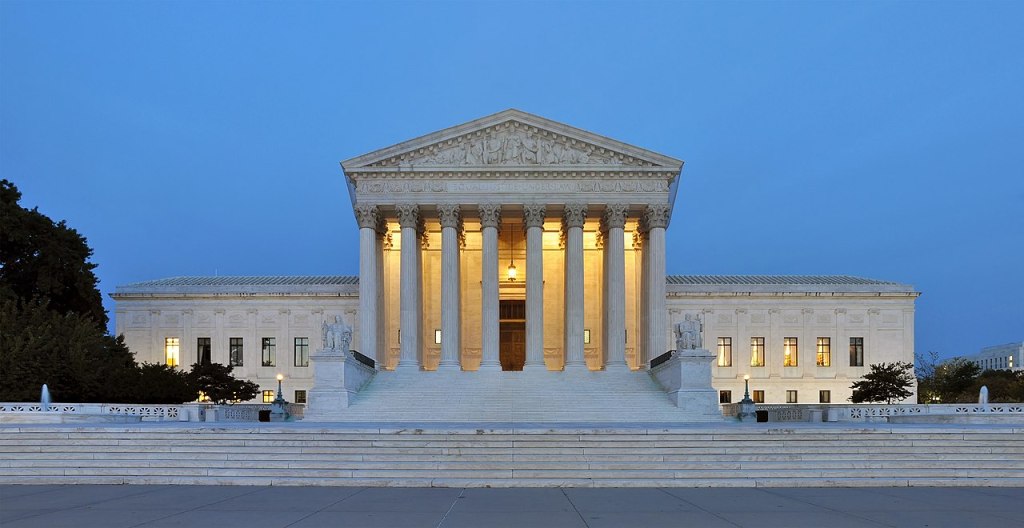 The Wikimedia Foundation, the nonprofit that operates Wikipedia, petitioned the U.S. Supreme Court today to review a challenge to the National Security Agency’s (NSA) mass surveillance of Americans’ private emails, internet messages, and web communications with people overseas, also known as its “Upstream” surveillance program. In its petition, Wikimedia asks the Court to reject the government’s sweeping claims of “state secrets” and allow the case to proceed, arguing that the wealth of public disclosures about Upstream surveillance means the program can and should be subject to constitutional review in the courts. The American Civil Liberties Union, the Knight First Amendment Institute at Columbia University, and the law firm Cooley LLP represent the Wikimedia Foundation in the litigation.

“When people’s privacy is at risk, free knowledge is at risk,” said James Buatti, Senior Legal Manager at the Wikimedia Foundation. “The NSA’s mass surveillance is a threat to the fundamental rights to privacy and free expression for the hundreds of millions of people worldwide who rely on Wikipedia and other Wikimedia projects for reliable information.”

Upstream surveillance is conducted under Section 702 of the Foreign Intelligence Surveillance Act (FISA), which permits the government to intercept Americans’ international communications without a warrant so long as it is targeting individuals located outside the U.S. for foreign intelligence purposes. Section 702 will expire in 2023 unless it is reauthorized by Congress.

In the course of this surveillance, the NSA copies and combs through vast amounts of internet traffic, including private data showing what millions of people around the world are reading or writing online—whether they are accessing knowledge on Wikipedia and other Wikimedia projects, browsing the web, or communicating with family and friends. This government surveillance has had a measurable chilling effect on Wikipedia users, with research documenting a drop in traffic to Wikipedia articles on privacy-sensitive topics following public revelations about the NSA’s mass surveillance in 2013.

“It is past time for the Supreme Court to rein in the government’s sweeping use of secrecy to evade accountability in the courts. Upstream surveillance is no secret, and the government’s own public disclosures are the proof,” said Patrick Toomey, Deputy Director of the ACLU’s National Security Project. “Every day, the NSA is siphoning Americans’ communications off the internet backbone and into its surveillance systems, violating privacy and chilling free expression. The courts can and should decide whether this warrantless digital dragnet complies with the Constitution.”

In September 2021, a divided panel of the U.S. Court of Appeals for the Fourth Circuit held that even though the Wikimedia Foundation provided public evidence that its communications with Wikipedia users around the world are subject to Upstream surveillance, the government’s assertion of the “state secrets privilege” required dismissal of the entire case. The privilege allows the government to withhold information in legal proceedings if disclosure of that information would threaten national security. The government claimed it might have sensitive information that would—at least in theory—establish a defense to the lawsuit. Over the dissent of Judge Motz, a majority of the court held that this possibility was enough to end the litigation.

Wikimedia’s petition argues that the Fourth Circuit was wrong to dismiss the lawsuit on the basis of the state secrets privilege and that the court should have, instead, excluded any secret evidence, but allowed the case to proceed.

“For years, the NSA has vacuumed up Americans’ international communications under Upstream surveillance, and to date, not a single challenge to that surveillance has been allowed to go forward,” said Alex Abdo, Litigation Director of the Knight First Amendment Institute at Columbia University. “The Supreme Court should make clear that NSA surveillance is not beyond the reach of our public courts.”

The Wikimedia Foundation, which filed the case alongside eight other plaintiffs, sued the NSA in 2015 to protect the rights of Wikipedia readers, editors, and internet users globally. The Supreme Court may consider the petition as early as October 2022.

For more information about the case:

About the ACLU
For more than 100 years, the ACLU has worked in courts, legislatures, and communities to protect the constitutional rights of all people. With a nationwide network of offices and millions of members and supporters, the ACLU takes on the toughest civil liberties fights in pursuit of liberty and justice for all. https://www.aclu.org

About the Knight First Amendment Institute at Columbia University
The Knight First Amendment Institute defends the freedoms of speech and the press in the digital age through strategic litigation, research, and public education. It promotes a system of free expression that is open and inclusive, that broadens and elevates public discourse, and that fosters creativity, accountability, and effective self-government. www.knightcolumbia.org