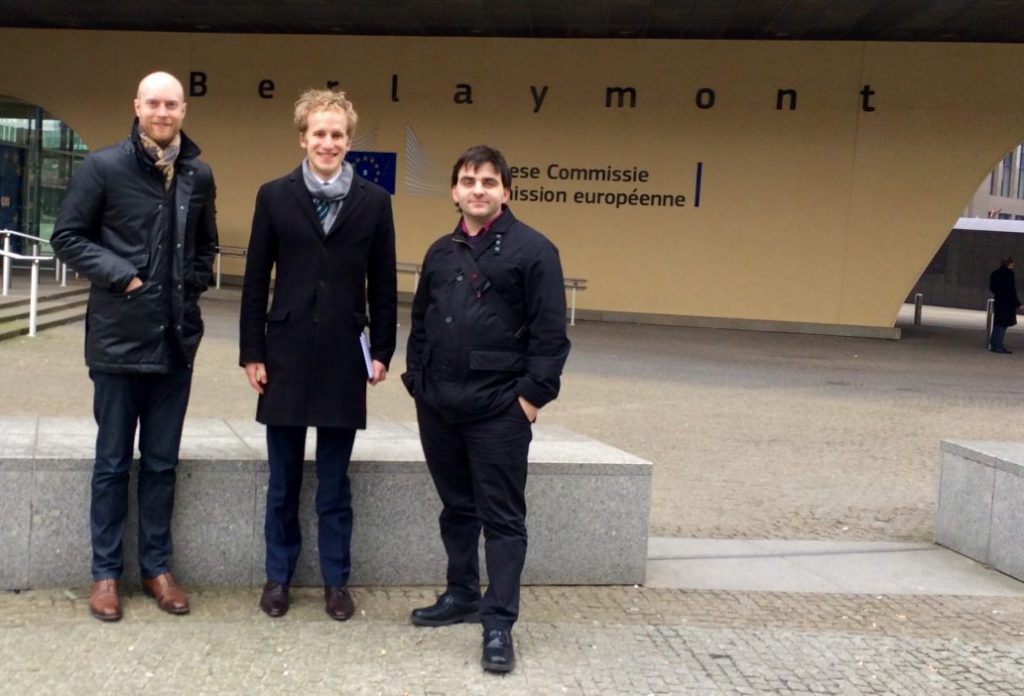 On February 19, the European Commission held a “high-level roundtable meeting” on copyright reform in Brussels, Belgium. The hearing was presided by Commissioner Günther Oettinger and aimed at determining “how to facilitate access to knowledge and heritage through libraries, education and cultural heritage institutions, while at the same time making sure that copyright remains a driver for creativity and investment”. Wikipedian Lukas Mezger (User:Gnom) was invited to participate, representing the European Wikimedia chapters.

Copyright in Europe is largely shaped by European Union law. In 2014, the European Commission started a legislative effort to tackle 21st century problems in copyright law. This is why the EU Wikimedia Chapters have joined together to coordinate their political work, creating the Free Knowledge Advocacy Group EU. The group aims to achieve three common goals that lie at the heart of the Wikimedia movement: Freedom of panorama, public domain for public works, and free use of orphan works. Earlier, this blog discussed the European Parliament’s report regarding the planned reform.

For the hearing on February 19, we decided to present two key points to the Commissioner and his team. First, the European Wikimedia chapters support the idea of further harmonizing copyright law in Europe (as opposed to the so-called content industry, which sees the existing fragmented national rules as a competitive advantage). Second, we demand the creation of a mandatory freedom of panorama rule in the entire EU (this has so far been left to the member states to decide). (Freedom of panorama permits taking photos or videos of buildings in public places.)

Due to fragmented freedom of panorama rules in Europe, this is how the European Commission building in Brussels has to be displayed on Wikipedia. Photo by Stephane Mignon, CC BY 2.0.

Since the hearing focused on the interests of the civil society, participants represented various interest groups. Representatives from Europeana, the library associations EBLIDA and LIBER, the Association of European Film Archives, the European Consumer Organisation, and the European Writers’ Council shared ideas that are close to those of the Wikimedia movement. As a community comprised of creators such as authors, programmers, and photographers on the one hand, as well as users such as researchers and ordinary readers on the other, we have a special perspective on the copyright reform debate.

The hearing was an exciting event for the European Wikimedia chapters. We were able to present our key positions at the highest political level. Wikimedia being invited to the hearing shows that our movement is recognized as a partner for civil society dialog on the European Union’s political stage. The Free Knowledge Advocacy Group EU will make good use of this connection to push for a harmonization of freedom of panorama and public domain government works so we can better share the world’s knowledge and cultural heritage. We will continue to get involved during the creation of the European Commission’s draft bill, which is expected in the fall of this year.

Lukas Mezger, Deputy chair of the Supervisory board, Wikimedia Deutschland

Note: An earlier, German-language version of this draft with more photos can be found here.