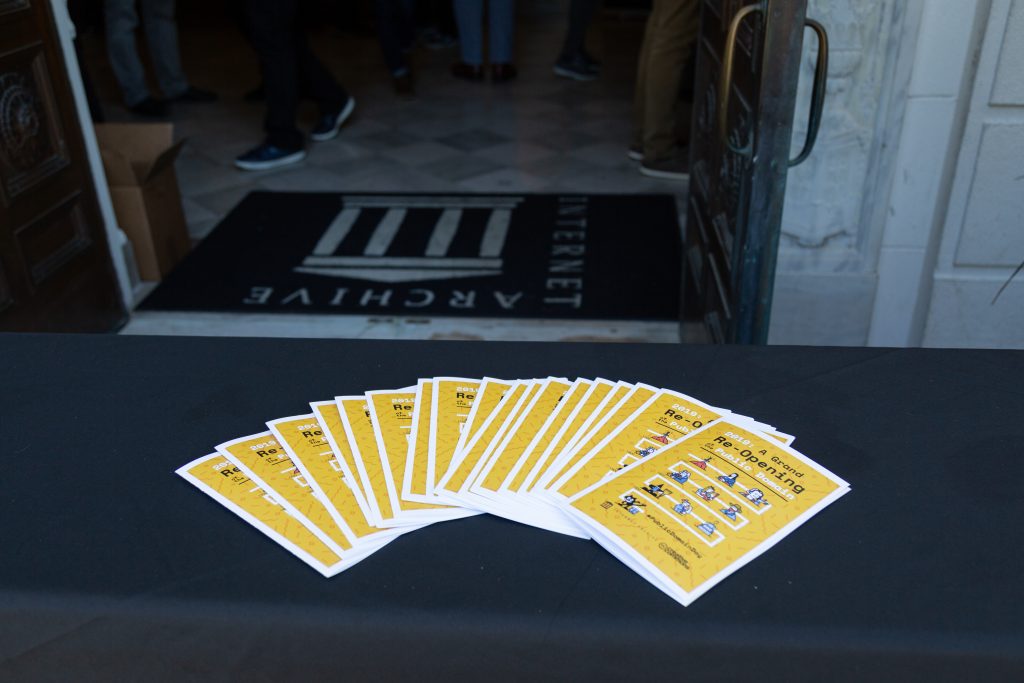 The black-and-white film flickers as a wealthy young woman, sitting on a bench in a garden, bats her eyes at the gardener’s son she is not allowed to marry. In her self-portrait, an artist wears masculine clothes against a bleak urban backdrop, dark eyes meeting the viewer’s gaze from the shadow of a broad-brimmed riding hat. An anarchist writes to a German physician, “I have been familiar with your great work on sex psychology for a number of years. I have admired the brave struggle you have made for the rights of people who can not find sex expression in what is commonly called the ‘normal way.’ ”

These cultural artifacts—B.P. Schulberg’s Maytime, Romaine Brooks’ self-portrait, and Emma Goldman’s letter, among many others—have one important thing in common: until this January, they were locked behind the iron bars of restrictive copyrights. 2019 marked the expiration of the Sonny Bono Copyright Term Extension Act, which kept media made in 1923 from entering the public domain in the United States until now.

On 25 January, revelers celebrated this year’s windfall for the commons at the San Francisco headquarters of the Internet Archive (the nonprofit digital library hosting millions of free books, music, and other resources). The Wikimedia Foundation joined in, hosting a booth called “How Well Do You Know the Public Domain?” The celebratory event, titled “The Grand Re-Opening of the Public Domain,” featured 1920s-themed musical performances, food, and even attire. 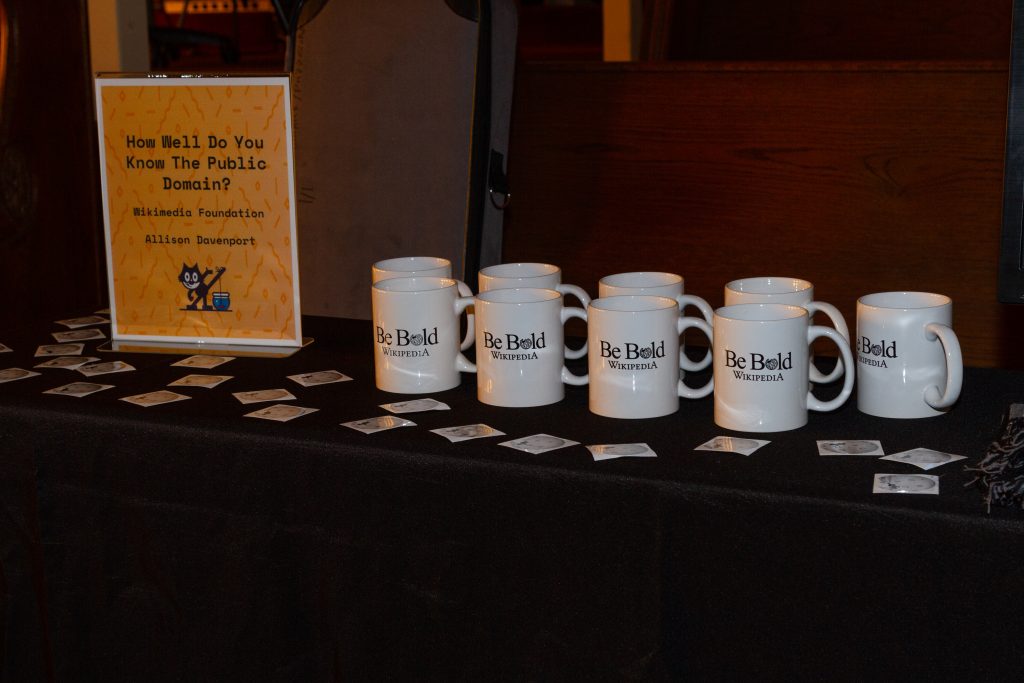 The Wikimedia Foundation's booth: “How well do you know the public domain?” Photo by Joey Vangsness/Creative Commons, CC BY 2.0.

In our content-saturated times, it might seem odd to be so excited about more free media. But the speakers at “Grand Re-Opening” pointed out that this is about more than all the movies, books, paintings, and other cultural artifacts that are now publicly available. Duke University law professor James Boyle, co-founder of the Center for the Study of the Public Domain, argued that Congress’s decision to extend the term of copyright “was a sweeping restriction of speech”—speech like all the creative work that could have existed if only work from 1923 had come into the public domain earlier. “Take it from Disney,” said Jennifer Jenkins, director of the Center of the Study of the Public Domain. “They’ve made one or two movies inspired by work in the public domain.” (The Three Musketeers, Mulan, and A Christmas Carol, to name a few.)

We may never know what television adaptations, remixes, collages, or other forms of art reliant on borrowed elements could have been. Waiting for copyrights to expire is a race against the inevitable degradation wrought by time—and usually, it’s a race we lose. Duke lecturer Michael Wolfe stated in his talk that around 70% of material from 1923 is lost because of once-common practices like destroying unprofitable media to eschew storage costs, re-recording over old tapes, and plain old rot. 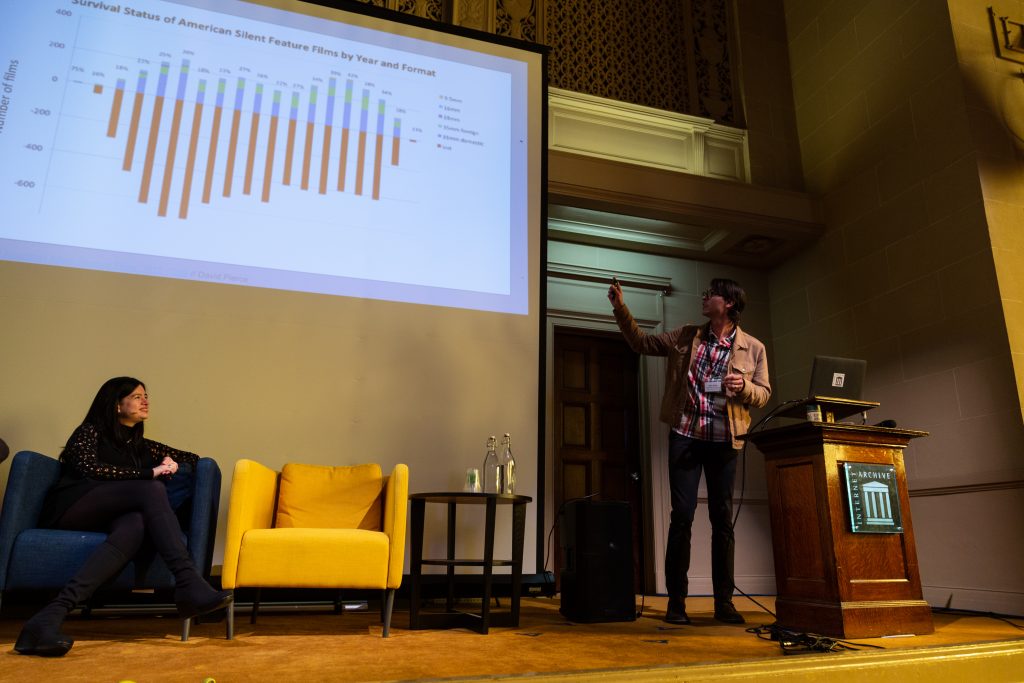 Luckily, there are people and organizations advocating every day for the public domain. Harvard professor Lawrence Lessig discussed political challenges and said, “We must fight, and fight, and fight again, because we are on the right side of history,” closing his speech to a standing ovation. Creative Commons CEO Ryan Merkley asked the audience to shift focus from individual achievement to collective power—like the kind of power that continues to build Wikipedia. 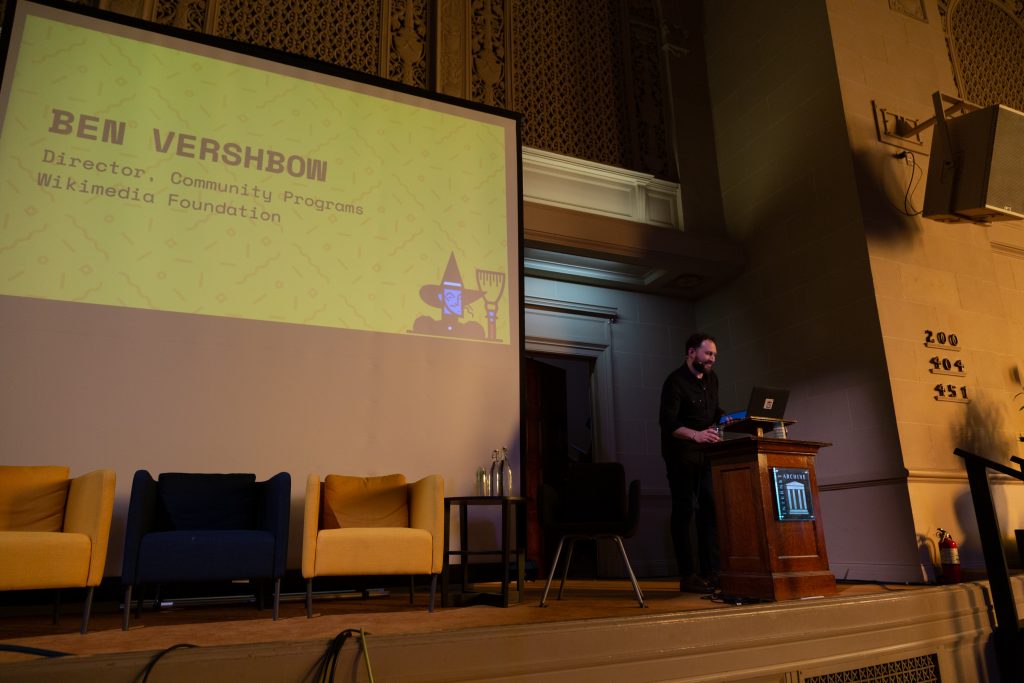 Ben Vershbow, director of community programs at the Wikimedia Foundation, spoke onstage about the importance of the public domain and how it is defined around the world. “There is no singular, global, wholly seamless public domain,” he said. “There are many jurisdictional definitions, making a universal claim risky. I’m now grappling with how public domain functions in the international community of Wikimedia.” Local Wikimedia communities need a more straightforward process to determine if materials are available in their country’s public domain as well as globally, Vershbow said. “What should be the most frictionless part of our digital culture can sometimes be the most confusing to engage. We need to ask ourselves: what shared set of tools we need to build collectively to advance the public domain?”

You probably won’t see the grand re-opening of the public domain in cable news headlines or Instagram influencers’ stories. Some might view these resources newly available to the public as dusty artifacts, only interesting to professional archivists. But that’s an old way of looking at cultural knowledge, as dead on arrival: as if media stops generating, inspiring, and evolving the moment it hits a screen, canvas, or page. In truth, our past informs our present and our future; the works of decades past have the capacity to surprise and delight us. Just consider Paul Soulellis, a Rhode Island artist and educator who set up shop in the weeks leading up to the Grand Re-Opening as the Internet Archive’s Artist-in-Residence. Soulellis writes on the Internet Archive blog, “It’s crucial that we carefully examine our archives and search for lost voices, stories of failure, non-linear trajectories, and other non-conventional perspectives.” To that end, he compiled historical LGBTQ content from the public domain for the project QUEER.ARCHIVE.WORK/2, pulling together poems, stories, artwork, and letters to create a vivid illustration of queer life and love that resonates with modern viewers. Projects like these, and all the lively speeches and demos at the Internet Archive’s celebration, show that the wealth of media entering the public domain isn’t just an invitation to consume. It’s an invitation to create.

There’s a treasure trove of knowledge, lived experience, and art from over nine decades ago at your fingertips. What will you make?

This blog post has been edited to clarify that 1923-published media entered the public domain in the United States. Copyright laws around the world vary widely; see Wikimedia Commons’ copyright rules by territory for a mostly comprehensive overview.