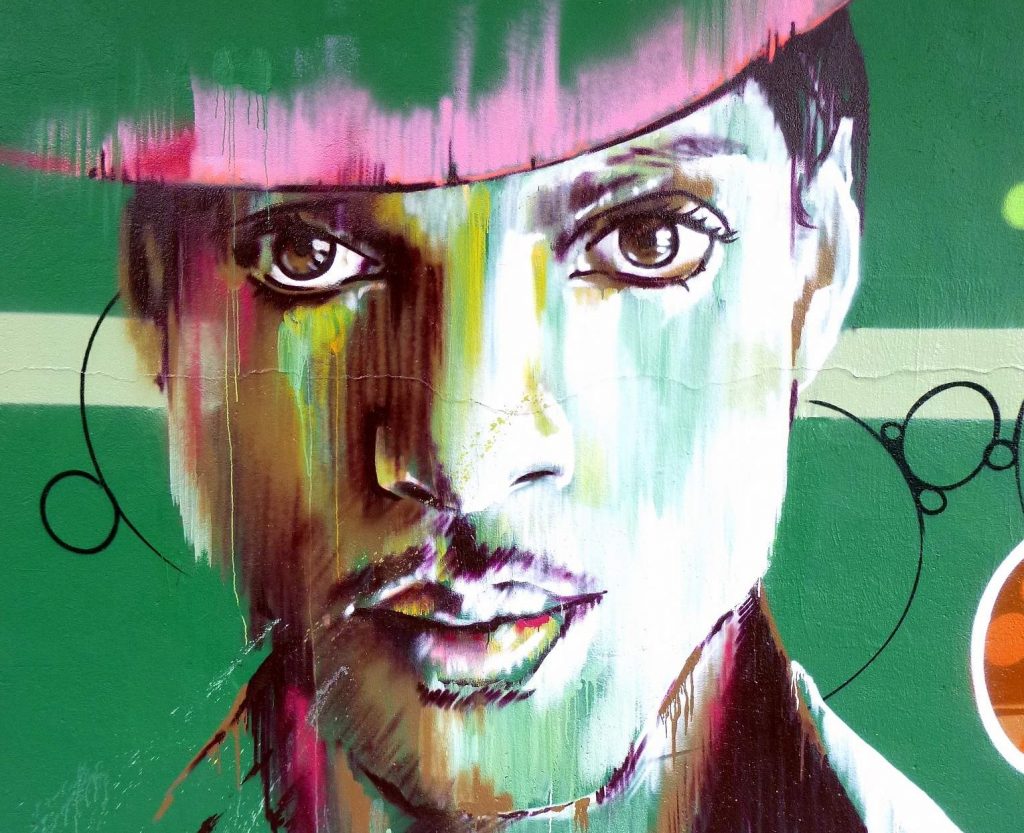 The death of Prince—a musician, producer, and artist of rare talent and influence—stunned the world. Tributes poured in from all over the world, including from noted Prince fan Barack Obama, who wrote that “Few artists have influenced the sound and trajectory of popular music more distinctly, or touched quite so many people with their talent. As one of the most gifted and prolific musicians of our time, Prince did it all. Funk. R&B. Rock and roll. He was a virtuoso instrumentalist, a brilliant bandleader, and an electrifying performer.”

Even his English-language Wikipedia article, which tracks to what reliable sources say about him, has high praise: “Prince was renowned as an innovator, and widely known for his eclectic work, flamboyant stage presence, and vocal range.” The article on “purple” notes his love for the color. Prince was one of the best-selling artists of all time and was known for—among many other things—his name change to an unpronounceable symbol, and playing to over a hundred million people at Super Bowl XLI while rain poured down around him.

In the wake of his passing, many people shared their Prince stories online, such as one man who took to Twitter to share his experience of a show he attended with a date: “Bodyguard approached girl, ‘Want to meet Prince?’ Never saw girl again. Fin.” Others shared examples of his music, whether it was perennial favorite “Purple Rain” or his acclaimed cover of “Creep” at Coachella in 2008.

Such was Prince’s influence and presence that even celebrities lost their cool when he came on stage; one musician said earlier this year that “Jay-Z, Rihanna, everybody ran to the stage” when Prince came on stage at a Saturday Night Live fortieth anniversary after-party. American late-night television host Seth Meyers, speaking about the same gathering, declared that “In a room full of the coolest people on earth, Prince is still the coolest person on earth.”

One Wikipedia editor, when we asked what Prince meant to them, pointed to Prince’s performance of “While My Guitar Gently Weeps” at his own Hall of Fame induction ceremony and simply wrote, “he knew how to play a guitar.”

Millions of people took to Wikipedia to confirm the news of Prince’s death and, for the uninitiated, to learn more about him. In the 24 hours since his death, people have viewed Prince’s English-language Wikipedia article 10,145,136 times. In the first full hour alone after reports of his death were published, starting at 16:49 UTC, we recorded 1.84 million page views. To put that figure in context, that is approximately 510 views per second. At its peak minute (17:18 UTC), Prince’s article was viewed 48,572 times, or 810 views per second. Such numbers are not unheard of after celebrity deaths; when Whitney Houston passed away in 2013, her article received 425 hits per second during a single hour. Researcher Andrew G. West wrote there that “Generally, prominent deaths dominate the top-100 traffic events and beyond” on Wikipedia.

The numbers show that Prince will, perhaps fittingly, join another similarly beloved entertainer who passed away this year. After David Bowie‘s death in January, his Wikipedia article was the first since January 2013 to hit a weekly view count with eight figures (according to the Signpost‘s Traffic report).

Globally, people viewed Prince’s Wikipedia articles, available in over 50 languages, about 14 million times in the 24 hours after his death. You can examine similar data divided by day over at Wikimedia Labs.

In addition to the high traffic levels, so many people were trying to update the English-language article that the rate of edit conflicts, an error received when another edit is saved while another is being made, spiked at fifteen per minute. That’s around five times the normal figure.

Between the views and edit rate, the article on Prince was accessed so frequently that some readers encountered a rare error indicating the page had failed to load because “too many users are trying to view this page.”

This was PoolCounter, an extension designed to protect the Wikimedia servers against massive spikes in views like this. It was put into place following Michael Jackson’s death in 2009, which resulted in an “unprecedented” 5.9 million views in just 24 hours—and one million of those came in a single hour, making it possibly the “most [views] in a one-hour period of any article in Wikipedia history” until that point. This traffic caused an unprecedented CPU load spike impacting all of the Wikimedia sites.

Ori Livneh, Principal Software Engineer on the Wikimedia Foundation’s Performance team, likened the rush of readers to a library of manuscripts. “When you return the book, it gets placed on a shelf behind the counter, where it will stay for a week,” he said. “If no one requests the book for a full week, it will be moved back to the vault.”

Rather than fetch this “book” from the vault each time, PoolCounter ensures it is instead fetched from the “shelf”—a temporary holding place. The extension prevents needless wastes of energy clogging up the entirety of Wikipedia for everyone else.

“Only one server is actually occupied with rendering the page. The other servers see that the page is already being rendered, so if anyone else asks for the page they will simply tell him or her to wait,” Livneh told us. “PoolCounter provides a means for individual servers to coordinate work with one another, which helps us make sure that the all content remains accessible and editable, not just the article that is experiencing a spike of public interest.”

“Without PoolCounter, all of Wikimedia’s MediaWiki servers would have been tied up with the work of displaying and processing the Prince article,” he explains. “It would have been impossible to view or edit the majority of all other content on Wikimedia.”

Prince’s influence and legacy will be widely reflected upon and discussed in the weeks following his death. Wikipedians, making nearly 600 edits in the past day, have worked to make sure a historical, encyclopedic account is available to provide insight into the life and work of a supremely talented individual.

Special thanks go to Tilman Bayer for collating the pageview data; Joe Sutherland for helping with all areas of this post, including the conclusion; Andrew Sherman for the graph and assistance with statistics; and Samantha Lien.