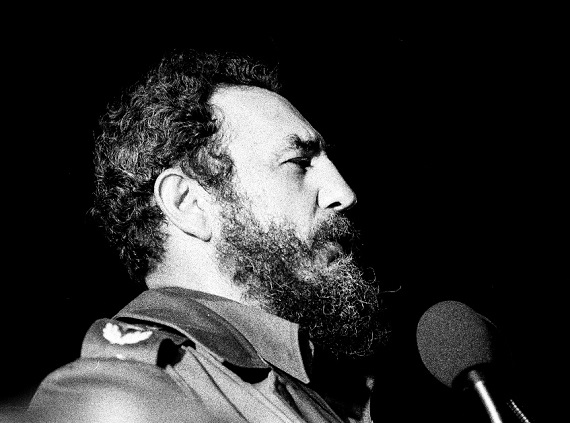 Fidel Castro was the leader of Cuba for nearly fifty years. In that time, he lived through eleven US presidents and stayed in power for longer than nearly all of his contemporaries.

Although Castro gave up formal power in 2006, he still commanded much attention. Over the last year, 3.1 million pageviews have been recorded on Castro’s Wikipedia article, and over four million more have come in the days since his death.

One of the principal editors behind Castro’s Wikipedia article is Midnightblueowl, who has also written about the early life of Fidel Castro and his role in the Cuban Revolution in addition to other notable political luminaries like Muammar Gaddafi, Vladimir Lenin, Nelson Mandela, and Karl Marx.

“I have long had an interest in political biography, and in particular with the lives and careers of radicals, revolutionaries, and extremists, whatever their ideological standpoint,” they told us. “There is something about people who want radical change, and who succeed in bringing it about, which intrigues me.” This interest is time-consuming, to say the least. Anyone adding material to Wikipedia needs to support that information with a citation—not unlike what you would find in an academic paper—if its verifiability is not assured. In turn, these citations must refer to reliable sources: third-party sources known for corroborating and confirming the stories they publish. The use of sources without such a reputation is heavily discouraged, and original research of any kind is barred.

This means that rewriting the articles about globally known figures like Castro or Marx figures requires negotiating a series of hurdles: Looking more broadly at the impact of Castro’s life on the world we all live in today, he is certainly viewed through many different lenses, depending on your worldview. The Wikipedia article about Castro notes that he is “controversial”: he has recieved much acclaim for being what supporters would call “a champion of socialism,” but opponents might call him “dictator” who “oversaw human-rights abuses … and the impoverishment of the country’s economy.”

Midnightblueowl suspects that Castro’s significance in world history will lay in the symbolism he cultivated before his death. “At the end of the day,” Midnightblueowl says, “he was the political leader of a largely impoverished Caribbean island, not of a major global superpower.” They continued:

That symbolism is visible in the extensive imagery on Castro held by Wikimedia Commons, a freely licensed collection of images used in Wikimedia projects around the globe. Here’s a selection of them. Photo via the office of the President of Mexico, CC BY-SA 3.0.