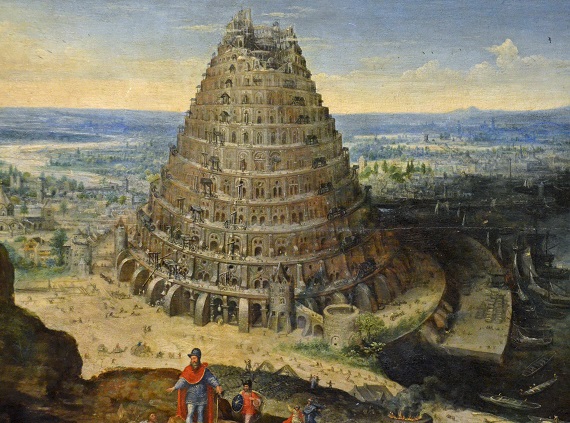 Painting by Lucas van Valckenborch via the Louvre, public domain/CC0.

What’s in a name? That which we call a rose,
In any other tongue would smell as sweet.

The Wikimedia movement—Wikipedia, its sister projects, and everyone who helps out in one way or another—could be described as a network of hundreds of wikis in more than 200 languages. The wikis make the most of their decisions by trying to reach a local consensus. Not all Wikimedians are necessarily interested in the movement as a whole; they might focus writing an encyclopedia, a dictionary, or a travel guide. They’re content without venturing outside the wiki or wikis where they normally edit. One leg does not know what the others do, said the centipede.

That’s excellent. The core of our work is making sure the Wikipedias and Wiktionaries and Wikisources are as good as we can make them. But some decisions are movement-wide, as when we’re voting new members to the Board of Trustees, a group that makes strategic decisions and oversees the budget for the Wikimedia Foundation. Technical decisions often have to be made for all wikis, because too many exceptions would fracture the system and make further development of the tools we use when we edit very difficult.

At the very least, we need to work to be open for participation for those who want to participate.

The Wikimedia movement is not a republic. It’s not like each wiki sends its representatives. Nor are the initiatives are discussed on the local wikis, each wiki then informing the other about which conclusion it has come to. Instead we discuss on places like Meta, the global community site for the Wikimedia projects, and any Wikimedian who wants to is welcome to take part.

But there are several obstacles on the way. Even when everyone speaks the same language there’s getting the information to the right place. There are the central discussion forums on each wiki—the village pumps, or water coolers, or scriptoriums. But not everyone reads them. They’re editors, busy editing. And even when people read them, do we want to bury the discussion forums in a constant barrage of updates and news and requests for feedback? On a smaller wiki with fewer participants, untranslated updates from the Wikimedia Foundation might completely dominate the page. You could put a banner on the top of the site, but there’s always something new happening and we can only pay so much attention, so we save that for the most important things. We write newsletters, but we can’t force them on everyone. They have to sign up for them. So we try to reach out with enough information without being annoying, which of course results in not giving enough information to some and annoying others.

For any piece of information that could be relevant to the Wikimedia editors, we always have ways of making it more likely they’ll see it. But if you send an avalanche of information my way I have two choices: I can stop reading it or I can spend far less time editing.

And everyone doesn’t speak the same language. For all practical purposes, the lingua franca of the Wikimedia movement is English. But sometimes people don’t understand English. Sometimes it requires an extra effort, to the degree where they no longer feel it’s worth it. Sometimes you can understand what you read but can’t write. Sometimes the presence of another language on a wiki where it shouldn’t be takes away the feeling of autonomy, or of the wiki being a project to take seriously—hey, this isn’t even available in our language.

So we translate. But Wikimedians translate the same way as they do most other things: In their spare time, when we have it. When you’re trying to reach out with a piece of news, you put it up for translation and never really know what languages you’ll get. Maybe the person who usually does the Japanese translation was travelling that week. Hey, you got Hindi – that’s nice. It’s the same haphazard way as we’ve built our projects. You get the languages people feel like doing that particular week.

That’s fantastic. More people can take part of the information. But not everyone. As Wikimedia editors, we need to find the balance between working on access to information and editing content on the wikis. If a small wiki only has a few active editors, when does it become worthwhile for one of them to spend their spare time keeping track of what’s happening in the Wikimedia world when it takes time from writing articles or adding words to the dictionary? There’s no perfect solution. But making sure more Wikimedians can access information about what’s happening is usually not a bad one.

Editor’s note: This is part one of a two-part series on translation in the Wikimedia movement. Part two, titled “The one true international language is translation,” was published on 3 March 2017.