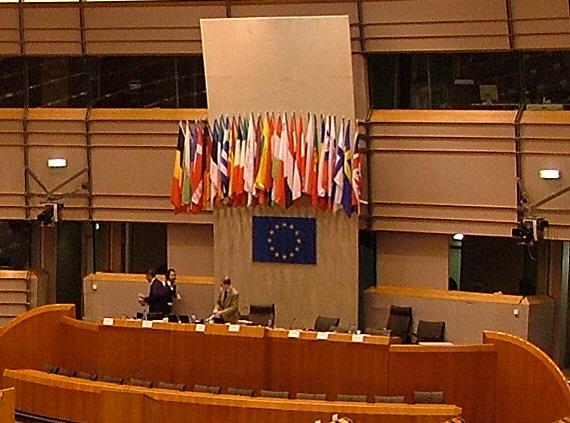 ”Oh, it’s called sheep in the plural, not sheeps, right? Why? Sheeps sounds so much nicer,” my German friend said, describing her holiday in Wales, where they had annoyed their neighbours by loudly playing Yahtzee every evening for a week. It’s a cruel thing to do: leaving them the options of suffering while the dice rattle for hours, or living the rest of their lives knowing they are the kind of person who complains about others playing Yahtzee too enthusiastically. We decided that sheeps had a nicer ring to it. Later, I described how I—well aware that many are averse to such neologisms—had wanted to use ”thankee” to describe a person who had been thanked, using the same pattern as so many other English words, only to realise it already existed in the English language with another meaning.

Languages are tricky. We don’t live in English-speaking countries; no matter how much English we speak at work we’ll never really achieve the same fluency as a native speaker.

But at least we speak it. A lot of people don’t.

But when we edit the wikis, we do it in more than 200 languages. The wikis’ interfaces, all the buttons and information, have to be translated, so that readers and editors can navigate them. Documentation about the tools we use should be available for as many as possible. It needs to be possible for editors to be kept up-to-date, getting news about technical changes that could affect their editing. Information about the Wikimedia movement should be available to as many as possible. English is the lingua franca of the Wikimedia movement because we have no single better alternative, not because it works for everyone. And so we depend on our translators.

And there’s always work for them to do.

Normally, the active editors of each wiki discuss among each other to come to decisions around everything they need to agree on. But we need to decide some things collectively, as a movement. We do that on Meta, the wiki we have to talk about things that relevant for all or a large number of Wikimedia wikis. As much as possible, we want these processes to available for everyone, regardless of what languages they do and don’t speak. That means that editors often translate things as the processes are going on, to make it easier to participate for others. Maybe we send out a short piece of text to wikis, in order to invite more to participate. Then we need that invitation to be in as many languages as we can get in the days between it’s written and send out, so that fewer invitations need to start with “My apologies for writing this in English, please translate this to your local language if you can.”  Once we have come a decision, that’s hopefully going to be relevant for years to come, which means that what was a decision-making process in need of translation morphs into a piece of documentation in need of translation, so that everyone can at least read up on what conclusions we came to and what we will be doing.

On MediaWiki.org we collect information about how our tools work. This is relevant for everyone who edits a Wikimedia wiki, especially if you need to something that is slightly more specialized than just writing a normal article. For example, if you want to know how to translate something with the Translate extension. There’s often a small “Translate this page” link towards the top of the page. Often at least parts of the text is translated into a number of languages; often, fewer translators have had time to finish translating the entire text. And there’s an entire wiki, Translatewiki, aimed at people who want to help open source projects with translations. Here one can help translate the MediaWiki software – the the things you see on the wiki, like all the buttons. The thing that really needs to be translated to make sure someone who doesn’t speak the source language can use the wiki at all.

Of course, there’s a separate tool to help translate articles on Wikipedia, if there’s a well-written and well-sourced Wikipedia article in a language you speak that doesn’t exist in another. But this is a more obvious task: It’s about making the encyclopedia grow. This is at the core of what we do. But perhaps exactly therefore, all the other translations are more difficult to find and it’s less apparent to other editors who does the work – or, indeed, that there’s a lot of work to be done.

If you want to help out, almost all languages are always in need of more translations. Some barely have any. It can sometimes be rather daunting to find your way around where to start. If you go to Wikipedia or any other Wikimedia wiki in your native language and see the link, a good start would be to go to Translatewiki, register to become a translator and choose the MediaWiki project to translate. If you know your way around the Wikimedia wikis and would like to help out with documentation, you can go to MediaWiki.org and see if you can help make sure the help pages for the tools you use the most are available in your language. Both of these require that you have some sort of knowledge about technical vocabulary – translating an interface is far more difficult than most people would think. On the other hand, the Wikimedia wikis have always depended on our volunteer efforts – and there are places where you can ask for help. Many who write newsletters, announcements and other important information are asking for help on the Wikimedia translators mailing list.