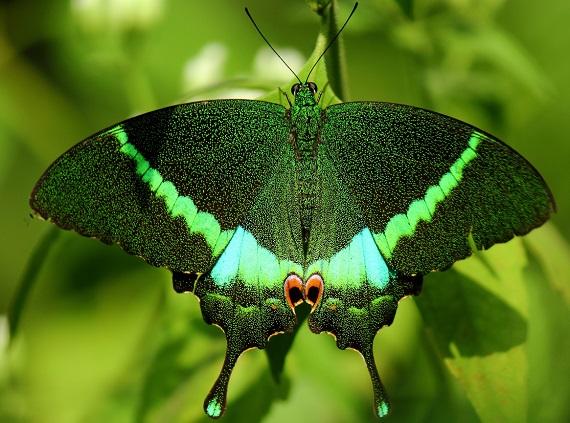 “Butterflies have always enthralled human eyes, thanks to their exquisite and diverse texture and coloration, beauty, seemingly amazing metamorphosis, and carefree flight,” says Ananya Mondal, who goes by Atudu on Wikimedia projects.

Mondal, who by profession is a clinical nutritionist, is certainly not immune to this phenomenon. The large diversity and variety of butterfly species in her home region of West Bengal, India, has fueled such an interest in them that she is now known as the “Butterfly Wikimedian.” Still, her hunger for more knowledge was not met by Wikipedia at the time. She had several questions—like just how many species of butterflies are there in West Bengal, and if there were species yet to be uncovered—that she wanted answers to.

She decided to take matters into her own hands by adding one more question: could there be better documentation of these creatures on Wikimedia sites, particularly on her native Bengali Wikipedia? As it turned out, Mondal was able to answer that for herself. She created Wiki Loves Butterfly, a two-year effort to improve Wikimedia’s coverage of butterflies in West Bengal. Along with her co-leader Sandip Das, Mondal drew up copious amounts of documentation to support the project before it launched in March 2016. This included subject bibliographies, lepidopterists, and prime butterfly spotting locations in the region, in addition to a list of amateur and professional photographers who were active in the subject area.

“Of note,” Mondal says, “I included these people, with widely differing fields and areas of expert, as edit-a-thon and wiki contributors. I then used that to initiate an extensive Wikimedia outreach program.” With these individuals, along with several Wikimedians and students, Mondal went out into the field. “I followed the activities of people involved to get suggestions for best practices,” she says, and accomplished several other tasks:

The Wiki Loves butterfly’s first part ran from March 2016 to June of this year, and saw ten new users, over a hundred new articles, 650 images—nearly half of which are used on Wikimedia projects, and nearly fifty have been noted by the community for their quality. 163 individual species have been captured on film, 30 of which had no photograph on Wikimedia Commons before, and 13 of which had no article on the English Wikipedia.

The second part of the project is running from now until March 2018, and you can join.