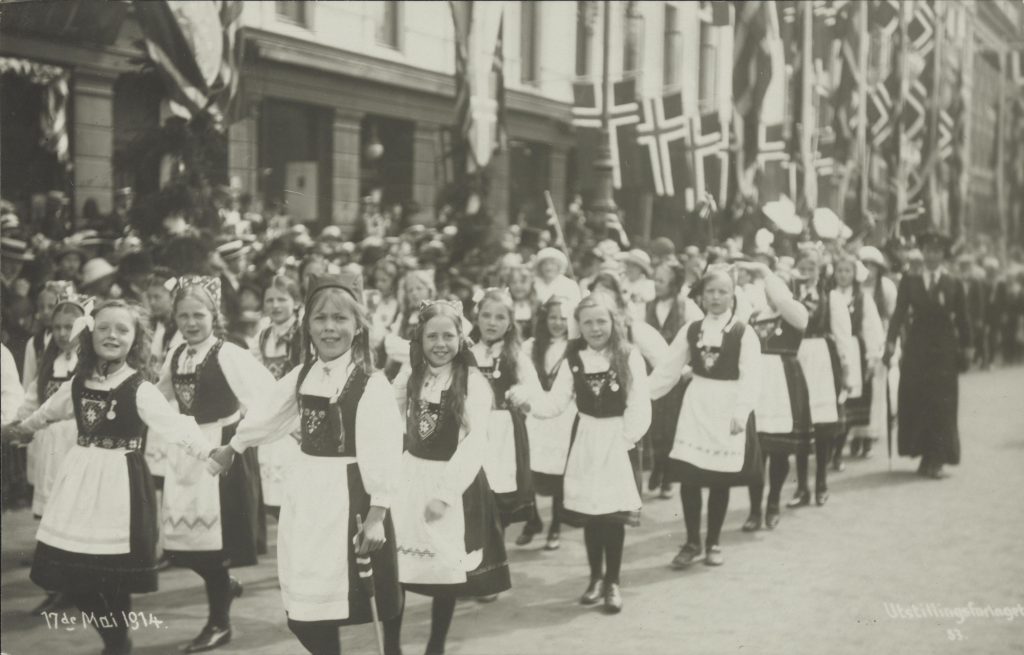 Wikimedians from Austria, Romania, Norway, and the United Kingdom were honored this week for utilizing and amplifying the impact of digitized First World War-era content held in galleries, libraries, archives, and museums across Europe.

The winning countries were four of thirteen who entered a contest organized by Europeana, the European Union’s online platform dedicated to cultural heritage, as part of its First World War/1914–1918 centenary project. The organization has focused on Wikimedia platforms for a number of years, including last year’s art history-focused contest on Wikipedia and Wikidata.

This year’s challenge asked Wikimedia groups and affiliates to put together portfolios of their work related to memories and experiences during the war years, thereby demonstrating how people around the world can understand the conflict through open-access heritage, and emphasizing how the affiliates worked with partner cultural institutions to accomplish the task.

“This challenge,” Europeana GLAMwiki Community Manager Liam Wyatt told us, “is part of Europeana’s long-term strategy to engage the Wikimedia community and integrate Wikimedia content into all our major projects.”

Special mentions were extended to:

Măcreanu Iulian, Coordinator of the Wikimedians of Romania portfolio, said:

We have been working for more than three years at developing a project dedicated to participation of Romania in the First World War. [With this competition] we discovered that Europeana has a huge amount of valuable resources that can be easily used for developing our project and bring it to a new level. We learnt that it is easy and very useful to develop similar projects both on Wikipedia and Europeana, as they are very complementary. Last but not the least, we were “caught” and became enthusiastic by the new type of works discovered on Europeana: telling stories, bringing old photos in light, transcribe old war journals…

As part of the prize, a volunteer representative of the Romanian Wikimedia community will receive a scholarship to the Europeana 2018 conference, held in mid-May in the Netherlands, to present their portfolio to the Europeana Network Association. Coming first in the “most innovative project” category is Wikimedia Austria’s portfolio, which has used Wikiversity to form a partnership with the education sector, and used various media to investigate propaganda. As Beppo Stuhl from the Wikimedia Austria Board of Trustees, explained:

We felt we could provide a new point of view to the anniversary in writing articles in Wikiversity and Wikipedia about the media and other items that have been collected during Europeana’s 1914-1918 campaign. We saw some flyers in 2013 about Europeana’s aim to collect items like letters, postcards or military decorations of the time between 1914-1918. The first results of the collection inspired us to look for partners to work on that basis to get new insights. We found partners in different institutions like museums, libraries and archives as well as the University of Vienna. We will continue the series of courses at the University up to 2018. Recruiting for Kitchener's army.Photo via the Bodleian Library collection.

The prize for the widest diversity of content was awarded to Wikimedia UK’s portfolio, which contained projects relating to many different cultural institutions; pertained to multiple countries (England, Wales, Scotland, India, and Canada); and worked across multiple media forms, including Wikipedia, Commons, and notably also Wikidata. Richard Nevell, Project Coordinator for Wikimedia UK, stated that:

The initiative led to us discussing data donations with the Imperial War Museum, territory which is still quite new for us and could have a big impact on how people access information and give our readers a lot more high-quality content.

Wikimedia UK have been running events around the commemoration of WWI for several years. The competition has been an opportunity to bring those various projects together and showcase the varied work we’ve been doing with our partners. We’re proud of how we’ve been able to work with the likes of Bodleian Libraries and the University of Edinburgh to shine a light on aspects of the war which don’t get as much attention – like the lives of nurses or the creation of ‘Vigilance Committees’ while soldiers were away at the front. In awarding the prize for highest quality produced, the jury also noted that Wikimedia Norway’s portfolio showed direct engagement in Europeana content (especially through the Transcribathon platform), extensive outreach to partners, and hosting of events as a result of this challenge. When learning of this award Astrid Carlsen, Executive Director of Wikimedia Norway, said that the experience of this project has led them towards further cultural partnerships:

Wikimedia Norway has not done any projects on transcribing before we uploaded three letter collections to Europeana and Wikisource. Because we now have some experience on transcribing projects, we are looking into how we can work with GLAMs and our communities on this topic; we are now applying for funding from The Arts Council to do a project to transcribe handwritten descriptions of images from Armenia, from around 1915.