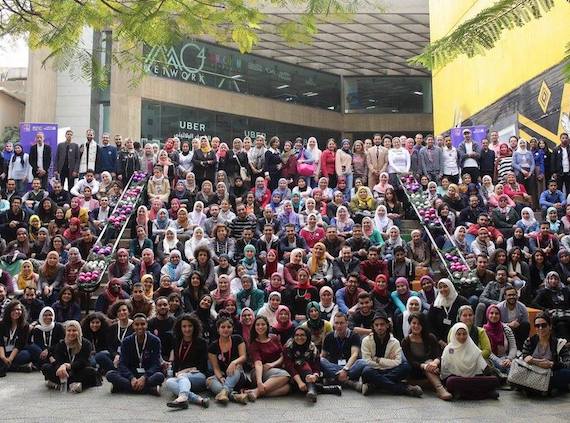 For as long as the pyramids have been standing, the contributions of women to history have been undervalued and underrepresented. But today, there is a movement afoot in the land of the pharaohs—one that aims to bring those stories to the world’s largest encyclopedia.

May Hachem, an editor and community leader on the Arabic Wikipedia, and Emad Karim, a program specialist at the regional office of United Nations Women in the Middle East, created Her Story in 2016. That August, thousands of women gathered in twelve locations around the world—including Cairo and at the United Nations’ headquarters in New York City—to edit women into Wikipedia.

The event was widely praised, but the two leaders weren’t content with just one event. They knew that just one couldn’t make a significant dent in the gender bias present on Wikipedia and in the world at large. But what about an ongoing series? Could it persist and thrive, even when faced with similar challenges as those campaigning for gender equality?

Hachem and Karim have found that the answer is an unequivocal yes. They have hosted six similar Her Story events since August 2016, resulting in nearly 2,000 new biographies of women on Wikipedia. The most recent of these was held in Cairo as part of UN Women’s 16 days of activism against gender violence, with more than 450 in attendance.

Hachem looks at digital knowledge platforms like Wikipedia as tools that can help change conversation about gender in the Middle East.

“Wikipedia is an open source of knowledge,” says Hachem. “It is a [place] for us to educate and highlight this role of knowledge. In Her Story we edit articles about influential female figures, gender-related terms, [and] violence against women and men. I believe that narrowing the gender gap and eliminating … violence against women will never be a [solely] female-sided effort, but men should be engaged. If we want a balanced world, then both genders should invest in this cause.”

Hachem joined Wikipedia in 2013 as a participant in a Wikipedia Education Program class at her school that worked on translating articles from English to the Arabic-language Wikipedia. Her very first contributions reflected her interest in women biographies, and soon she became a campus ambassador who designed her own course centered around women biographies.

“I was [motivated] by the statistics that show under 15% of Wikipedia editors are female,” she remarked. “It is not only about the number of editors that disappointed me, but the consequences. Eventually, most … topics are gender biased. If 85% of the topics on Wikipedia are edited by men, … we have an imbalance of the knowledge produced and presented.”

Later on, Hachem played a vital role in importing initiatives that work on bridging the digital gender gap to her region. “At the time I joined the Wikipedia Education Program, the Wiki Women project was booming globally but not in the Middle East,” Hachem recalls. “I thought it would be great if we [could adopt] the initiative and launch it from Egypt. The project has expanded to a few other countries, like Jordan and Palestine, and this was so inspiring for me. We have a lot of female role models in our community and beyond that history has completely ignored. An encyclopedia [is a living thing], and what we write will [become our] human heritage.”

“We need to realize where we stand from the economic and geographic changes that encounter us … Education does not exist only at schools and universities. Open source platforms like Wikipedia are changing the structure of digital knowledge.” 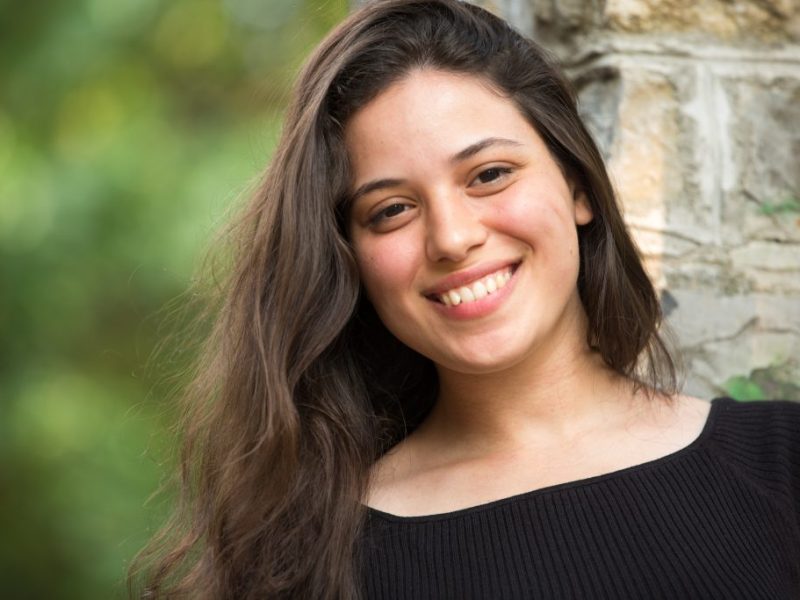 “I will never be quite as proud of something as my writing about women”: May Hachem

Community Education From the archives Profiles

Three years after joining Wikipedia as a student editor, May Hachem has been able to build successful partnerships, mentor hundreds of new editors, and contribute content to Wikipedia.