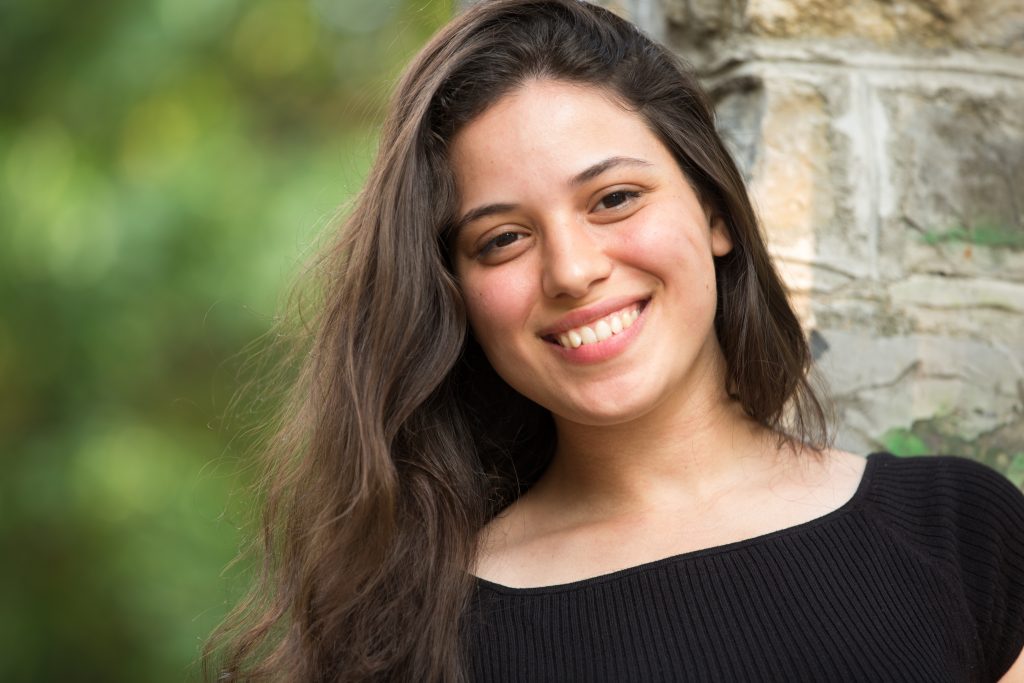 Video by Victor Grigas, CC BY-SA 3.0. You can also view it on Vimeo or Youtube, or without burned-in English subtitles on Commons.

During a workshop for a Wikipedia Education Program course at her Cairo university in spring 2013, May Hachem created her account on Wikipedia and quickly made her first edit, creating an Arabic Wikipedia article about Princess Alice of Battenberg (en).

Before that day, there was no article on the Arabic-language encyclopedia about Alice, the granddaughter of Queen Victoria and mother-in-law of Elizabeth II, the current queen of the United Kingdom. Hachem quickly became hooked on writing about women like Alice. “I felt that women should be remembered in history,” she said. “I will never be quite as proud of something as my writing about women.”

Since then, May has made efforts to document the lives of women on Wikipedia by creating 450 articles and made over 10,000 edits on Wikipedia, many about women—and she has devoted an even larger part of her time to encourage others to do the same.

Although it is uncommon for students to continue editing after completing a Wikipedia-centered education course, the education program was just a starting point in Hachem’s journey advocating for something she believes in. It was “the message behind Wikipedia,” she explains. “Knowledge should be free and everyone has the right to get the knowledge they need.”

Her success and productivity in that course, along with her eagerness to help others, drove her to enroll as a Campus Ambassador, a volunteer role that was designed to mentor fellow student editors.

“I worked with a group of 100 students, including Turkish and English department students,” Hachem recalls, and it was more successful than they realized at the time: “When we worked on the WikiWomen contest, the Turkish department students translated all the articles about women on the Turkish Wikipedia. So when we ran the contest again, we couldn’t find any articles left.”

The WikiWomen contest is a writing competition on the Arabic Wikipedia that started in late 2014. Hachem led the competition which helped the students achieve the highest contributions in the Arab World education program since its inception, during the summer 2014 term. As a program leader, Hachem helped the program get adopted by Alexandria University and Al Azhar University, both located in Egypt.

And national borders have not stopped her. May can be found at many Wikipedia editing events across the Middle East, raising awareness about gender diversity on the internet, and has established successful partnerships between the Wikipedia community and international organizations, including UN Women.

On International Youth Day in 2016, Hachem was one of the organizers of an international edit-a-thon (editing workshop) that took place in different locations around the world, including the United Nations’ headquarters in New York City, American University in Cairo, and several other venues. May also led events during the 16 Days of Activism against Gender-Based Violence campaign to promote the importance of writing about women.

Hachem is looking forward to doing more on Wikipedia, even though her time has diminished since graduating from university. “I think it’s kind of an addiction … really, I can’t define it. I’ve thought about that a lot—what makes me keep doing this?”