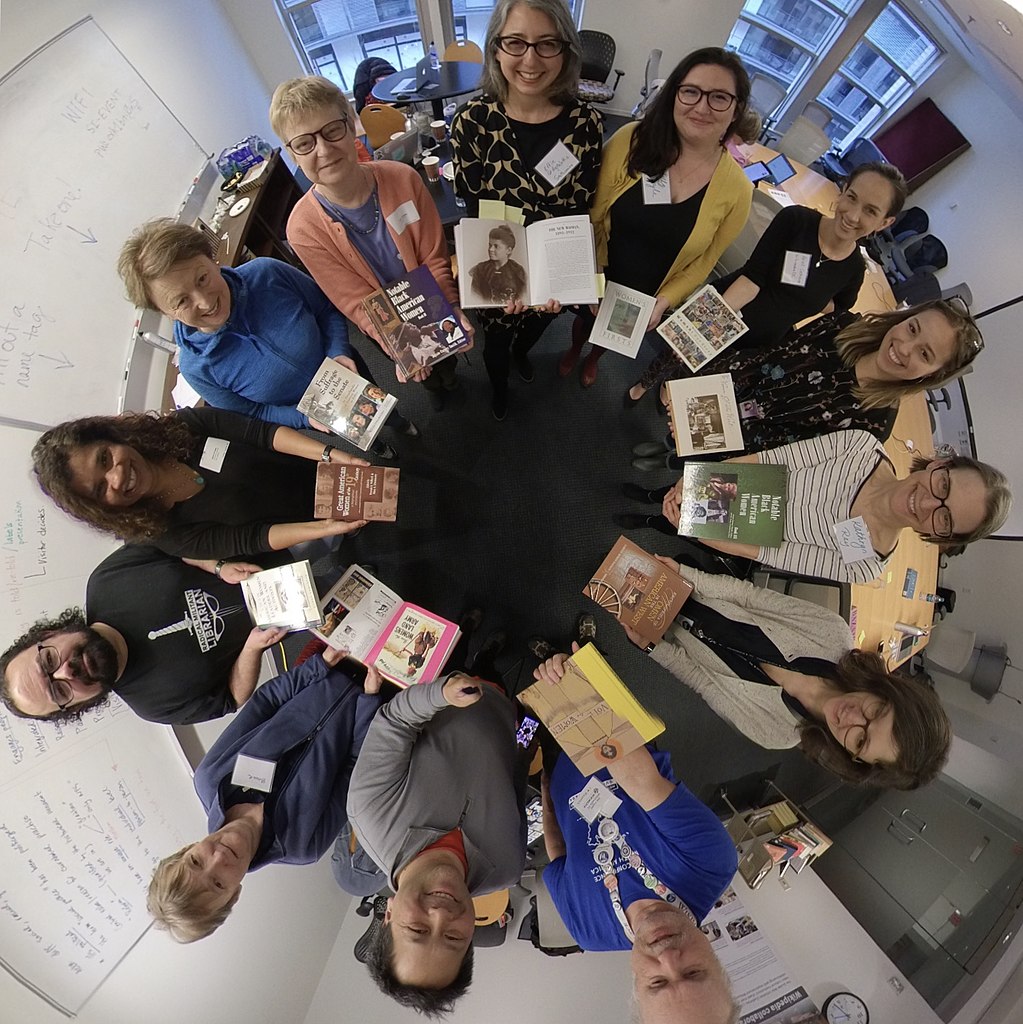 The Smithsonian—one of the leading museums and research centers in the United States—has added over 200 images of women involved in the battle for women’s suffrage in the country to Wikimedia Commons, one of the world’s largest collections of freely licensed media. The donation helps advance the Smithsonian’s strategic plan, which calls for reaching one billion people every year through digital-first initiatives.

The images were drawn from the National Portrait Gallery exhibit Votes for Women: A Portrait of Persistence, an exhibit which highlights the longer struggle for voting access in the United States and the way that women of color were left out of the movement. It runs through January 2020, and their uploading to Wikimedia Commons has allowed many to be featured in relevant Wikipedia articles, garnering hundreds of thousands of views.

For example, these uploads allowed Wikipedia editors present at the first AWHI Wikipedia edit-a-thon—hosted in collaboration with the Votes for Women exhibit, the National Portrait Gallery, and Wikimedia DC—to replace the lead image in the article about Sojourner Truth, the famed African-American abolitionist and women’s rights activist. The new image, sourced from the gallery, was far clearer and historically appropriate. (See the before and after.) Since 5 April, this image has been viewed on Wikipedia over 150,000 times.

The success of this pilot program demonstrates Wikipedia’s potential in the digital programming that will fulfill the Smithsonian’s one billion strategy. It was conducted by the Smithsonian’s American Women’s History Initiative (AWHI) in concert with the Whose Knowledge? VisibleWikiWomen Challenge, whose call to action helped us identify which images we should begin with, and facilitated by myself, the Smithsonian’s Open Knowledge Coordinator, whose position was partially funded by a Wikimedia Foundation grant and is focused on narrowing the Wikimedia movement’s persistent gender gap.

Looking forward, the Smithsonian is creating comprehensive worklists from our collections and curators, which will help uncover notable women and allow us to write them back into history on Wikipedia. As we continue to host Wikipedia-focused events alongside future image releases and exhibit openings, we will use these worklists to update existing Wikipedia articles and create new notable articles from topics within each exhibit through our volunteer and professional networks. Our first topic area will be women in science.

At the Smithsonian, we are excited to develop new partnerships related to our collections and gender representation on Wikimedia. Throughout the grant term, we anticipate that more images and content spanning the diverse history of American women and girls will be added. Our archivists and curators are dedicated to uncovering notable women within the archives who have been lost to history. The Smithsonian remains committed to sharing our digital assets as widely as possible.