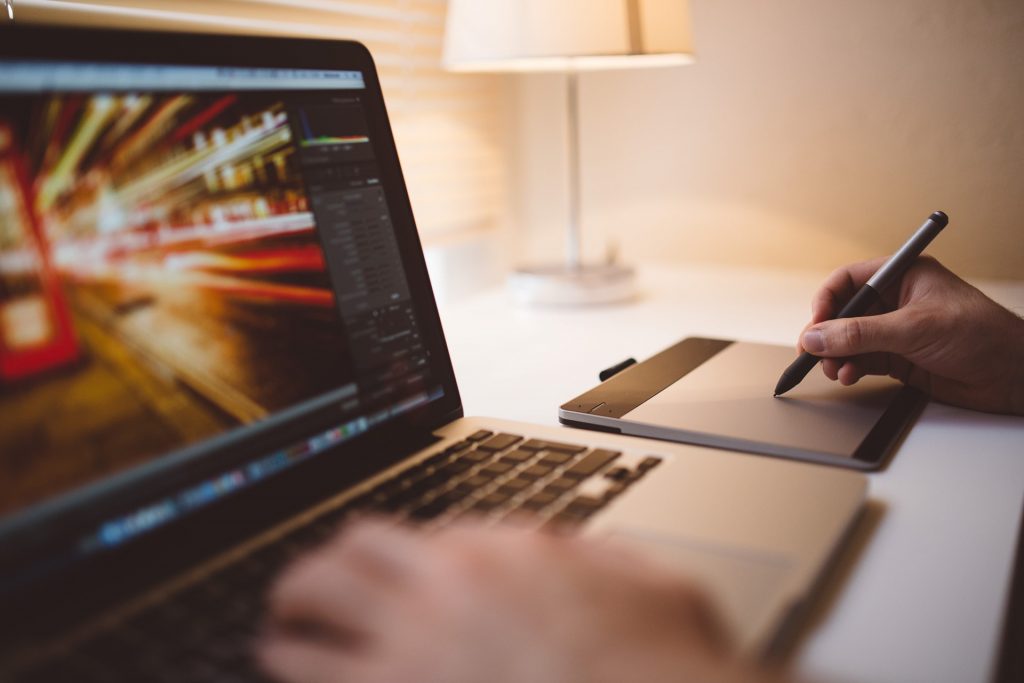 When Design Researcher Abbey Ripstra returned to the U.S. after a research trip to learn more about how people in Nigeria and India were accessing information, her first order of business was to figure out how to apply the research findings her cross-functional team had uncovered.

“The team had to understand large amounts of content together, collaboratively figure out which findings to focus on, create ideas to address those prioritized findings, and then evaluate and prioritize our own ideas to start working on them,” she says. “And we wanted to incorporate many perspectives and expertise, because that would help our team make better decisions, and come up with more systematic and potentially more impactful solutions.”

But Ripstra and her team working on the New Readers contextual inquiry were not all located in the same city, or even the same country.  Because of the need to work quickly and efficiently, they decided to bring together some people in person — and another online. There were challenges with this approach — the colocated teammates found it difficult to look at their computer screens, where their remote teammate was visible, so it was difficult to fully incorporate his thoughts in to the discussion.

When Ripstra and her colleague Grace Gellerman were given the opportunity to run another series of workshops for the New Editors Experiences research project, they decided to iterate and improve the workshops that they had previously designed. We interviewed them about what they learned and how they approached holding workshops that were fully remote-accessible, even for colocated employees.

Why did you decide to hold fully remote-accessible workshops?

Grace: I had facilitated the New Readers workshops where most of the participants were in the conference room in San Francisco and one participated via Google Hangout from India.  In trying to make the meeting as remote-friendly as possible, we lost out on some interactions that could have happened in the room.  During the next set of workshops — for the New Editors Experience — I wanted to level the playing field for all participants so everyone joined remotely.  I’ll admit: the 100 percent remote format led to some challenges for me as a facilitator.  That said, we iterated on what we learned in the first set of workshops.

You are working with a team of 17 people across 12 time zones  from 7 teams across the Wikimedia Foundation. That’s tough to schedule. Could you talk a little bit about how you structured these workshops to make them work across all of these locations?

Abbey: We looked at an international calendar and focused on scheduling times that were the least intrusive for participants. For example, in the Pacific Time Zone — where the majority of participants reside — we asked people to join a bit early – 8 a.m. instead of 9 a.m. In the time zones furthest from the Pacific Time Zone, folks were asked to join slightly after their typical working hours. Some people got up early, and some stayed at work a little later. We all made adjustments to our normal working times to be able to participate.

How did you ask people to prep in advance?

Abbey: We made sure everyone had access to the software we used, along with headphones. We also asked that people place a large monitor besides their laptop so they could see the multiple windows they’d need to have open. People also did some significant homework, so that they’d be able to make decisions and fully participate during the 4-hour-long workshops.

Grace: In my work with teams in how they collaborate, I’ve found that when people meet in a conference room, they tend to look at the other people in the room rather than at the Google Hangout.  Remote participants then start to communicate with each other via the Chat feature.  In the workshops, I wanted to remove the temptation to look at other people in the physical room as well as prevent the Chat from becoming a back channel.  I even kicked a participant out of the physical room when she mistakenly joined me in the conference room where I was facilitating.

When people participate fully in person, they are able to communicate with gesture, knowing when someone is done talking, and when you can start, assuming that everyone can see what you can see, and can hear what you can hear. Once there are only a few people who are remote in a group that is used to being fully in person, it is hard for the remote folks to get all the important information the colocated people are getting.  Observing gesture for remote folks and of remote folks  is limited, timing can be off because of delays or difficult headphones or mics. It is also hard for the in-person folks to fully welcome and communicate with remote folks by everyone (even in the room) individually dialing into the video meeting.

With regular meetings with both in-person and remote participants, there are challenges. Only speaking into the computer is counter intuitive to our natural communication styles in person. And it’s very hard to train ourselves to not look at the person, directly across the table you are addressing, but instead talk into the computer so everyone can hear and see the same amount. It turned out to be a first not very good attempt at leveling the playing field. This was one of the reasons we decided to take on the challenge of being fully remote for these workshops.

Grace, you mention making adaptations to the meeting norms.  What were some of the issues that caused you to make changes?

In the first workshop, a participant who did not have their camera on interrupted Abbey.  I could not anticipate the interruption because without video, participants became disembodied voices.  In the next workshop, I asked participants, bandwidth permitting, to turn their cameras on when speaking to allow for non-verbal communication.

To persuade participants to be more present in the meeting, we asked that they limit using the Chat to raising their hands to get into the queue or to indicate when they had a direct response to something someone else said. The result of this is to bring backchannel conversations to the forefront so everyone can participate.

As participants were speaking, others would say, “+1” in the Chat.  If the speaker spoke for a while, what inspired the +1 was no longer obvious.  So I asked participants to indicate whom the support was for and a high level summary.   For example, “+1 Abbey, for limiting work in process.”

What kind of successes have stemmed from your approach that may not have been achieved with a traditional in-person setup?

The week-long breaks between the five workshops allowed the information to percolate and be processed and perspectives to be shared.  Allowing that much time in an in-person workshop would have been prohibitive.

What were the biggest takeaways that might apply to future efforts to work collaboratively across time zones?

Abbey: Re-focusing back channel conversations into the foreground enables everyone to participate and take in the content.

Doing iterative retros helped us to adapt these processes to work for a greater number of people.