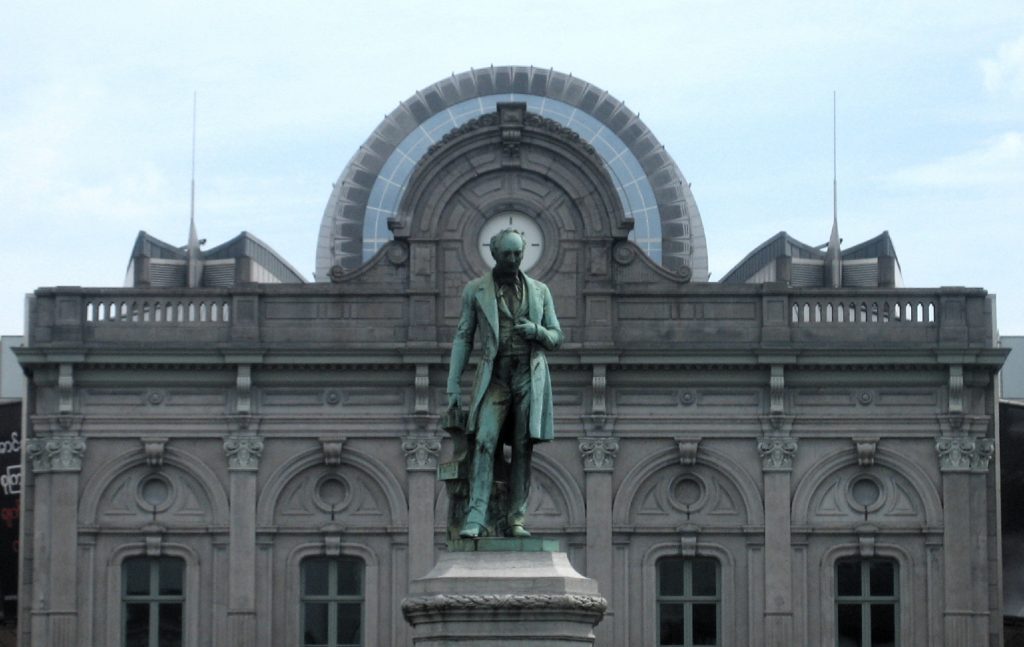 When good laws are enacted at a national level, like in the legislatures of Germany or Estonia, it improves the lives of many—but only those inside those borders.

That’s why Wikimedia Germany is focusing on advocating for better legal frameworks at the European Union level. We’d like to ensure that new digital policies will benefit people in all 28 countries of the union.

To do this, Dimitar ‘Dimi’ Dimitrov and I are now working in Brussels on behalf of all Wikimedia chapters in Europe.

So, what are we focusing on?

The time has come for a Digital Single Market that improves the lives of all Europeans. The European Commission (EC) has been proposing new initiatives to liquidate artificial barriers that still exist online in access to culture, education and information. Even though most physical borders within the EU have disappeared, a variety of digital content is still not fully accessible across countries.

Within a Digital Single Market, a framework to equalize access to such content, this problem should disappear as well.

One lingering issue is that copyright rules vary slightly between individual EU countries, whether it’s online or offline use of text, images, or works of art. One prominent example is how long copyright lasts on a work after its creator passes away. In many EU countries, it’s seventy years after their death. In France, however, there are special provisions for authors who died during the Second World War. This dichotomy means that while works like The Little Prince, written by Antoine de Saint-Exupéry (1900–1944), are in public domain in Germany or Poland for example, they are still copyrighted in France. (The Little Prince will not be available in Saint-Exupéry’s homeland for another thirty years.)

European copyrights are full of such absurdities, a result of the laws being designed for an analogue age. Freedom of panorama is one such example. You are not necessarily free to take and disseminate photographs of newer buildings in some EU countries, as the right has not been universally adopted. Not having this right could have discouraged artists like Johannes Vermeer when he was creating View of Delft.

Making sure users can use their rights

As many in the Wikimedia movement and beyond know, freedom of panorama is one of the points we have strongly advocated for at the EU level. This has to do with the European Commission’s plans to include copyright into the Digital Single Market framework. For more than a year now, we have been discussing the proposal of a new directive that is partially not ambitious enough and partially downright damaging to our community values. For starters, it does not even include an attempt to harmonize Freedom of Panorama across the EU: Although Commission’s “strongly recommends that all Member States implement this exception”, the proposal does not include any provisions to make such an exception mandatory.

The biggest internet filter we’ve ever seen in Europe

Unfortunately, the commission is also considering even more problematic measures that could change the internet forever. The EC wants platforms that host user-generated content to install upload filters that will preemptively block video, photos, text, music, and any type of content that includes copyrighted materials from being uploaded if the user initiating the upload does not own the respective copyrights. Such a law would effectively kill dissemination of memes, or the possibility to upload a vacation video with background music. It is hard to say how an algorithm would know if a user is publishing a parody, quotes an artwork, or acts legitimately under any copyright exceptions.

Moreover, content filtering could be extended to threaten free expression online. There are voices in Brussels that argue that this is a great solution to help with things like taming hate speech or preventing content harmful to children. Yet the algorithms that underpin automated content filtering—algorithms that the European Commission argues for using in tackling illegal content—are blunt, and deciding just what is hate speech and what falls under freedom of expression requires an individual analysis or a court decision.

Making private companies invest in such technologies for these purposes will also make it  much easier to pressure platforms to implement them for other purposes, such as political censorship. Hence, it is very likely that this round of European copyright reform will also decide the future of freedom of expression online. Do we really want private entities to decide what is good for us to read and watch? Do we want them to make those decisions based on an algorithm, which is subject to protection as a trade secret?

Keep copyright out of the classroom

We were hoping that with the ongoing copyright reform, some long-outstanding issues with updating laws in line with reality will be solved. One issue, for example is that the use of copyrighted materials for educational purpose is not universally possible across the EU. The current exception allowing it is not mandatory, so there are countries where a teacher who wants to stream a film during an afternoon movie club at school may have to pay a license fee.

The authors of the reform did not propose to make the existing exception mandatory. Instead, they proposed a new one related to uses of the digital works at educational establishments and in online courses carried out by these institutions. If implemented, it will allow educators to use videos, photos and other online resources only if that particular type of content is not licensed in their country. So this mandatory exception can be effectively overridden through licenses which can differ in each EU Member State.

Nowadays, we know that learning happens both inside and outside of the classroom. Libraries, museums, NGOs, peer-to-peer learning, and informal tutoring are important components of the learning ecosystem. The European Commission’s proposal ignores all of these contexts, favoring a version of education that is tied to the classroom environment. If it comes into force, teachers will be stuck working out whether they are allowed to use online film clips or photos in their classes or not, and they should not be bothered by that.

Getting down to work!

So, what are Dimi and I doing from Brussels on these issues?

Right now, we’ve held meetings with various members of the European Parliament (MEPs) to explain our position. We’ve taken those policy stances based on a Wikimedia chapter consultation held several years ago. (It’s available on Meta-Wiki in several languages.)

Unfortunately, we have not been able to convince any of the Parliament’s committee to strike down content filtering in its entirety.[1] However, the Internal Market and the Civil Liberties Committees did bring forward a compromise. This compromise requires content platforms to conclude licensing agreements with the companies who hold those rights, along with removing infringing uploads upon being notified.

It would be a good solution because in this approach no content recognition is required and there is human oversight over questionable uploads. We now await a vote in the Legal Affairs Committee, which will determine the official position of the European Parliament as it goes into formal trilogue debate. Trilogue is closed-doors negotiations between the EU Parliament, the European Commission, and the Council of the EU.

The Council is now discussing its own position on content filtering that it will bring to the trilogues, and the debate so far has been discouraging—many member states do not oppose content filtering.

At this stage, there is only so much we can do from Brussels to stop delegations of member states from taking bad decisions. This is where we need you—the voice of activists, experts, and citizens based in every country of the EU can make a major difference! The EU’s governmental structures value the voice of its voters. This is the time to speak, to ask questions, and to share concerns.

After all, if we don’t ask the answer will always be “no”.

Anna Mazgal works at Wikimedia Germany (Deutschland) as its EU Policy Advisor, based in Brussels. Previously, she was head of policy at Centrum Cyfrowe, a Polish think-and-do-tank on digital rights in culture and education. She is President of COMMUNIA Association, an international group of advocates for preservation of public domain and users’ rights.

You can read this in the German on Wikimedia Germany’s blog. 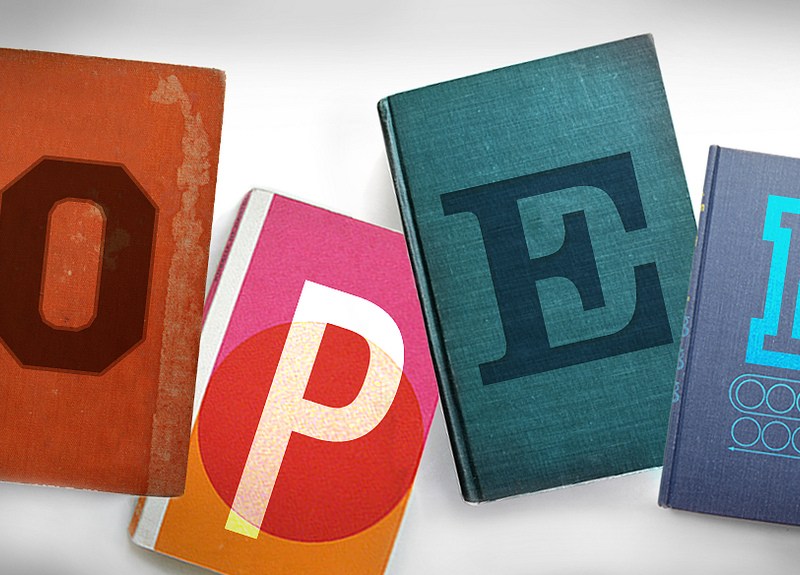 This may come as a surprise, but copyrighted works often cannot be used in educational and research materials. For example:  students in France, Italy, Luxembourg and Romania cannot legally quote an entire artwork in a digital presentation. In Denmark, Finland, Italy, the Netherlands and the United Kingdom a teacher may not send an email to….