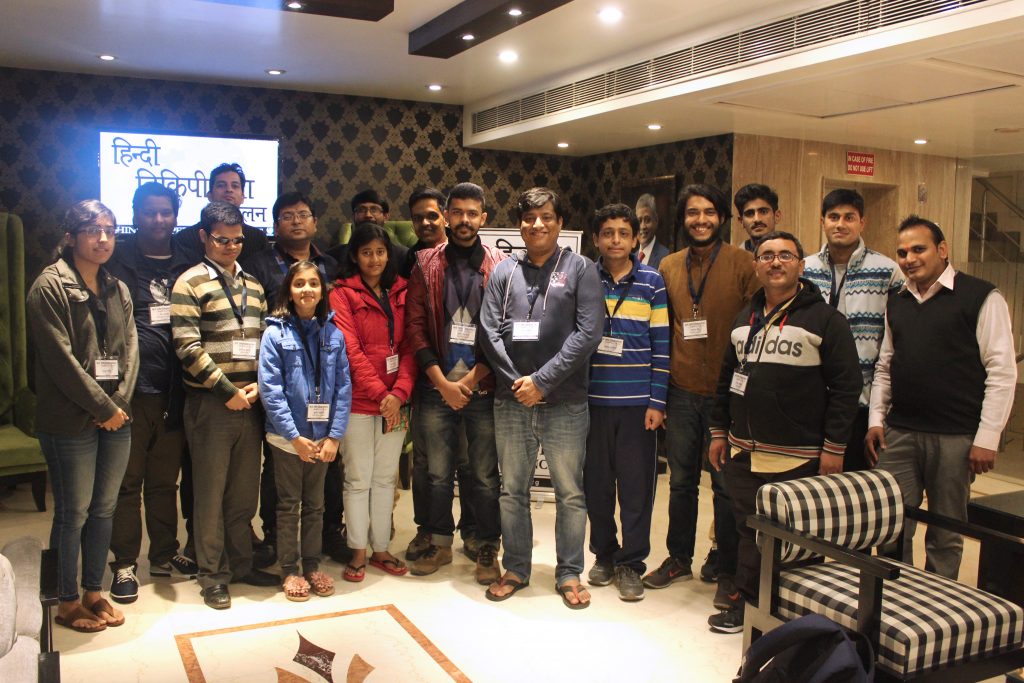 With hundreds of millions of speakers, Hindi is the fourth-most widely spoken language in the world. The vast majority of these are from India, which has the most students in the world and is well on the way to becoming the youngest country in the world. Internet accessibility has skyrocketed in recent years; one recent report estimated that over 500 million people will be connected by June of this year.

Despite these numbers, however, awareness of Wikipedia—both in English or in Hindi—is very low. Just 32% of Hindi internet users in Madhya Pradesh, for example, have heard of Wikipedia.

In an effort to change this, the Wikimedia Foundation has partnered with the Hindi Wikimedia community—the people who volunteer their time to expand and maintain Wikipedia and the other Wikimedia sites in the Hindi languages—to produce a video that promotes the Hindi Wikipedia.

The result was locally produced in India with the help of a local agency that specializes in video production and digital marketing. The video launched on 2 April 2018; you can view it on Wikimedia Commons, YouTube, or below.

The community marketing team included Abhinav Srivastva, Abhishek Suryawanshi, Suyash Dwivedi, Swapnil Karambelkar, Ashish Bhatnagar, Bishakha Datta, Manasa Rao, and Subham Soni. We emailed them to ask about Wikipedia in India and what the future holds for the Hindi Wikipedia.

Video by the Wikimedia Foundation, CC BY-SA 4.0. Due to browser limitations, the video will not play on Microsoft Edge, Internet Explorer, or Safari. Please try Mozilla Firefox instead, or watch it directly on Wikimedia Commons.

Abhishek: Wikipedia awareness is low in terms of brand recognition, as many people get confused with Wikipedia as a part of Google initiative. We need to make sure Wikipedia itself is recognized as a separate brand.

Bishakha: There are Wikipedias in 23 Indian languages that have been painstakingly built, sentence by sentence, citation by citation. But overall we haven’t promoted them enough to the general public, like the 234 million Indian language internet users, as per a new study. We haven’t promoted them enough, using digital and mainstream media channels. Say the way a Bollywood film is promoted. Even if we account for everything else, this is one big reason no one knows about it.

Swapnil: Due to low reach of internet and smartphones in rural areas; moreover, since India is home to 25+ languages and rich content is not available in every language and penetration of English is low.

Bishakha: One of the best things I heard last year is that a Hindi Wikimedians User Group has been formed and recognized. Congratulations! But even as this group was being formed, community members were organizing meetups, outreach, and training events to recruit new editors in north India, where Hindi is largely spoken. An article writing contest was organized around September 14, which is celebrated as Hindi Diwas (Hindi Day) in India. And Hindi Wikipedians have been super-active in brainstorming a new video that is designed to create large-scale awareness of Hindi Wikipedia.

Abhishek: I am working with government authorities to explore collaboration opportunities. We are going to participate in World Hindi Conference. Community is planning to host series of workshops in India as well as abroad. Social media channels are also used.

Soni: There has been a strong effort over the last two years to promote Hindi as a Wikipedia language in India and this ad is only the latest of them. I think there is a lot of potential for future readership of Hindi Wikipedia in India.

Bishakha: The video shows how a Hindi-speaking family in India discovers something unusual via Wikipedia. It’s a sweet video that appeals to our emotions. I think it’s going to get us lots of interest and attention!

Soni: The video is just a small example of your everyday life in India. We see a small family, very similar to a lot of Indian families out there. And we show how Wikipedia has become so important in our everyday life. In this video, we saw the girl find her grandmother’s photo on Wikipedia, which connected the entire family together. And we all have these little stories about how Wikipedia has affected our lives.

Abhinav: The video attempts to portray how Wikipedia when brought in our daily lives  influences our behavior (also emotionally) . The Video is shot taking a very normal nuclear family that can be found all across the country. That is wonderful.

Swapnil:  The video is the first of its kind for India. There is still room for improvement, we are excited to introduce more people to Hindi Wikipedia.

Abhishek: Hindi Wikipedia is growing and it is fourth most spoken language in the world. We need more contributors to make sure Hindi is well represented on the web.

Soni: If you want to learn anything in Hindi, Wikipedia is the best place for you. Not only that, you can help build it yourself in no time at all. You learn a lot and you can easily help others learn. If you are a Hindi reader, you should definitely try the Hindi Wikipedia.

Soni: Next is to increase the awareness of Wikipedia even more. There are a lot of community members working hard to make sure more Indians get to know about how Wikipedia works and how we can contribute to it. We hope this ad helps towards that main goal, where everyone in India knows what Wikipedia is.

Abhishek: Hindi Community is planning to participate in World Hindi Conference organized by Mauritius and Indian government to promote Hindi. .We hope it will help us to get more readers.

Swapnil: We want to show people even more about Wikipedia. Not just how to read it, mind you, but how to add to our collective knowledge on Hindi Wikipedia.