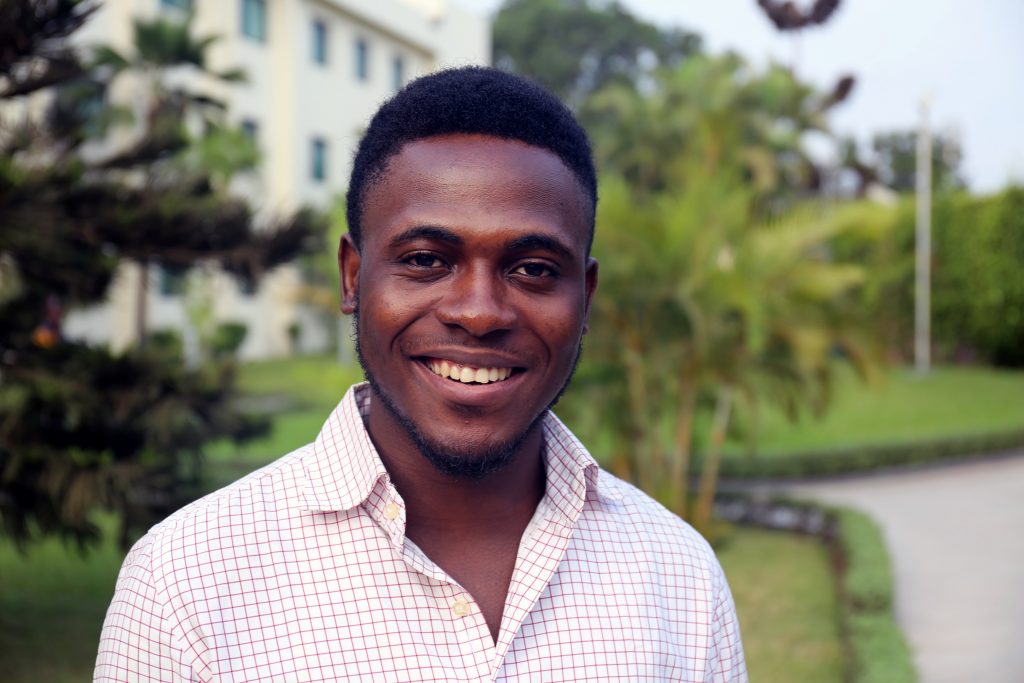 Here’s more about Sam, a Nigerian volunteer who we profiled in February. Tune back over the next few weeks to read the rest of the interviews as they are published.

How are you involved with Wikimedia, and what kind of projects are you working on?

I joined Wikipedia in 2011 and have been contributing to several sectors. I am particularly interested in cinema, real estate, biographies of women, and other sectors.

In 2015, I decided to get involved in the off-wiki movement. I co-founded the Nigerian User Group, an affiliate, with three other people. Since then, we have been involved with outreach projects such as edit-a-thons, workshops, writing contests, and we have been doing awareness projects to teach people how to contribute to Wikipedia. There is low awareness of Wikipedia in Nigeria. People don’t really know that they can edit, so we are trying to get that out. Recently, we have partnered with the Foundation and an advertising agency in Nigeria to create an ad for awareness of Wikipedia in Nigeria. We invited a popular comedian for one video and a popular actor for another one and the video went viral. We have 17 million views to show for our video and that’s exciting. We also had partnerships with Radio and media houses, such as a radio show for Wiki Love Women. It is about African women contributing to Wikimedia projects. So, far we have partnered with about 15 organizations and institutes.

Through Wiki Loves Women, we organized events for them. We were able to secure partnerships with radio stations. The first partnership was with Blackface Radio. We also have a partnership with WFM, a women oriented radio station, in Lagos, we have lot of weekly programs. Due to Wiki Loves Women, we were also able to secure a partnership with GoGe Africa, which is a cultural organization and they decided to release some of their content on free license. One of the other things we are doing for outreach is that we are trying to get hubs and clubs in other parts of Nigeria. We have institutes in Abuja, Ibadan, Ilorin. And of course the user group we had is based in Lagos. These are some of the things our user group has been doing.

How do you see your individual role in the Wikimedia movement over the next five years?

In the next five years, I’ll just continue my outreach works. My aim has always been to fix content gaps on Wikimedia projects. I’ll continue to run several projects in the bid to fix that problem.

How was your experience of the conference ?

The conference was really great. I have been meeting a lot of people and learning a lot, especially in the Partnerships and Strategy Tracks. I have been meeting people, we have been getting people on board with the projects, and we have been getting a lot of people that are interested in listening to what I am doing and want to be part of it. It has been a lot to take in because there are sessions everywhere, and I want to attend so many of them; it has been difficult to choose which sessions to attend and it has been exhausting. We have been up from 8 o’clock in the morning to 7 o’clock in the evening and after 7, you stay chatting with people late in the night, so it’s been bit tiring. Overall, it [was] exciting to be in Berlin. It is a beautiful city and it is nice.

How will this conference shape what you want to achieve for your user group?

This interview has been lighted edited for clarity.