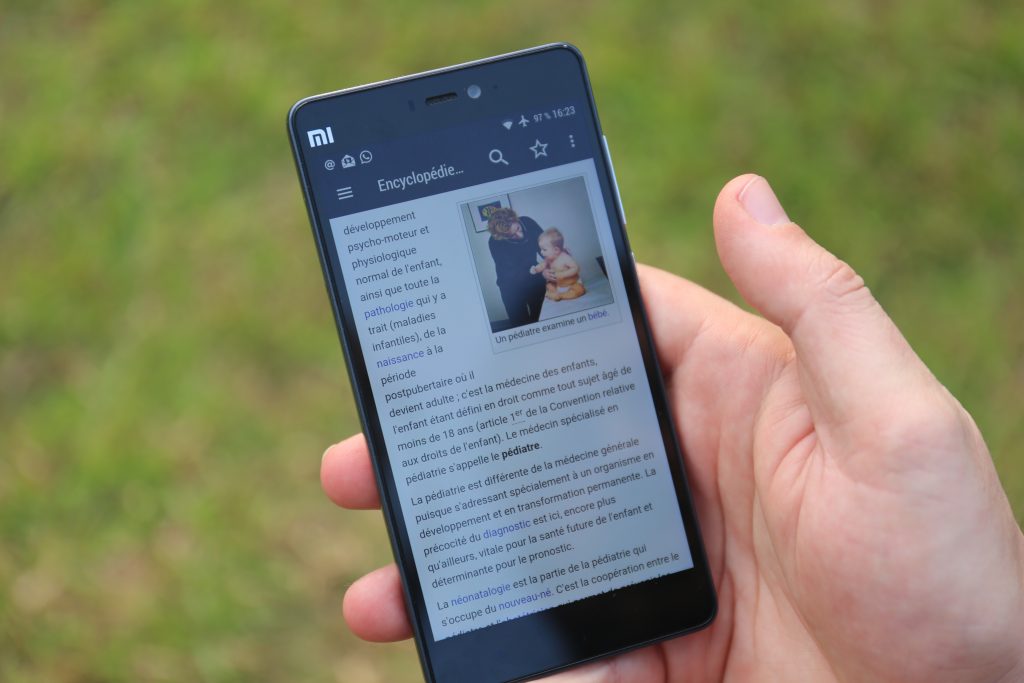 As part of our 2030 vision, the Wikimedia Foundation is working to expand partnerships with organisations like the GSMA to empower communities through digital skills training and participation in knowledge creation and sharing.

About half of the world does not use the internet. That’s 3.9 billion people who are unable to share in the sum of all knowledge.

While there are many causes of this, one of the key barriers to internet adoption around the world is a lack of digital literacy. That’s why the Wikimedia Foundation is partnering with the GSMA to place Wikipedia as one of five apps included in the Mobile Internet Skills Training Toolkit (MISTT) which teaches the basics of using the internet and common applications.

MISTT is a visual and easy to follow curriculum that helps trainers demonstrate the value and the functionality of the internet on smartphones. Course participants learn the basics of internet use via several of the most commonly used platforms, including WhatsApp, Facebook, Google and YouTube. Now Wikipedia is also included within MISTT, thanks to a collaboration between the Wikimedia Foundation’s Partnerships & Global Reach team and the GSMA’s Connected Society Programme.

The module will be used in projects in Chad, Bangladesh, Nigeria, and Burkina Faso in the next few months. The outcomes from similar previous trainings in Rwanda are encouraging, and demonstrate the MISTT’s potential in building digital literacy skills and driving uptake and usage of mobile. This in turn will increase the awareness and reach of Wikipedia.

GSMA and Wikimedia are aligned on the need to support individuals in low and middle income countries gain the basic skills needed to access Wikipedia and other internet services. In order to make Wikipedia a truly global free knowledge resource, we need participation from the world. While it is widely known and used in the US and Europe, only 30% of Wikipedia traffic comes from emerging countries. Our aim is to allow everyone living in Asia, Africa, Latin America, and the Middle East to share in the sum of all knowledge. In 2016–17, we conducted extensive research to better understand the full spectrum of barriers to accessing and participating in Wikipedia. We found that basic awareness of Wikipedia—i.e. “Have you ever heard of Wikipedia?”—is far lower in low and middle income countries than in North America and Europe. For example, while 87% of US internet users had heard of Wikipedia, the same was true for only 19% and 27% of Iraqi and Nigerian internet users, respectively.

How are we going to reach these underserved individuals? In the last year, we’ve worked to raise that awareness of Wikipedia in Iraq and Nigeria, the latter through video campaigns we conducted which received over 15 million views combined. Looking forward, the Wikimedia Foundation is focusing on efforts to bring communities that are left behind by different barriers, including digital literacy challenges, that still impede many people from accessing and contributing knowledge on Wikipedia and the Wikimedia sites. Real knowledge equity means finding ways to bring everyone into the Wikimedia movement, and that includes reaching those who are starting to become digitally aware, and many who may be experiencing the internet for the first time on their phones.

As part of our 2030 vision, the Wikimedia Foundation is working to expand partnerships with organisations like the GSMA to empower communities through digital skills training and participation in knowledge creation and sharing. It is with this in mind that we will continue to collaborate with the GSMA to adapt the MISTT with Wikipedia module to other countries and regions as part of our efforts to increase awareness and global participation with Wikipedia.

The Mobile Internet Skills Training Toolkit (MISTT) can be found on GSMA’s website. It is currently available in Bengali, English, French, Hindi, Kinyarwanda and Swahili.