#1Lib1Ref is an annual campaign where librarians and other contributors to Wikipedia add references to improve statements with the ultimate objective of improving the reliability of Wikipedia.

In 2018, the Iberocoop Network participated in the #1lib1ref campaign (1bib1ref in Spanish) in Latin America. The campaign ran for three weeks in May 2018, to commemorate the birthday of Spanish Wikipedia. During the campaign, several Latin American countries participated in online and offline activities involving librarians and the general public to drive contributions on Wikipedia. In addition to the participation of the Iberocoop Latin American countries (Argentina, Chile, Uruguay, Bolivia and Mexico), the campaign attracted participants from Brazil, Portugal, France, Italy, Catalonia, Australia, Cameroon, India and Ghana.

The results of #1bib1ref from the Latin American participants were encouraging and a great start given the limited resources and very limited prior planning: 70 editors made about 522 edits in 371 articles with the hashtag #1bib1ref, and possibly more without the hashtag. The campaign that emerged during the same period under the broader hashtag #1lib1ref saw about 940 edits in 358 articles by 132 participants in 12 languages. On social media, 32 countries made 1200 posts with the hashtag, reaching 1.8 million people, 3.6 million times.

Here are some highlights from around the world:

All the enthusiasm and sharing around the campaign made its way even into Wikimania Cape Town in July 2018. The Wikipedia Library team organised a #1Lib1Ref workshop called Wikipedia 101 for Librarians, which I led, during the pre-conference at Wikimania. This 1-day pre-conference event trained librarians and library staff on how to contribute to the Wikimedia projects as well as enlighten them about their role in bridging some of the knowledge gaps that exist about South Africa on Wikipedia (as the theme for Wikimania 2018 implied). The session included lightning talks from active Wikimedians (Kerry Raymond and Andy Mabbett) working in the Wikipedia + Library space, a #1Lib1Ref editathon, and a Wikidata session to showcase the opportunities around linked open data. Jake Orlowitz carried the energy into the main conference with a three-year retrospective talk at Wikimania looking at the campaign’s evolution and growth.

This indeed is a new turn for 1Lib1Ref. We were able to witness great growth potential in emerging communities firsthand and the void that needs to be filled. On the other hand, the campaign is gradually gaining audience and transforming into a widespread activity in multiple Wikimedia communities and regions. We believe, in making the campaign more suitable to emerging communities we have generated the enthusiasm for participation from librarians and our friends in the southern hemisphere. Still to come, watch out for more activities from India and Iran in the coming months.

And of course, we invite everyone to join us for #1lib1ref 2019 kicking off in January for yet another opportunity to make Wikipedia even more reliable globally! 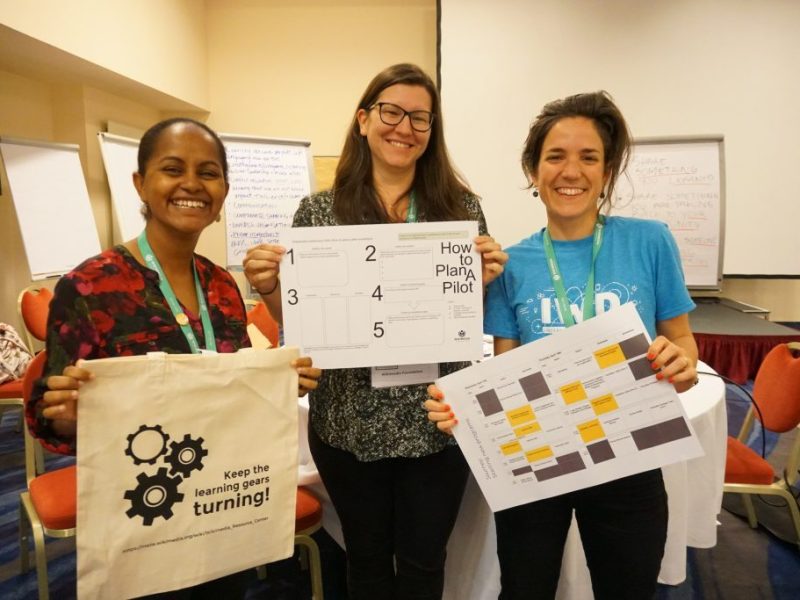