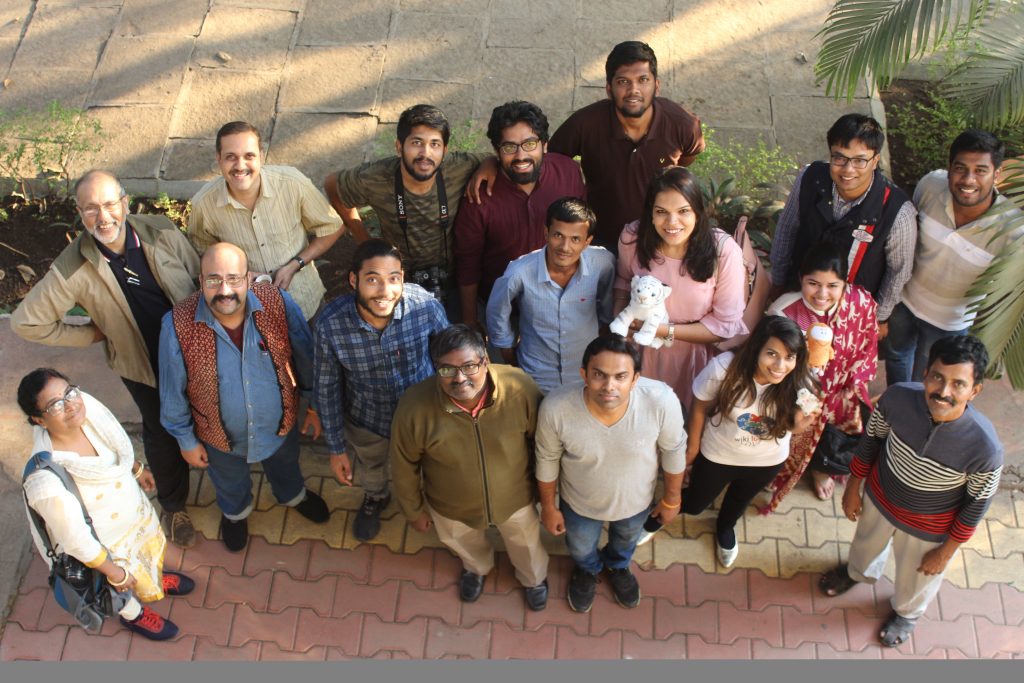 The Wikipedia Library program helps editors access reliable sources aiding in their contributions to Wikimedia projects. Recently the Indian community has been adapting, and are continuing to define, the program on their own terms including new partnerships, events, and programs.

Wikipedia’s article on the culture of India notes that the country contains “thousands of distinct and unique … languages, religion [and] customs [that] differ from place to place within the country.”

To bring the vast knowledge of these many differing cultures to the world requires volunteers who both understand individual languages, religions and cultures of India and have high-quality sources at their fingertips to cite on Wikipedia. It’s the latter requirement that’s often challenging for local editors: high-quality academic articles are often behind paywalls, which make them difficult to obtain for editors who want to share their knowledge with the world.

But now, the editing communities within India has one more resource for finding academic articles written by academics: the Wikipedia Library (TWL), which provides experienced Wikipedia editors with access to high-quality sources to use on the encyclopedia.

Over the past year, TWL has been working with Indic-language Wikimedia communities to create new partnerships and run events. The Indian communities have adapted the TWL model, provides free access to reliable sources through partnerships with journals and publishers. This is a model that can be used by other communities that want to add additional sources to their language Wikipedia. We’ll start with how Wikimedia India collaborated with an academic journal to provide accounts for Wikipedia editors.

How Hindi Wikipedia adapted TWL for their own uses

In 2018, a branch of TWL was created on the Hindi Wikipedia—the first in any Indian language—by Shweta Yadav, a volunteer coordinator.

A volunteer with Wikimedia India then worked with TWL to sign an agreement with the academic social sciences journal Economic and Political Weekly. The agreement, the first of its kind in India, distributed 10 free accounts to the journal for Wikipedians editing topics related to India. Wikipedia editors can use these accounts to access the journal’s latest issues as well as its archives dating back to the late 1940s. Additionally, EPW editorials are translated into seven Indian languages (Gujarati, Hindi, Tamil, Kannada, Telugu, Marathi, and Odia) and can be used as references on Wikimedia projects in those languages.

Once they successfully partnered with an academic journal, editors across the sub-continent began to discuss a conference focused on the future of reference support.

TWLCon (short for The Wikipedia Library Conference) was conceptualised in early 2018 by Krishna Chaitanya Velaga, a volunteer Outreach Coordinator for TWL, as the first-ever national TWL convening. The conference, funded partly by a Wikimedia Foundation Rapid Grant and partly by CIS-A2K, brought over 20 people to Pune, India in January 2019 at Gokhale Institute of Politics and Economics (GIPE), one of the most prominent economics research institutes in India. There, members of the Indian Wikipedia community discussed ways to create additional partnerships and resources for their members, as well as ways to participate in  #1Lib1Ref campaign, where librarians are asked to add references to Wikipedia.

What was initially conceived as just a brainstorming session evolved into a packed two-day conference featuring community members from over 10 Wikipedia languages. It created an open, collaborative and thematic space for editors to learn, teach, and strategize ideas on prospective TWL projects.

“TWL is a unique and impressive project with a lot of scope in [the] future,” says Rupika Sharma, one of TWLCon’s participants. “If developed proactively, this can be [a] turning point in bringing libraries and Wikimedia to collaborate for fruitful partnerships in the coming time. The paid journals collaborating with TWL is the ongoing success that can be made even more successful by encouraging local Indic language Wikipedia to improve their content.”

Shweta Yadav, another TWLCon participant said, “Citations are the backbone of Wikipedia, and libraries/librarians can play a major role in providing the resources and expertise. Therefore, we need to introduce more and more librarians to Wikipedia and steps like [the] resource exchange, digitization of libraries and #1Lib1Ref not only help improve Wikipedia but also attract librarians towards editing.”

One of the main takeaways of TWLCon was the significance of having a regional gathering where participants could mutually understand and reflect on the needs of their own community, and adapt their plans accordingly.

The Indian communities are now moving ahead with their next projects, including the creation of a Punjabi and a Bengali TWL branch. There is a lot to look forward to.

If you’re interested in creating a local Wikipedia Library branch or have any questions about The Wikipedia Library, feel free to get in touch with the team at wikipedialibrary@wikimedia.org.

This blog post has been updated to clarify the history of TWL and the Hindi Wikipedia.