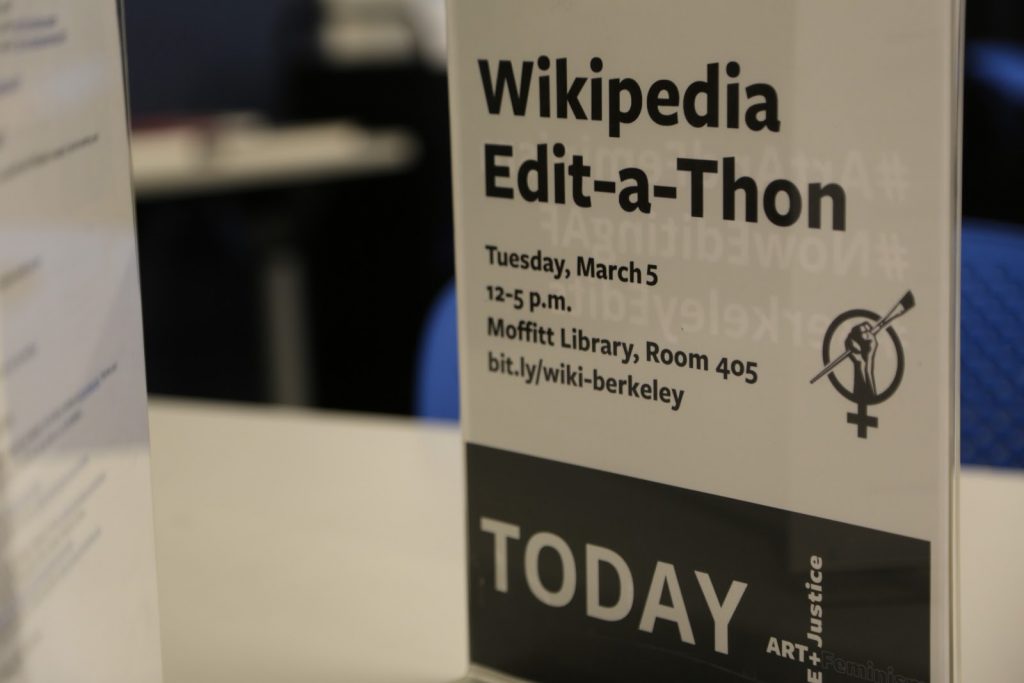 Filipina American artist Dorothy Santos knows what it feels like to be a minority in your field. She said, “I thought, ‘there’s no one who looks like me in this industry!’ ” She reached out to Jennifer Wofford, co-founder of the San Francisco Bay Area-based artist collaborative Mail Order Brides/M.O.B., and years later contributed to Wikipedia for the first time to write an article about the collaborative. She spoke about the experience at the UC Berkeley Art + Feminism Wikipedia Edit-a-thon on Tuesday, 5 March. 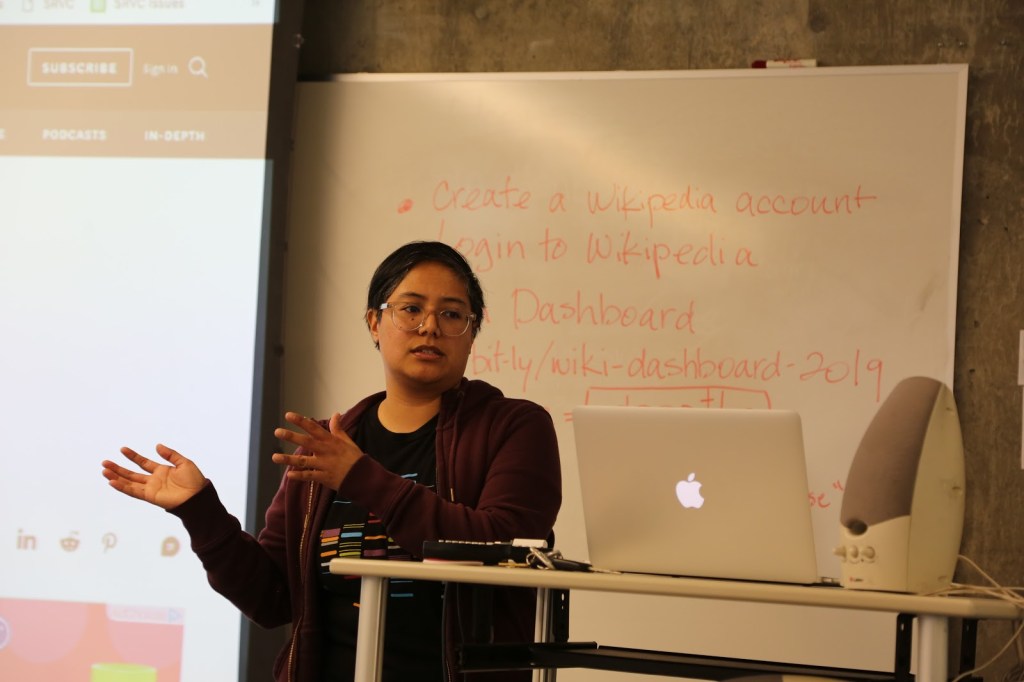 Dorothy Santos at the Berkeley edit-a-thon.

The daylong event, organized by a committee of UC Berkeley librarians, archivists, and faculty, added more than 2700 new words through 41 total edits. For some attendees, it was their first time editing Wikipedia. For others, it was a process that had begun long before the edit-a-thon.

Organizer Emily Vigor’s journey began several years ago. She’s an archivist on campus at the Environmental Design Archives, which holds collections relating to local architecture and landscape architecture. Emily processed the collection for a female architect named Alice Carey. Noticing that Carey didn’t have a Wikipedia page, Emily decided she would try to get an article about Carey published online. “It was rejected as soon as I put it up for not being notable enough,” she said. “I was pretty flummoxed. She wasn’t my first Wikipedia edit, actually. I’d created pages for male architects before with fewer verifiable resources and hadn’t run into issues.” Around the same time, Emily learned about Art + Feminism, the worldwide campaign of edit-a-thons to improve coverage of cis and transgender women, non-binary folks, feminism and the arts on Wikipedia. Later, she participated in her first edit-a-thon at Berkeley, and wrote a blog post for the Environmental Design Archives about the struggle to publish articles about female architects. 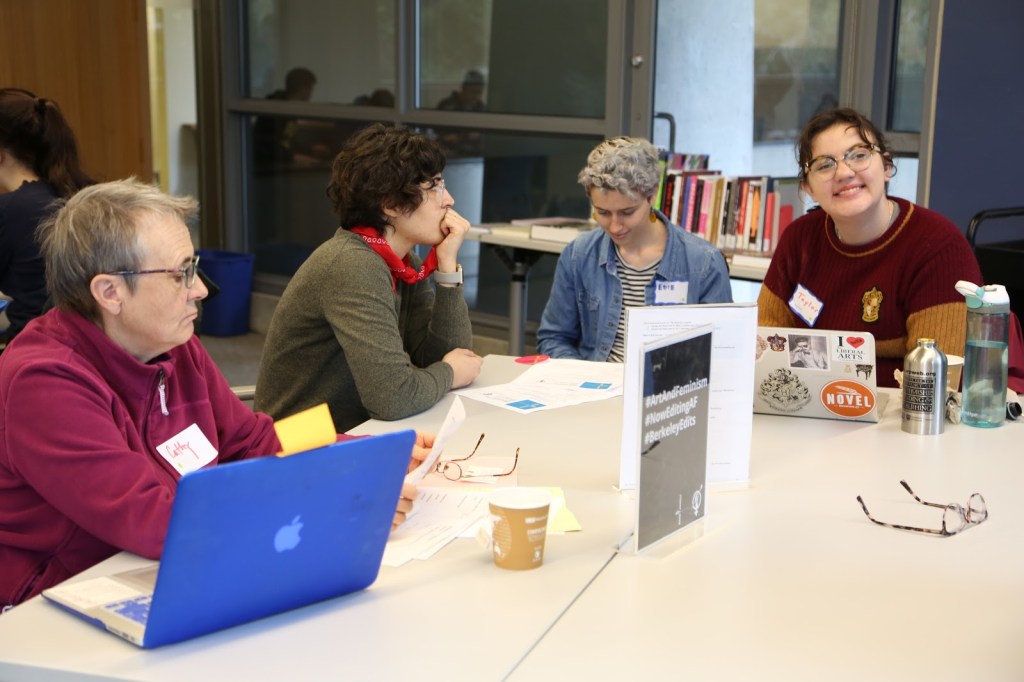 Her colleague Chris Marino found a similar impetus to participate in efforts around inclusion. “When I started to edit Wikipedia, a lot of my edits were flagged. I saw the importance of having informal get-togethers where basic skills can be taught.” Chris works with primary records of the designed environment and is particularly passionate about recognizing women in the design field. While creating a page about graphic designer, illustrator, and author of gardening books Maggie Baylis, she encountered roadblocks right away. She had written the finding aid about Baylis for the Environmental Design Archives collection, but couldn’t re-use that material for the Wikipedia page because of plagiarism concerns. To make matters worse, there weren’t enough secondary sources about Baylis to cite.

Encountering these obstacles was discouraging because of her deep connection to archival subjects. “When you work with primary sources and you’re processing collections, say, for women designers, you get to know them intimately,” Chris said. “You’re going through all of their papers and you can see all their correspondence. Including maybe the discrimination they encountered, all that behind the scenes information. You become invested, and that makes me feel really strongly about documenting their work on Wikipedia.”

Luckily, the Maggie Baylis story had a happy ending. “Her work was part of an exhibit called Serious Play at the Denver Art Museum. She’s written about there, so I want to go add the references,” Chris said. The article is now free of flags. 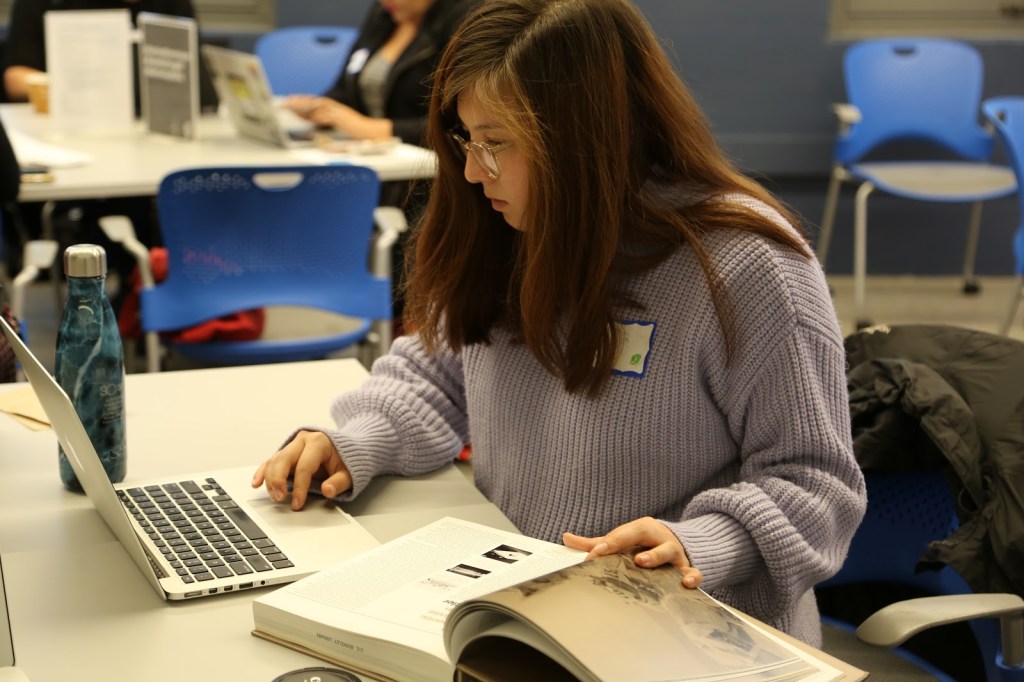 Organizer Stacy Reardon said, “Everyone says the same thing: the first time they make an edit they feel elated and they feel empowered. They feel like they’ve really changed something, and they’ve created access for people around the world. It might sound a little romantic, but that’s really how you feel.” Emily echoed that sentiment: “It’s nice when you do a Google search for someone’s name and there’s a Wikipedia link.”

Maybe it’s not only nice, but necessary. In some fields, having a Wikipedia page is equated to credibility, respect, and having “made it.” If the cultural cachet that comes from encyclopedia recognition is disproportionately meted out to men, that can have downstream effects on who gets profiled in the media and studied by academics, a vicious feedback loop. Editing to share information about figures like Maggie Baylis isn’t just about leveling the playing field; it’s about expanding what we know, making sure that someone who runs a search or goes down a Wikipedia wormhole isn’t inadvertently losing out on half of history. 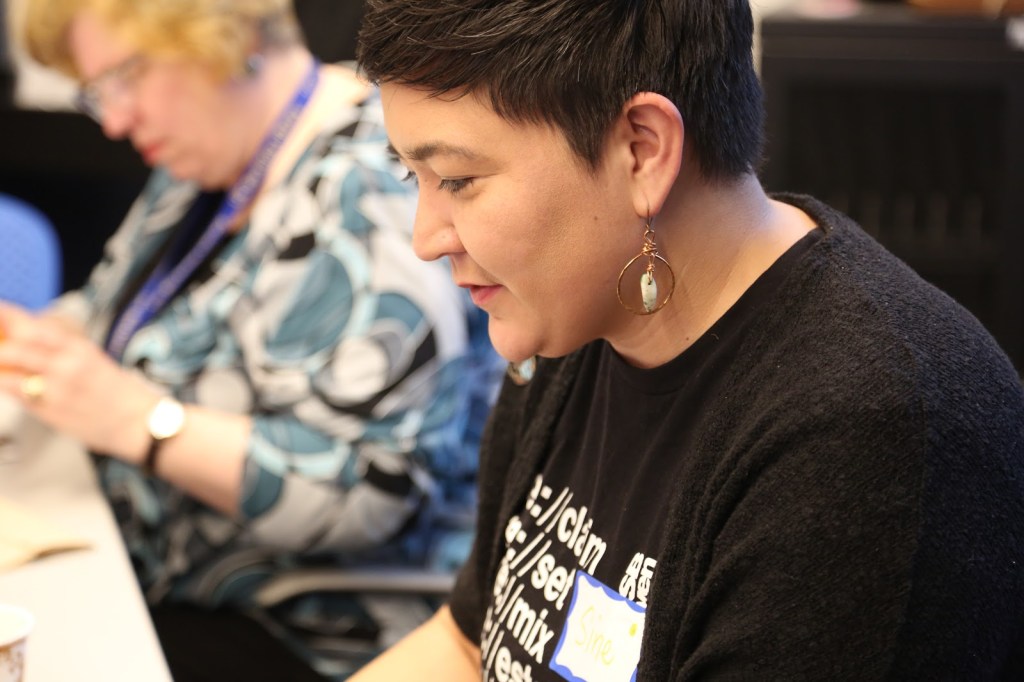 Dorothy Santos recalls the objective of California College of the Arts professor Tirza True Latimer’s class, “Exhibitions and Ideology,” as to edit what is scant— to figure out which artists haven’t been included in Wikipedia and profile them. Latimer used Wikipedia as a pedagogical tool, and students in her class created the page for “The Perfect Moment,” a retrospective of works by the noted photographer Robert Mapplethorpe. 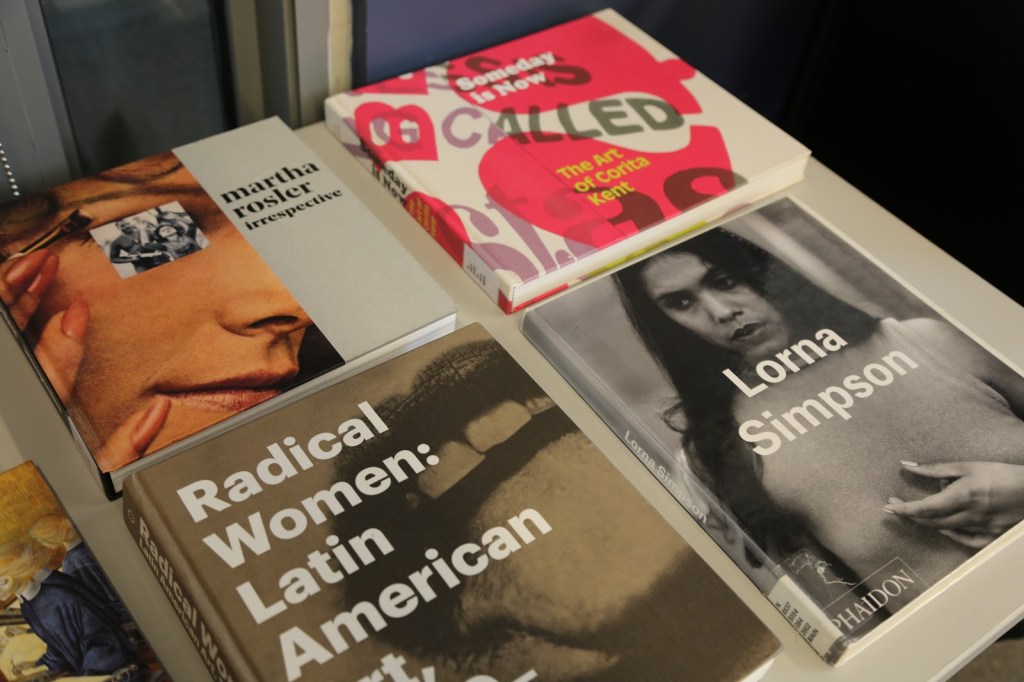 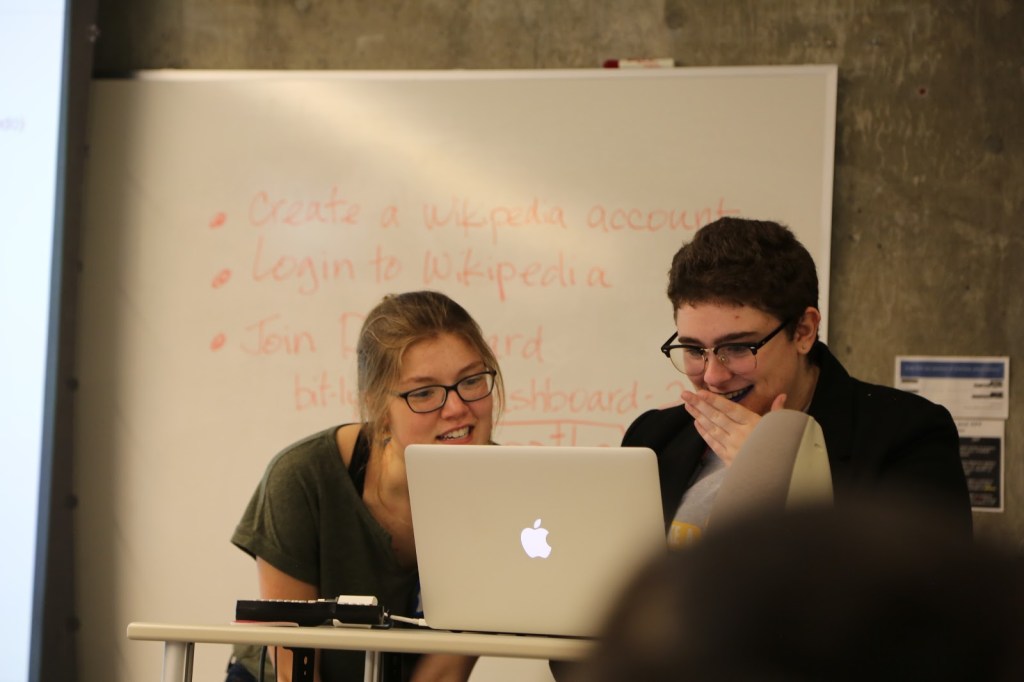 Two Berkeley undergraduates, Maddie and Ollie, presented to the edit-a-thon about their own experience in a freshman Human Biological Variation seminar where their professor asked students to edit Wikipedia “stub” articles (articles deemed too short to provide encyclopedic coverage). The class gave them firsthand experience with democratizing knowledge and the empowerment that came from editing. 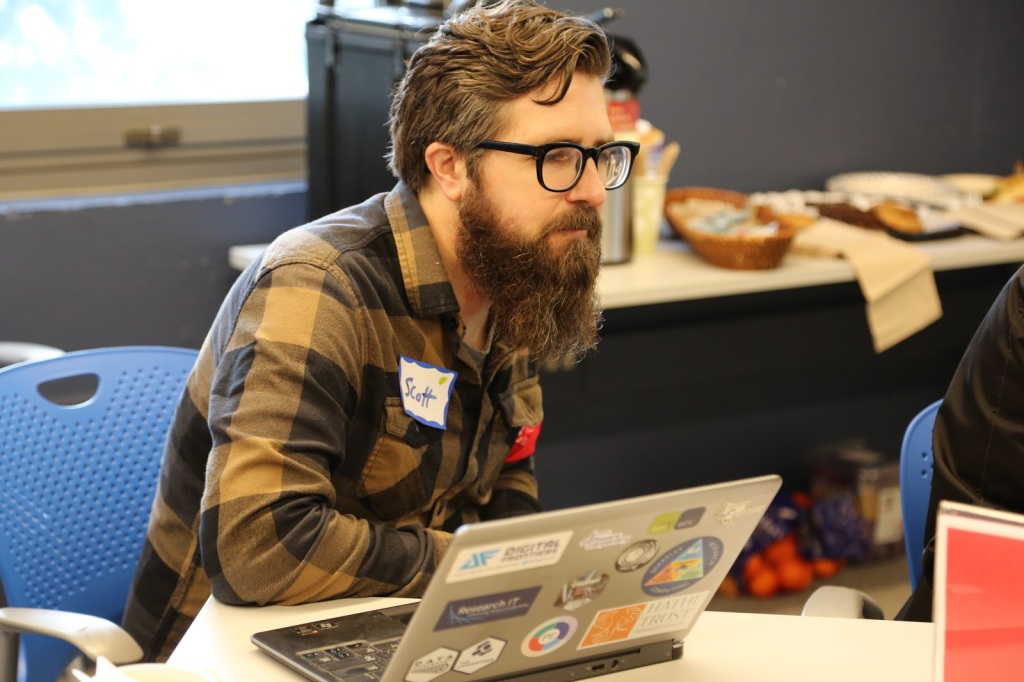 “It’s important for students to look under the hood and see how this is constructed,” organizer Corliss Lee said. “Wikipedia is omnipresent and yet many students I’ve presented to didn’t know how it’s made. It’s important for them to realize. Students who edit feel very empowered seeing their stuff out there, as opposed to handing in another class paper that never sees the light of day again.” As Maddie said, “Most undergraduate students won’t have the chance to publish papers, but anyone can edit Wikipedia.” Ollie’s sense of impact came from looking at page history and statistics: “I look at the page views. Every single person there learned something. I feel blessed to put my expertise out there in the minds of people who I’m never going to meet.”

Dorothy Santos echoed that sentiment. “Page statistics and history may look boring to a lot of people but it’s good to look behind the curtain and see specific changes that have been made. When a new user sees those changes, the process of editing becomes tangible and feasible. When I saw my own changes highlighted in perpetuity, that was impactful for me. Something I did is now a part of the pantheon of knowledge about that subject. I can help tell that story.”

All photos in this blog post were taken by Adora Svitak and are licensed under CC BY-SA 4.0. 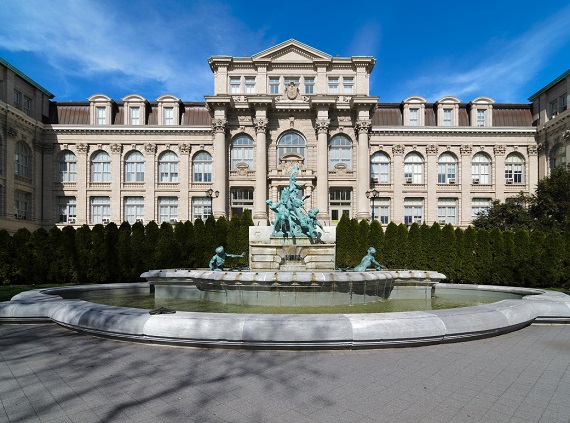 “Filling in the gaps”: Plants and people meet on Wikipedia

A Wikipedia edit-a-thon at the New York Botanical Garden focused on writing women botanists into history. 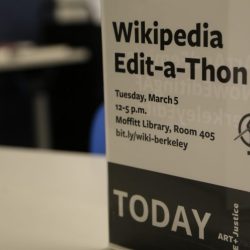 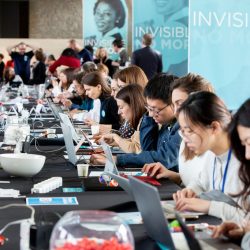 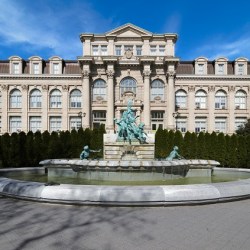