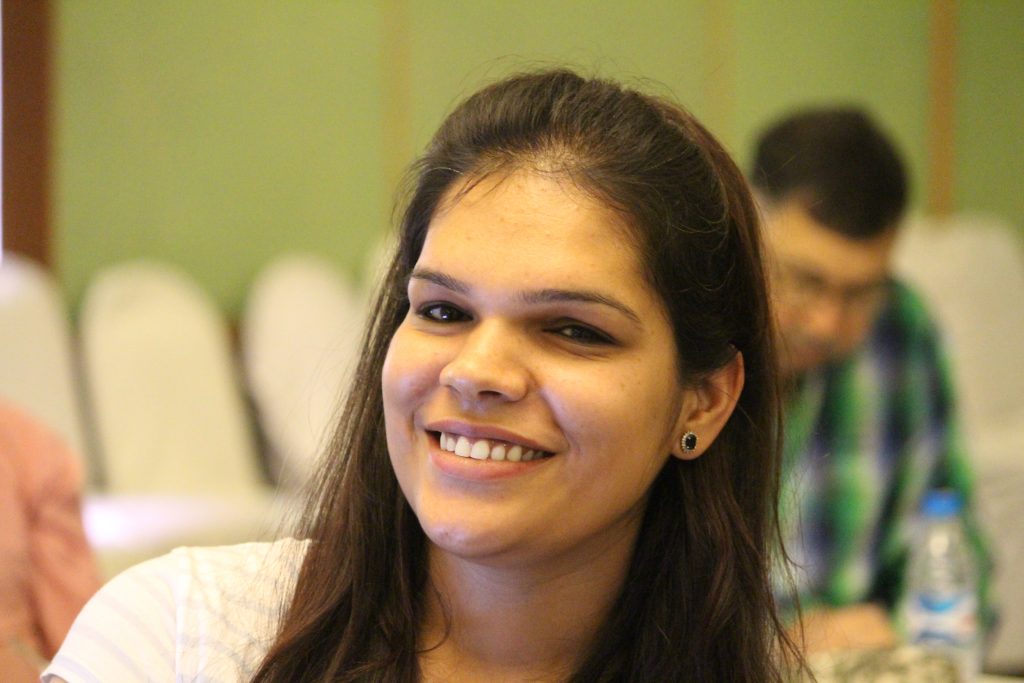 From her vantage point, Kaur—who had recently completed a Ph.D. in forensic science—quickly realized that not all of the students were comfortable with the course being taught exclusively in English. She searched for Punjabi-language documentation to help them but was frustrated to find that very little was available.

That’s when Satdeep Gill, a fellow student in another class, introduced her to the Punjabi-language Wikipedia.

Although the encyclopedia contained only a few thousand articles, Kaur recognized that the site had much potential for making knowledge about forensic science available, being much faster and cheaper to distribute than a traditional book.

Over the next year, Kaur wrote more than one hundred articles about the subject, including a span where she created one per day for a hundred days—known as completing “100wikidays.” (Her favorite is one you might expect: the entry about forensic science.) She also did a second 100wikidays to create biographies of notable women, thereby writing them into Punjabi’s popular history.

In 2016, however, Kaur decided that she wanted her work to have a greater impact, one that reached beyond her field. “By working on one specific subject, I was catering to the needs of very few people,” she tells me. “Some individuals are better editors and some are better facilitators. I am the latter. … I realized that I could contribute more effectively and productively in planning and organizing initiatives like education programs, trainings, and Wikipedia awareness campaigns.”

Kaur started with her own classroom of master’s students, a role she had taken on after beginning post-doctoral studies in facial expression analysis. Five of them started editing Wikipedia with help from Kaur, and two of them later completed their own 100wikidays. (In fact, one did two 100wikidays, and another is working towards their second as of this moment.)

This quickly snowballed, to put it mildly. Since then, Kaur helped organize nine different Wikimedia-focused events and contributed towards another seven. Given the Wikimedia movement’s persistent gender gap and the sheer number of languages in India—the country has 23 official languages, and hundreds more are spoken—Kaur has kept a special eye on putting women into leadership roles and ensuring that Indic events cut across language barriers.

Some of these events have emphasized the needs of Punjabi Wikipedia readers, which differ from those reading other, larger, Wikipedias. “We have found that the people who read the Punjabi Wikipedia are either interested in the literature [in the language] or seeking information … because of language constraints,” she tells me.

That knowledge factored into the creation of Wiki Women for Women Wellbeing, or WWWW2018, which brought together women leaders from across India to create and promote Wikipedia content about women’s health. This was a big project—the scale “forced us to build a support network,” she says—but what they took away from it was that it needed to be even bigger.

And that’s why March of this year was a very, very busy month for Kaur. First, she facilitated a joint UNESCO-Wikipedia gender bridging workshop where over the course of five hours, Indian women wrote historical women into Wikipedia. 41 articles were created and another 62 were edited, including a number of scientists, media personalities, and artists.

Second, she was the primary organizer of a women-focused “Train the Trainer” event held in New Delhi last month, where over a dozen women learned about communication tactics, partnerships, grant reporting, and more.

“So many amazing and enlightened people are working together selflessly to build Wikipedia,” she says. “It is an amazing place to be. I’ve met so many people from incredibly diverse backgrounds. The acknowledgments, trust, and faith given to and invested in me have helped shape who I am today and are the major driving force that keeps me going.”

To learn more about Manavpreet, visit her Wikimedia user page.

Wikipedia is a mirror of the world’s gender biases

This post ran in the Los Angeles Times on 18 October 2018. When Donna Strickland won the Nobel Prize this month, she became only the third woman in history to receive the award in physics. An optical physicist at the University of Waterloo, Strickland is brilliant, accomplished and inspiring. To use Wikipedia parlance, she is very….