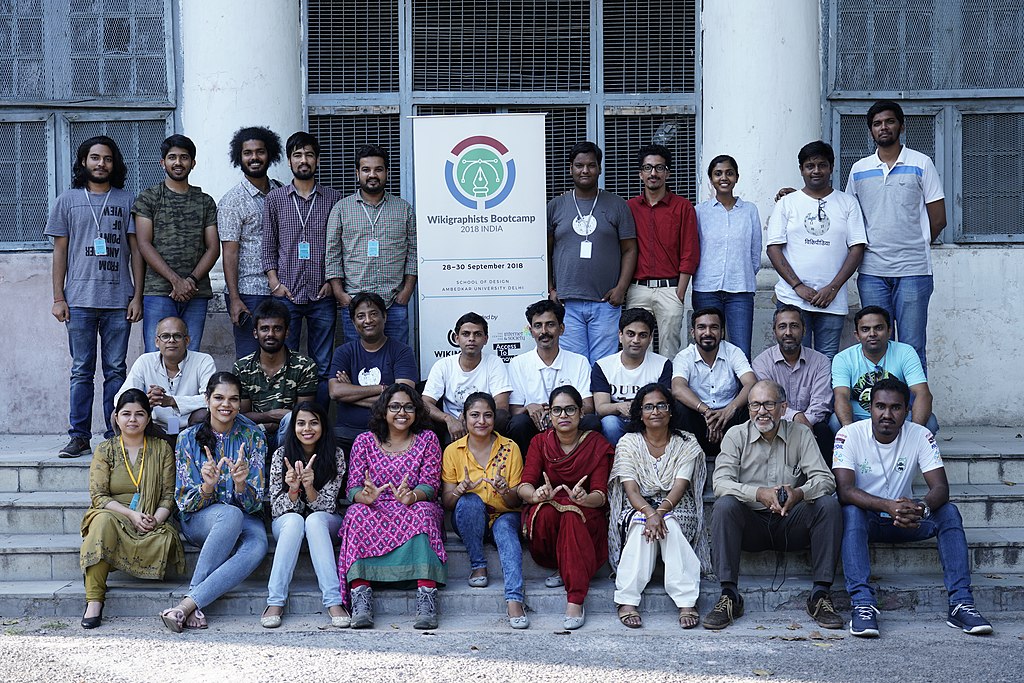 Have you ever tried zooming in on an image on your computer? Did you notice how the quality steadily got worse and worse?

This is an unfortunate feature of “raster graphics,” the file formats that use a rectangular grid of pixels to make up an image, and present a particular problem for people making maps, for example—how else would you be able to take a regional map and zoom down into a particular town?

The solution is vector graphics. These allow for arbitrary scaling at high quality and give sharp high-resolution renderings. SVG, the vector file format used most often on Wikimedia projects, allows other editors to edit the files, something especially suitable for Wikimedia’s long-held ethos of allowing anyone to edit. But what SVG does not do well is allow anyone else to easily edit the files, as it requires specialized knowledge. As recently as last year, less than a handful of overtaxed volunteer Wikimedia editors working on Indic-language Wikimedia projects were equipped with the skills required to edit vector graphics, and there was little awareness of them among other Wikimedians. Things like map legends could be easily translated into hundreds of languages if only more people knew how to do it.

A training program set out to change that. In September 2018, Indian Wikimedians hosted the Wikigraphists Bootcamp. Named for the specialized community of editors who make maps and other vector graphics on Wikimedia Commons, the bootcamp included three online sessions during August and September 2018, and one three-day onsite workshop during the last week of September. Twenty-two Wikimedians representing nine Indic language Wikimedia communities, along with Indian Wikimedians working on the English Wikipedia and Wikimedia Commons, took part in the training.

By the end of the training, these Wikimedians created 377 files, of which 129 are being used 712 times across various Wikimedia projects. The project also created several educational videos for others to learn about SVGs, starting with the basics. These videos are basically the recordings of training, which were developed by Indrajit Das. During the three-day onsite training at the design school, there was also a panel discussion about the intersection of design and open knowledge, which brought together an experienced Wikimedian, the dean of the design school, and a typeface designer, which brought up some interesting insights.

The bootcamp was primarily funded by the Wikimedia Foundation’s Conference and Event Grants program, with additional funding and organizing assistance provided by the Centre for Internet & Society – Access to Knowledge (CIS-A2K), the Foundation’s allied organization in the country, and the space (as an in-kind donation) by the School of Design, Ambedkar University Delhi.

Though this whole project was able to meet most of its goals and develop a community of Wikigraphists, at least with basic skills, a follow-up was extremely necessary—not only to help ensure the trained Wikimedians continued their efforts in the area, but also to spread the concept of vector graphics among the larger Indian community. 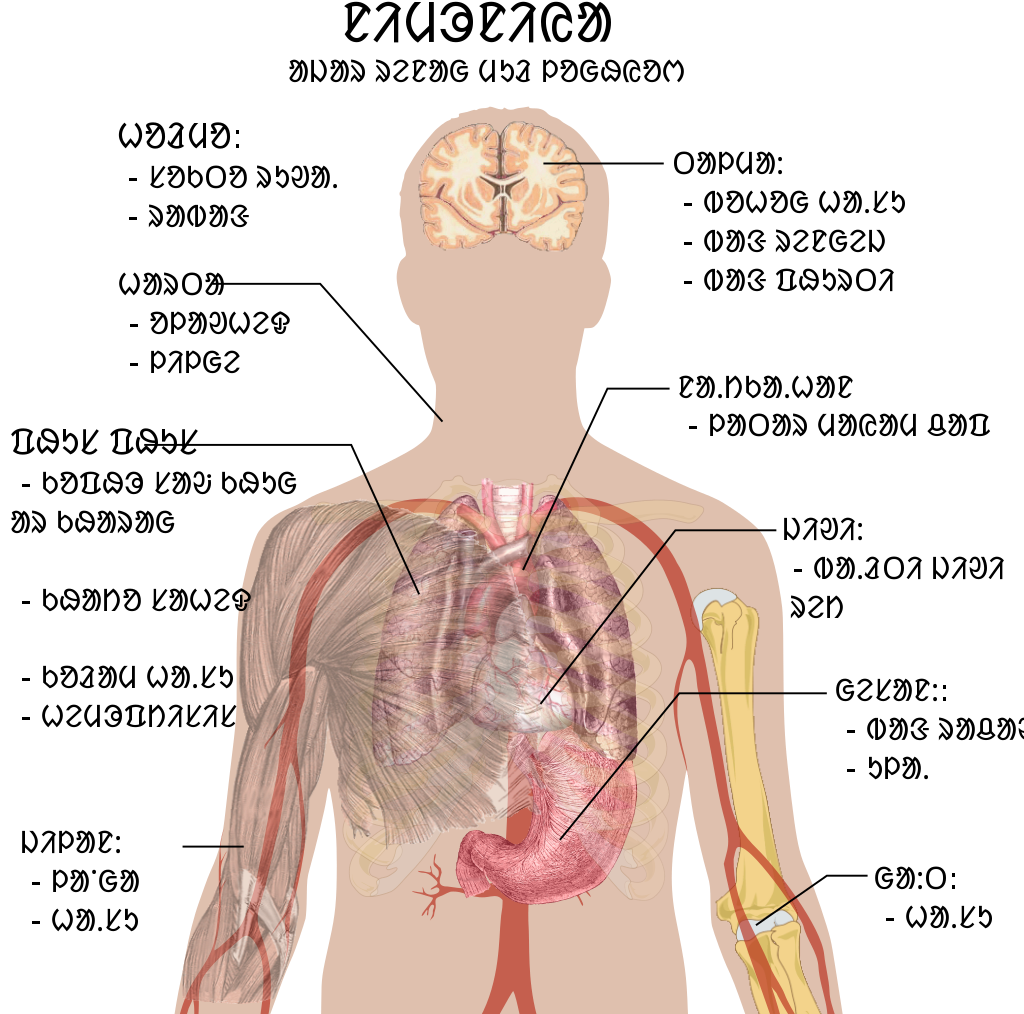 The symptoms of pneumonia. The labels were translated from English to Santali, one of the most underrepresented languages in India online, as part of the SVG Translation Campaign.

The answer to this came with “SVG Translation Campaign 2019 in India,” a thirty-eight-day-long campaign that started on 21 February 2019, chosen to align with UNESCO’s International Mother Language Day. Funded by CIS-A2K, the aim was to create SVG diagrams and maps with labels in the native languages of India. Nineteen Indic languages participated in the campaign, which was organised by four coordinators and twenty-six language organisers. Several online training sessions were conducted for language-organisers before the campaign began, and who in turn conducted brief sessions—some on-site—in their communities. This approach worked out well, and as a result, 194 users created more than 2,500 SVG files with labels in native Indian languages. The campaign was quite successful in creating mass awareness among Indian communities about vector graphics and their importance in Wikimedia projects.

The Wikimedians are currently working on setting up a dedicated Graphics Lab for Indic communities, where Wikimedians would be easily able to make requests for required graphical content on Indic-language Wikimedia projects. Several are now enthusiastic about learning more about advanced skills related to vector images, and further training needs are being explored.

For more information, please see the final reports from the bootcamp and translation campaign.