Loga dán davvisámegillii—you can read this post in the Northern Sami language.

“For us, the Sámi people, digital platforms like Wikipedia are very important. My dream is that Sámi children across national borders communicate in Sámi languages, and common revitalization projects on the Wikimedia platforms are a great tool to reach that goal.”
– Liv Inger Somby

The Sámi, a group of indigenous people, have lived in the far northern regions of modern-day Norway, Sweden, Finland, and Russia for thousands of years. For much of that time, the Sámi have faced discrimination from those who have controlled their lands and the problems inherent in working across the national boundaries of four different countries.

These experiences were at the front of the minds of the organizers of the first-ever Wikimania to be held in the Nordics region. An annual conference that celebrates Wikipedia and all the Wikimedia projects, Wikimania’s theme this year revolves around the idea that we are all “stronger together,” with a focus on the intersection of Wikipedia’s vision of bringing free knowledge to everyone in the world and the United Nations’ Sustainable Development Goals.

That’s why the opening speaker at one of the conference’s major sessions, a “spotlight session” on 16 August at the Aula Magna of Stockholm University, will be Liv Inger Somby, a Sámi journalist and assistant professor at the Sámi University of Applied Sciences in Guovdageaidnu, Norway. You can sign up to attend on Eventbrite.

Somby’s talk, titled The Importance of Indigenous Languages: What Are The Challenges With the Sámi Languages, One People Living in Four Countries and Nine Languages?, will be drawn from her extensive experiences: having grown up in the Finnish part of Sápmi, Somby uses both the Northern Sámi and Norwegian languages in her daily life. She has partnered with Wikimedia Norway (Norge), an independent Wikimedia affiliate and co-organizer of Wikimania 2019, to expand Wikipedia’s coverage of the Sámi people, and is a current member of the Norwegian Truth and Reconciliation Commission, which is investigating the consequences of the Norwegianization done to the Sámi and Kven peoples in Norway. 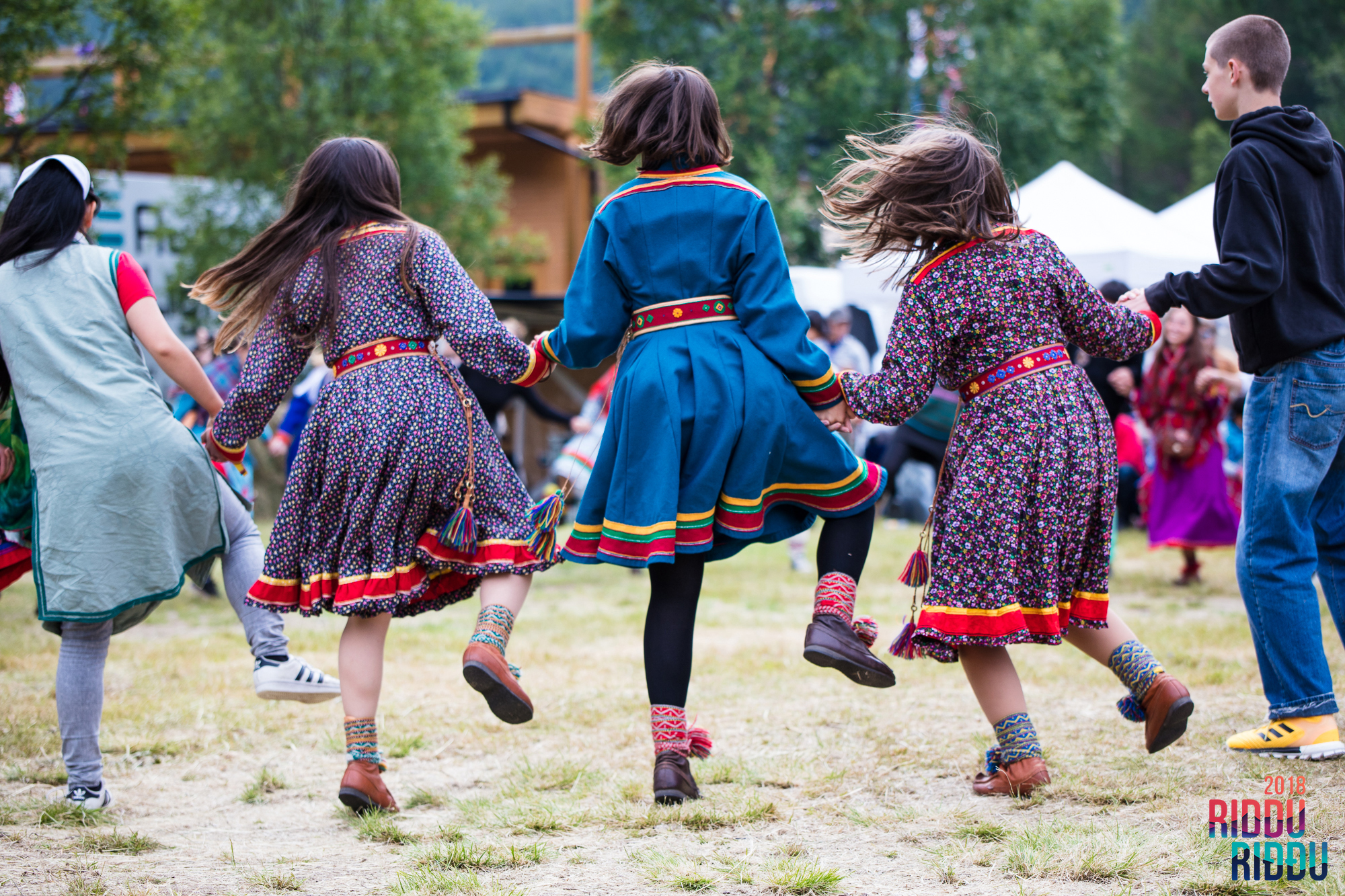 I interviewed Somby during Riddu Riđđu, the annual international indigenous music festival held in Kåfjord, Norway. We spoke about her expectations for Wikimania and why she believes that it is important to emphasize indigenous languages and digital inclusion when talking about free knowledge sharing.

Liv Inger Somby: I was a bit surprised when I was asked to give a speech at Wikimania and asked myself if I was the right person to do this. I have been a journalist for many decades, covering the Sápmi area for Norway’s principal broadcaster and telling the stories of the Sámi people. I have seen the development from when I went to school some fifty years ago, back when there was only one school book in the Northern Sámi language. Today, I teach indigenous journalism, and I realized that I could not turn down the opportunity to give a speech to the diverse and international Wikimania audience, sharing my knowledge on how indigenous languages can be kept alive and emphasizing the responsibility we have to do so.

Astrid Carlsen: What impact do you think UN’s Year of Indigenous Languages 2019 can have?

Somby: The Year of Indigenous Languages has helped in highlighting the responsibility we all have, across national borders and on a global level, to keep indigenous languages alive. International organizations, and movements like the Wikimedia movement, are especially in a position to take a lead in this work. We are often asked why the world should bother supporting language revitalization when there are few speakers left, but we believe that the privilege of collecting, sharing, and finding knowledge in your own language and your computer and phone should be held by many more. The treasury of Sámi words for fishing and hunting, traditional music and Sámi place names should be shared with the Norwegian children.

Carlsen: What hopes do you have for the use of the Sámi languages in 20 years?

Somby: We, the Sámi people, must continue to keep our oral history alive and share it on digital platforms, like Wikipedia, whenever our culture allows it. Doing so will allow our knowledge to be shared with future generations. My dream is that Sámi children, no matter where they grow up, can communicate in Sámi languages. But to do this, we need more projects across all of Sápmi and solidarity in how we spend resources—for example,  the funding available in Norway from the Sámi Parliament makes for a very different situation than other countries.

To the audience at Wikimania 2019, I hope to give them inspiration through the work we’ve already done to revitalize the Sámi languages in Norway, and aim to emphasize that this must be seen as a joint responsibility between majority and minority populations.