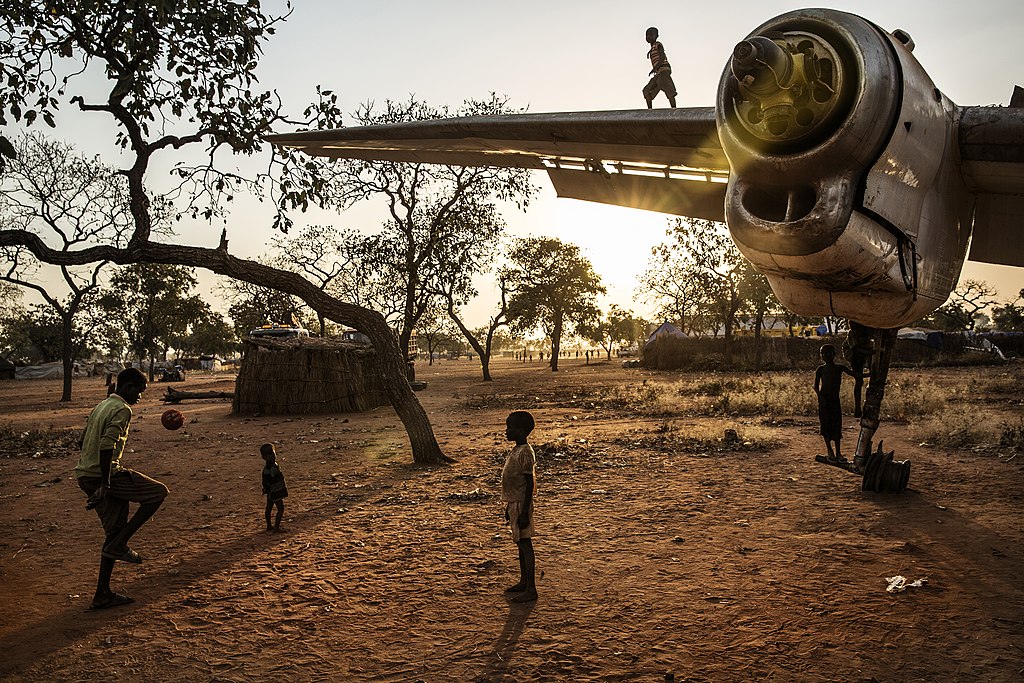 How do you define "play"? These photographers set out to answer that question.

Welcome to the wonder of Wiki Loves Africa, an annual themed photo contest which aims to re-balance the lack of visual representation and content that Wikipedia and Wikimedia Commons hold about the continent.

Over the last five years, Wiki Loves Africa has inspired the donation of nearly 50,000 photographs that depict the life of people on the African continent, with themes including cuisine, fashion, music, and dance.

In this year’s contest, held across six weeks, over 1,300 people uploaded just under 9,000 images and other media that represented what “play!” meant to them.

These images “provide a brief glimpse at [the] sheer variety of ways in which people across Africa spend their spare time,” said Wiki Loves Africa’s founders Florence Devouard and Isla Haddow-Flood. “Some are universal, others particular to their way of life.” They added that they hoped the contest would help “shake up the single story of Africa.”

The first place prize in this year’s contest, shown above, goes to Marco Gualazzini. A professional and press photographer with fifteen years of experience, Gualazzini focuses on recording the terror and horror of conflicts and humanitarian crises across the continent of Africa.

His winning photo, captured at a Sudanese refugee camp in 2013, ironically juxtaposes refugee children with a wrecked example of the Antonov cargo planes which had helped drive them from their homes. “The contrast was striking,” he explained. “Sudan’s government … waged a bombing campaign against the civilians it accuse[d] of supporting the Nuban rebels. Cheap shrapnel bombs [were] dropped out of Antonov cargo planes nearly every day.”

“I knew the Sudanese government was using [Antonovs like these] to drop the bombs that were killing those same children, or their parents, or their friends.” 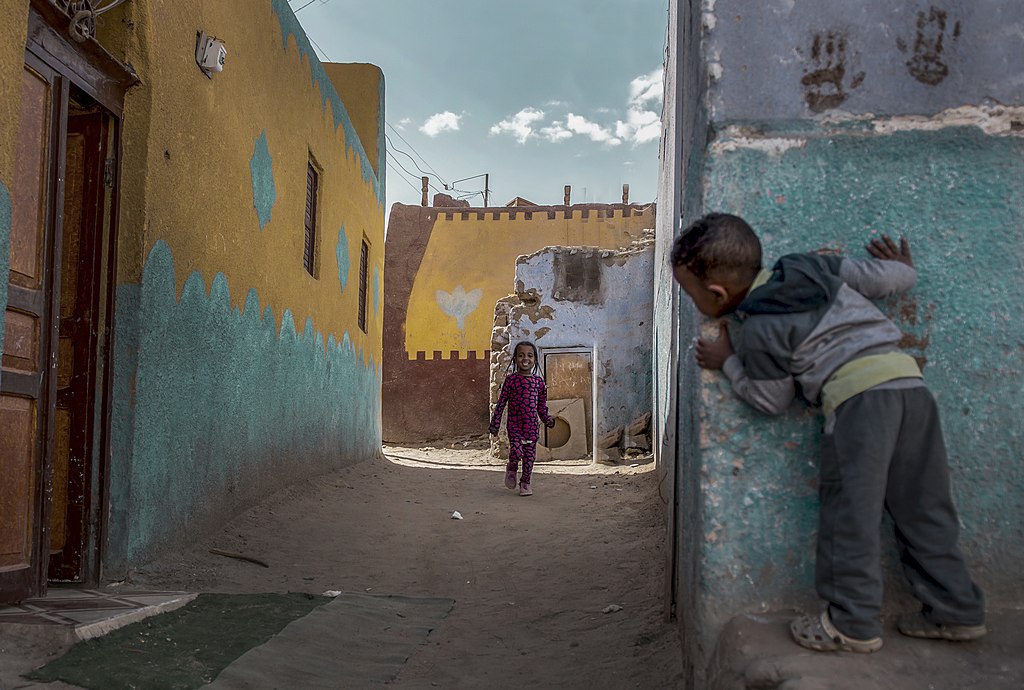 Wiki Loves Africa’s second-place winner was captured by Summer Kamal, who recently quit their job as a teacher in order to pursue their photography hobby. On a trip with the Adasa photography club, Kamal discovered these two young children playing peek-a-boo between streets and buildings. 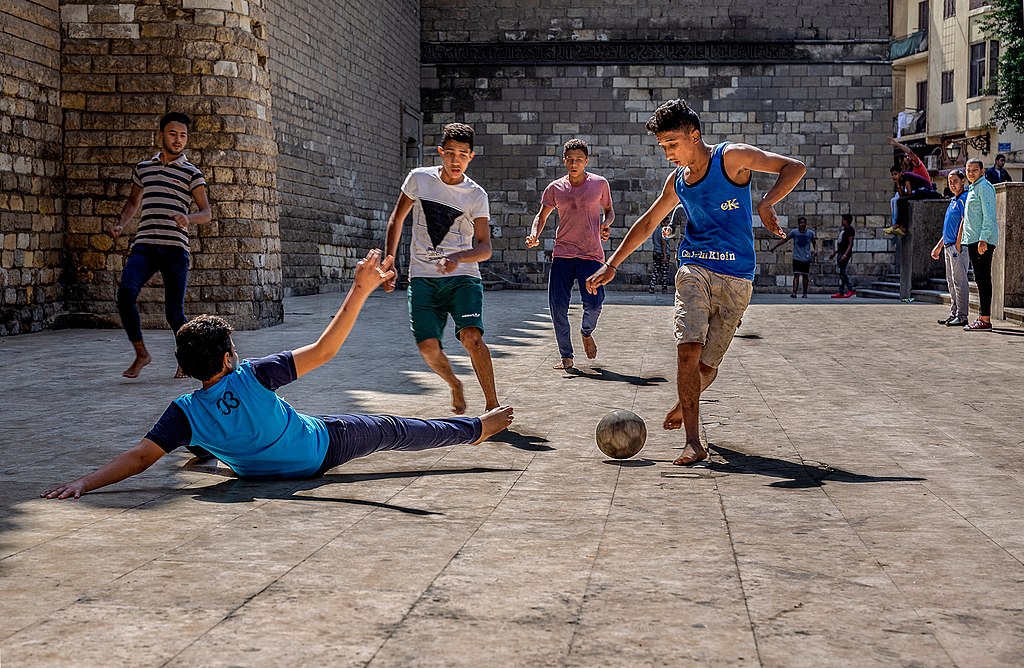 Mohamed Hozyen Ahmed’s image of a group of teenagers playing street football got him third place in the contest. Inspired by travel and documentary photography, Ahmed only started taking photos seriously a few years ago.

Ahmed discovered this scene while on a photo walk along Muizz Street in Cairo, Egypt. The scene brough Ahmed “back to my old days when I was young and used the play the game we adore in the streets of Egypt.” Drawn in by the scene, he took some photographs at their request was “blessed” to be in the right place at the right moment to capture this moment in time—just before one teenager scored an “amazing” goal. 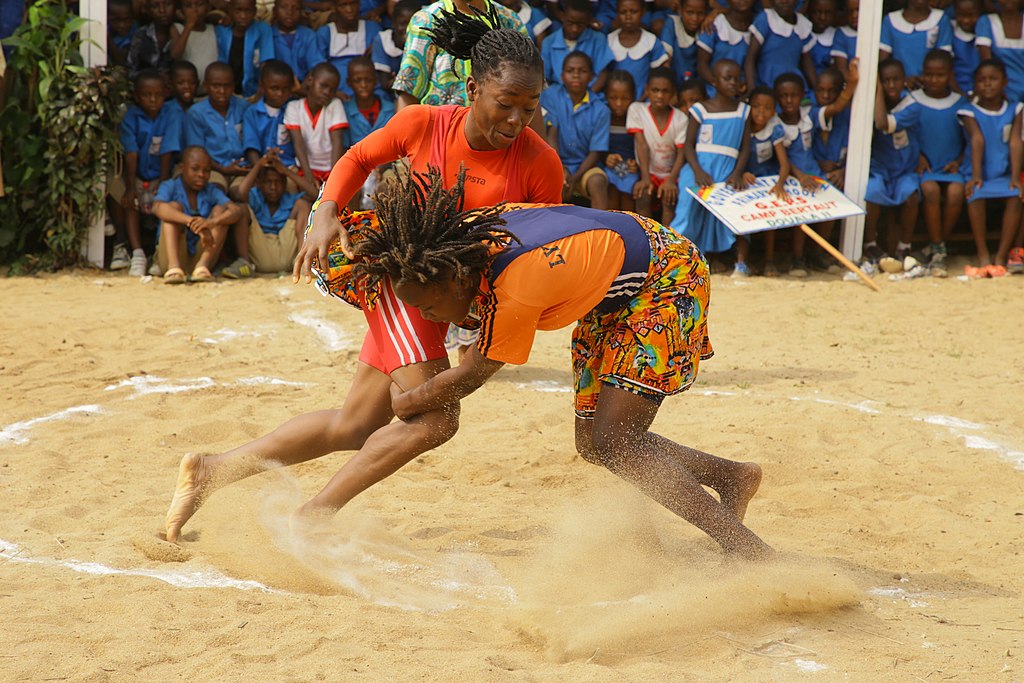 Wiki Loves Africa awarded two supplementary prizes, the first of which is the best examples of women in sport. The winner of the former comes from Yvonne Gasseu Youmbi, a lover of beekeeping, travel, and culture, who captured the above image during a game demonstration for the children seated in the background of the photo.

Finally, Wiki Loves Africa’s award for culture and tradition went to Mohammed Amri, another photography enthusiast who has previously submitted work to several other competitions.

Amri obtained this particular photo during a festival that celebrated Maghrebi equestrian skills, including this example of fantasia, where the horse riders attempt to synchronize both their charge and the closing shot fired up into the air. “The aim of taking photos in this festival is to add content to the area in which I live so that future generations [and the world] can know the history and heritage of our ancestors,” he says. “The picture for me is [a] language that all people understand.”

The Wikimedia Foundation provided funding for this year’s Wiki Loves Africa. For more information, see the contest’s about page. 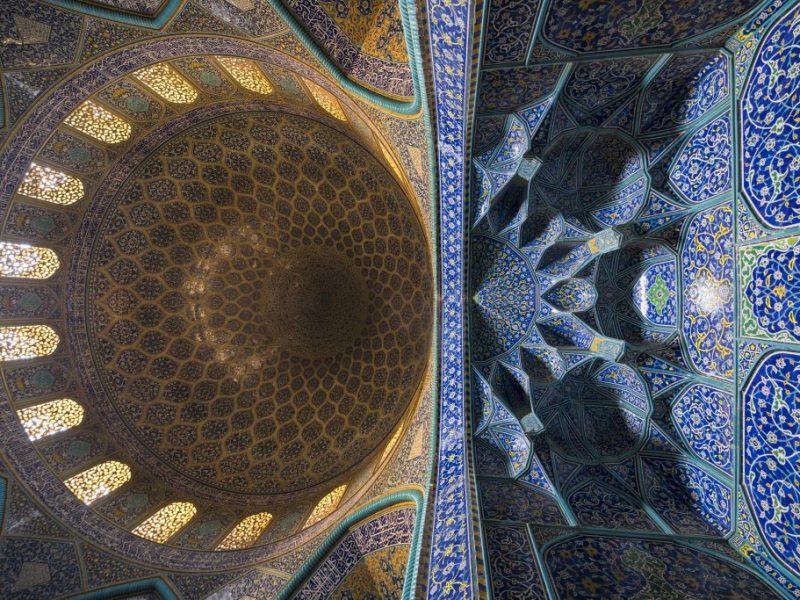