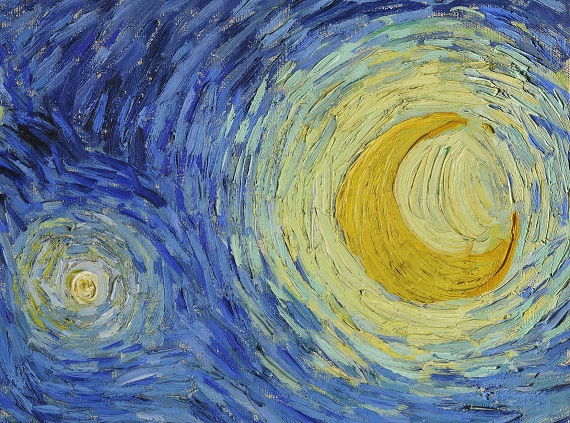 Anecdotally, 2016 was a year of transition and change in much of the western world. Some events could be described as tragedy, others as cause for celebration.

Regardless of how you feel about this year, Wikipedia editors were there to help you understand what happened in 2016 and then some. Here is 2016 as seen through the most-edited articles on the English Wikipedia, both for the full year and by month.

As might be expected, politics features heavily—given the vote on ‘Brexit’, which seems likely to end in the United Kingdom’s departure from the European Union, and the United States’ presidential campaign between Donald Trump and Hillary Clinton. Four of the top five most-edited articles related to the American election. A number of celebrities, politicians, and household names passed away, like David Bowie, Prince, politician Jo Cox, Cuban leader Fidel Castro, boxer Muhammad Ali, and singer Christina Grimmie. All showed up in either the full list of most-edited by year/by month breakdowns, but are dwarfed by the article on deaths in 2016. Similar to last year, it was by far the most-edited of the year.[1]

Terror attacks struck Brussels, Belgium; Nice, France; Munich, Germany; Istanbul, Turkey; and many other locations. Violence and war in Syria continued to rage, leading Wikipedia editor Małgorzata Kulbaczewska-Figat to ensure that the Polish Wikipedia had “a decent, up-to-date, balanced article” on the Battle of Aleppo (pl).

And the 11.5 million documents in the Panama Papers revealed global corruption on an unimagined scale.

Wikipedia editors do not appear to be immune to that phenomenon; they consume, edit, and expand upon the information available. When these events strike close to home, one editor suggested that editing can have a cathartic effect. René Pigier helped chronicle last year’s Paris terror attacks on the French Wikipedia. “Creating and copyediting those articles helped me to heal,” he said, “by doing some rational thinking and gathering potentially interesting information.” But amid the dark, there is also light. The Chicago Cubs’ victory in the World Series, their first championship in 108 years, shows up at eleventh in October. The films Deadpool, Jungle Book, Ghostbusters, and Fantastic Beasts and Where to Find Them, the mobile phenomenon Pokémon Go, and the albums Views and The Life of Pablo were all released to the joy of millions. 2016 in South Korean music was updated so frequently as to be the tenth most-edited article for the year.

From sports, the Cubs had their history-breaking win, and a slew of Olympics-related articles virtually took over the month of August, including a medal table, chronological summary, and several country-based lists. Tennis’ Australian and French Opens were updated often during the months they were held, suggesting a sort of second screen effect.

And there’s always science to look to. There’s still a hypothesized ninth planet in the far outer Solar System, and the first observation of gravitational waves was announced in February.

We also found that Wikipedians’ drive to share free knowledge brought topics outside the time span of this year back to the forefront. Bailando 2015, an Argentinian dance show where dancers compete on live television, and the Beverly Gray mystery stories, published from 1934–55, were numbers ten and eleven on the year-long list (respectively). Others reached back a bit farther into history. Four Wikipedia editors collaborated to rewrite the article on Vincent van Gogh, one of the most well-known painters in Western art, and brought it to ‘featured‘ status, a quality marker awarded only after an extensive peer review process by fellow Wikipedia editors.

The effort required to rewrite van Gogh’s article was “enormous,” Wikipedia editor Victoriaearle told us, due to the amount of research, reading, and writing required. This shows up in the number of edits made by the four, which put it at the twentieth-most-edited article in the entire year. But having the help of others made it easier, fellow editor Ceoil said, as working “with others is always the most satisfying way to work through an article.” On their motivation for taking on such a task, Modernist told us:

More surprise contenders from centuries ago were two articles related to early Irish Christianity, which took several spots on the most edited list by month. Archdeacon of Kells was the seventh-most-edited article in September, and Manchán of Mohill, a Christian saint in Ireland nearly five hundred years ago, pops up at number eight in October and November.

Read on for the lists of most edited articles, for the year and by month. December (complete through the fifteenth)

[1] Wikipedians chronicle and sort these deaths by month, so starting in 2017 the page will redirect to a list of lists of deaths.

Our thanks go to the Wikimedia Foundation’s Aaron Halfaker for obtaining and tabulating the numbers. You can find more data like this on Meta.