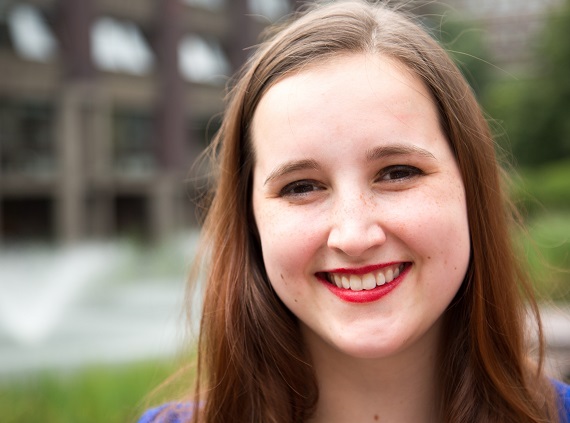 Almost one year ago today, the Wikimedia blog wrote about Wikipedia editor Emily Temple-Wood and her personal stand against sexist trolls. The post described how Emily, a medical student at Midwestern University who edits as User:Keilana, would create a Wikipedia article about a woman scientist for every harassing email she received.

The response was incredible: BBC News, Buzzfeed, Guardian, Washington Post, Nautilus, Huffington Post, Jezebel, and many other media outlets wrote about her inspiring project. Even Backchannel covered it as late as last month.

Temple-Wood was astonished at the coverage the blog post received. At the time, Temple-Wood was in her final undergraduate semester and had no illusions that her story would extend around the world. “Writing about women scientists seemed like such a special interest, where no one would really care,” she says. “Then my life suddenly turned into simultaneously doing a bunch of things—I’d be taking calls from reporters in between classes, labs, shadowing doctors, and trying to get everything together before medical school.”

But she is quick to give credit to some of the great projects full of collaborators who are working to address the gender gap on the English Wikipedia, where women only make up 17% of biographies on the world’s largest encyclopedia. Temple-Wood helped found WikiProject Women scientists, an effort to ensure that these notable women are well-covered on Wikipedia. Rosie Stephenson-Goodknight (third from left) with Temple-Wood and other attendees at the 2016 Wikimedia Conference. Photo by Zachary McCune/Wikimedia Foundation, CC BY-SA 4.0.

Temple-Wood’s friend Rosie Stephenson-Goodknight, who shared the 2016 Wikipedian of the Year Award with her, helped found Women in Red. That project, dedicated to turning “red links” blue by creating articles for women without them, has now created 37,000 articles about women that weren’t covered before in English.

That impressive number moves the needle a bit. But did Temple-Wood’s editing, even when coupled with the efforts of many other editors, really make a difference in the encyclopedia’s coverage about women scientists given the vast expanse of an encyclopedia with 5.4 million articles in English alone?

The answer, one year after the headlines, is an unequivocal yes.

Aaron Halfaker, the Wikimedia Foundation’s principal research scientist, has been experimenting with new ways to measure content coverage in Wikipedia.  “Usually we measure the growth of Wikipedia in numbers of articles, but it’s important that we also account for the completeness of those articles,” Halfaker argues. “Having a Wikipedia full of half-written articles isn’t as valuable as a Wikipedia full of high quality articles.”

He’s developed a strategy that uses artificial intelligence to learn from Wikipedians’ evaluations of quality, filling in the blanks between manual evaluations (see related report about the modeling strategy).  “The result is that we can see clear trends how and where Wikipedia is growing in quantity and quality,” he says.

Then Temple-Wood and a plethora of collaborators formed projects and started work, and we see a sudden and abrupt shift.  By 2014, they had completely closed the gap, and they didn’t stop there—the graph clearly shows that the quality of articles about women scientists is about a half-step above the quality of the rest of the encyclopedia, and this trend isn’t showing any sign of slowing down. For Temple-Wood, whose life is now filled with medical school, WikiProject Women scientists and Women in Red are proofs of concept. “A group of people chipping away, bit by bit, can make a major difference. We got the ball rolling in 2013,” she says, and in the intervening years “the percentage of women’s biographies has gone from 14 to 17%, an incredible feat.”

For those experiencing online harassment like her, Temple-Wood says that there is no way to beat them—but “you can make sure they don’t get the better of you, and writing about women scientists is how I do that.” As examples of the stubborn hold of sexism, she points out the people who have asked if she had sex with powerful men to get into medical school or be named co-Wikipedian of the Year. “But I’m the one making a difference,” she says. “I’m the one leaving a mark. I and all of the other people in these projects are bringing these fascinating and awesome women to light.”

Halfaker has termed this difference-making the “Keilana Effect,” named after Emily’s Wikipedia editor handle. It is not just data; it is evaluative data from artificial intelligence that is making Wikipedia better every day. It measures not just articles, but impact.

What was inspirational on last year’s International Women’s Day was not just symbolic. It moved the needle in a very real way. One of the many mantras of the Wikimedia movement is “One edit can make a difference.”

Emily made a difference, taking resistance to feminism online, and flipping it, judo-like into a positive that can be measured, proven, and prototyped. That’s not symbolic. That’s real change.

You can help Wikipedia address a different gender gap by liking our Facebook page, where our Women’s History Month promotion is running all month. Add our “I (love) Women’s History” profile picture frame to show support! 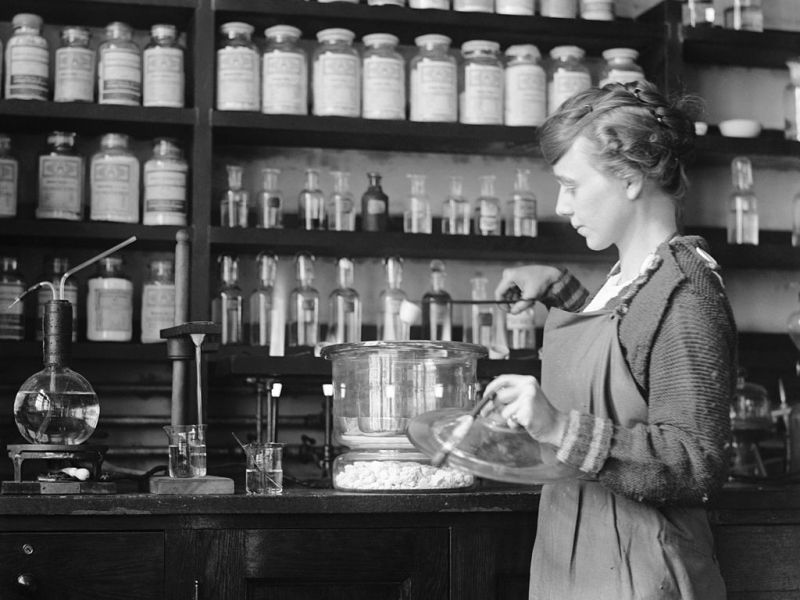 Women in Red is changing Wikipedia’s coverage of women, one article at a time

The news that optical physicist Donna Strickland did not have a Wikipedia page before winning the Nobel Prize in Physics brought renewed attention to Women in Red, a long-standing volunteer effort to add more biographies about women to the encyclopedia. After the announcement, the Women in Red WikiProject had one of their best weeks ever,….