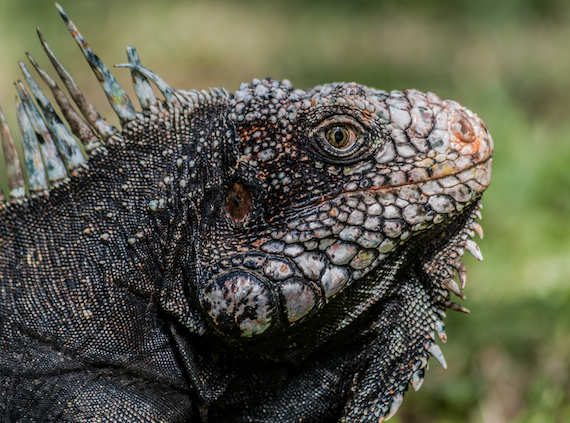 Wilfredo Rodríguez was born in a modest Venezuelan house, not unlike the one seen above, on the small Caribbean island of Margarita. Its size, however, does not measure up to its beauty and cultural heritage—and that’s something Rodríguez, better known on Wikimedia projects by his username “The Photographer,” helps the world understand.

Rodríguez joined the Wikimedia movement over a decade ago, during which time he has contributed over 40,000 images to Wikimedia Commons, the free educational media repository. Unlike many others, he has actively decided to release many of his photos into the public domain, giving up the right to be credited when his work is shared.

His photos have been displayed in some of the world’s largest exhibitions, and hundreds of his photos are promoted by the Wikimedia community as featured photos and quality images, the highest quality markers on the project.

Rodríguez’ early childhood gives us a clue as to what he would eventually bring to that open movement. An Iguana in Venezuela. Photo by The Photographer (Wilfredo Rodríguez), public domain. When Rodríguez was growing up, a spring would continually bubble up from a hill near his house, creating a small river. He found himself fascinated by the natural phenomenon and the animals nearby that depended on it for survival, so much so that he took to carrying a notebook to sketch the trees and iguanas that lived there. In fact, his interest was so keen that his childhood nickname was ‘iguana’.

His childhood was, however, not entirely spent underneath these trees: “I do not remember feeling any lack or need during my childhood,” he says, “but in my adulthood I discovered that my parents sometimes didn’t eat to feed me and my sister during the 1980s crisis in Venezuela. It was a very difficult period for my country, in which I managed to continue studying.” Despite the ongoing crisis, Rodríguez was able to attend a local university and chose to specialize in systems engineering, a less preferred yet promising field of study when considering the best job opportunities. Rodríguez excelled in the field and graduated with the second highest scores in his class. Given his photographic interests today, it does not take a rocket scientist to guess what his family graduation gift to him was.

“My first camera was a great financial burden for my family,” he says, “but it was a graduation gift. I remember that it was a generic Chinese brand and could only take three-megapixel photos. Still, it allowed me to do incredible things when using it in combination with magnifying loupes and some improvised binoculars.” Though he contributes mostly as a photographer today, Rodríguez’s first steps in the Wikimedia movement displayed a decidedly different area of interest. Rodríguez had first volunteered for Kiwix, the free software that allows searching and reading Wikipedia without an internet connection.

“I believe that something needs to be done to bring this knowledge to the remote areas of my country,” says Rodríguez, as he hopes to mitigate the impact of government censorship and what Human Rights Watch has called the “humanitarian crisis” happening in his country. “Those areas without the internet are in dire need of help,” he believes.

As part of the Kiwix project, Rodríguez installed the software in hundreds of information centers in Venezuela with the support of Emmanuel Engelhart, the developer behind Kiwix, and César Wilfredo, a fellow Wikipedian from Venezuela.

Rodríguez then began to turn his efforts to taking photos of his country and uploading them to Wikimedia Commons. This step was, in his words, “a way to protest” by finding a way to show the challenges of daily life there. “I always thought,” he says, “that what I was trying to show was more important than my life, because what I was doing was going to remain for future generations.” This sometimes included rather dangerous journeys:

I remember climbing the Bolivar and Humboldt peaks at 5000 meters (16,400 ft) above sea level to capture the melting of the mountains’ remaining glaciers. … It took eight days of hiking and climbing with 60-kilogram (130 lb) backpacks. The trip was very difficult and extreme. I had prepared for almost a year, but we still had serious issues with food after one of the members of the team left the group leaving us without food. We continued for 3 more days practically without eating.

I took some good shots; however, above 5000 meters, it is difficult to take pictures because of the lack of oxygen.

The most dangerous thing I did was to travel to ranches in Caracas, though, which was potentially fatal because of crime and anti-government protests taking place at the time of my trip.”

It is not an easy decision for a photographer to give up their rights in a photo by sharing it in the public domain, especially when there is a long and arduous adventure behind it, but Rodríguez had a different view about this: “I think the message is more important than the author. I know that for some photographers it is important that they receive credit for the photo, and I respect that opinion, but I don’t think about my work this way.”

As a result, Rodríguez had his photos exhibited at the French National Museum of Natural History, Encyclopedia Britannica, local galleries in Maracaibo, and many other places.